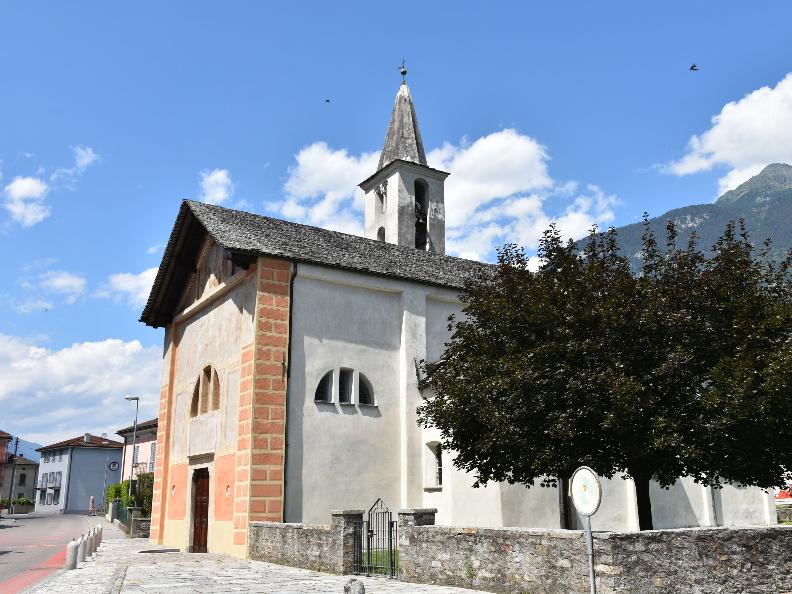 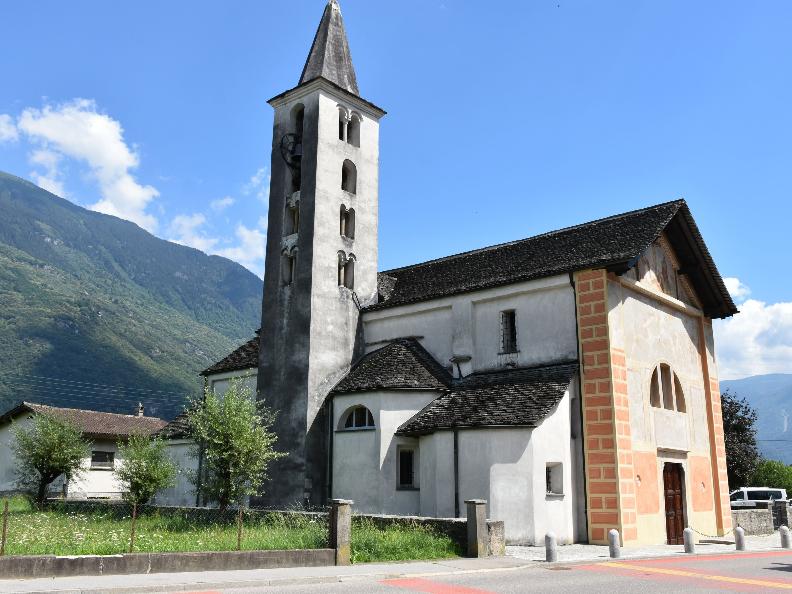 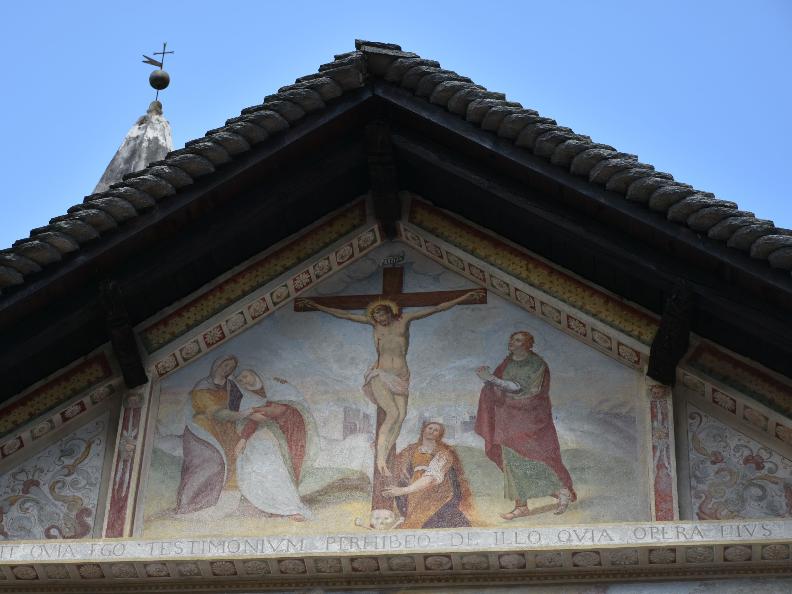 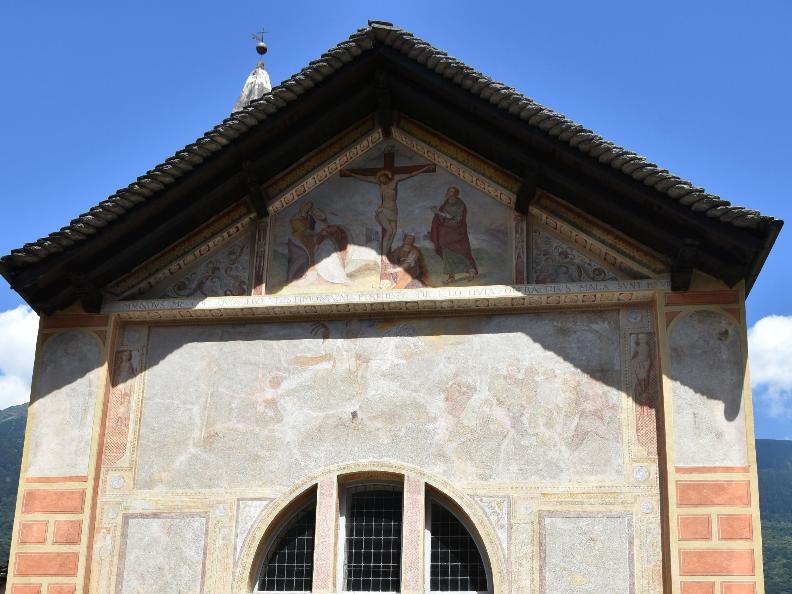 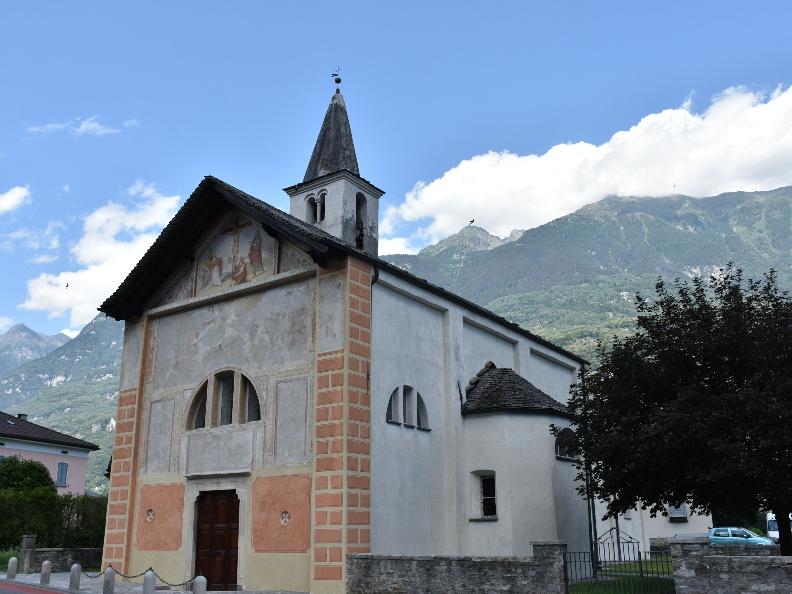 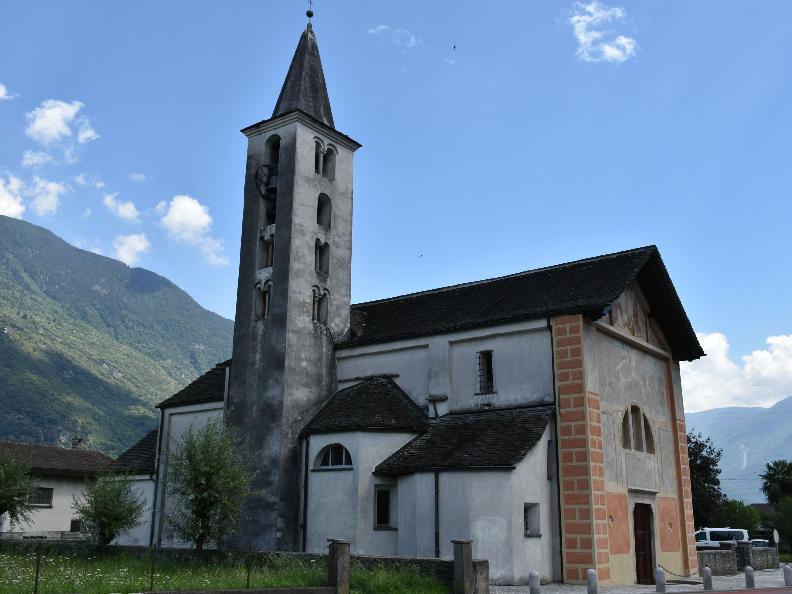 The parish church of Saints Simon and Judas was built in the Middle Ages, renovated, as the date above the portal indicates, in 1533, transformed in the 17th century and restored in 1964-1966.
The bell tower is partially Romanesque. On the facade frescoes dated 1627: adoration of the Magi, Saints Simon and Judas, St. Ambrose and the Battle of Parabiago, a Crucifixion.

Inside, the nave has a barrel vault with lunette arches; the space is divided into three bays; there are two polygonal chapels. The stucco decorations on the vault and on the triumphal arch are interesting; the figures are polychrome and gilded while the decorative parts are white. On the sides of the choir, in the lunettes and on the triumphal arch there are some 17th century frescoes.

The richly carved wooden altar from 1662, in the shape of a small temple, is of considerable value and is similar to that of Sessa.
In the side chapels there are numerous stuccos made by several hands; in the niches the stucco altars contain a statue of the Madonna and a Saint Charles; on the walls scenes of the Rosary with figures of saints and of Cardinal Federico Borromeo. Paliotti in scagliola (1730).

On the right pillar there is a trace of a fresco depicting the Virgin dating back to the first half of the 16th century.