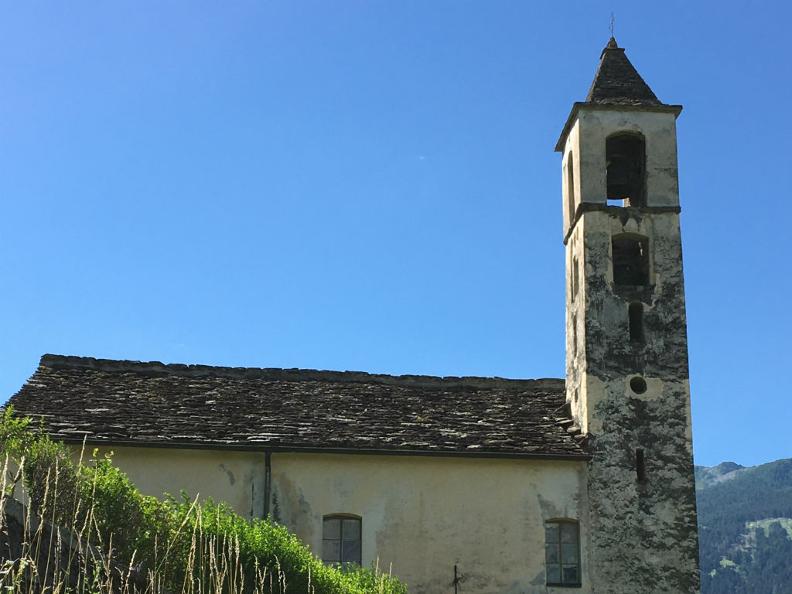 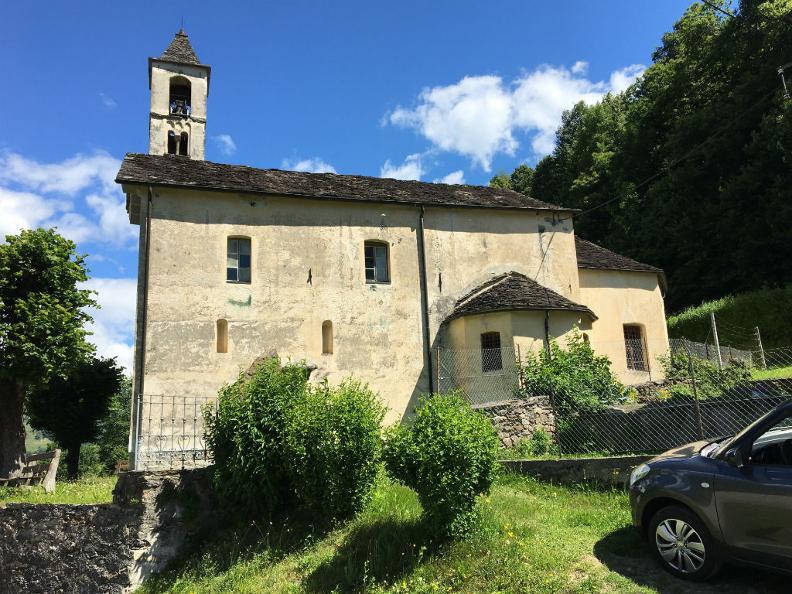 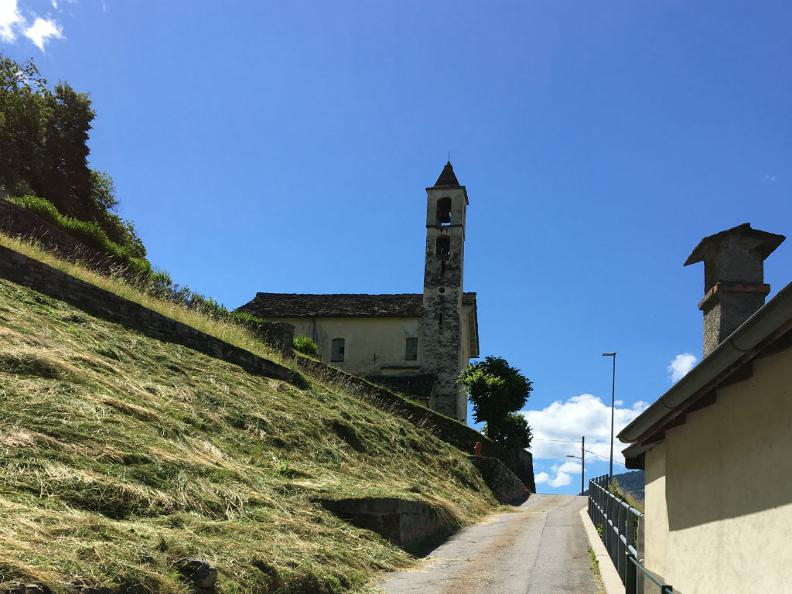 The church of Saints Peter and Paul is documented in the 13th century as dedicated to Our Lady and is a single nave building completed by a polygonal choir. Of the Romanesque church are the bell tower to the north-west, two single lancet windows on the south side and a fragment of a painted frieze on the right wall of the nave.

The Baroque additions in 1632 led to the raising of the nave and the construction of the choir and side chapels. It underwent restoration and renovation in 1945-1946. On the main facade there are frescoes of the Madonna on the throne and St. Christopher (end of the 15th century), and Saints Rocco and Sebastian (beginning of the 16th century). Inside the nave is covered with a cross vault; the choir and side chapels are decorated with stuccoes with angel musicians from the end of the 17th century.

The late baroque high altar of the 18th century in polished stucco is perhaps by Carlo Galetti and has an altarpiece with the Madonna and Child. On the choir walls: five frescoes in stucco frames, including the depictions of the two titular saints, from the end of the 17th century. The chapel of the Madonna on the left is dominated by the stucco coat of arms of the Scolari family (Johann Franz Scolar was bailiff of the Blenio valley in the years 1680-1682 and 1698-1700; the stucco altar bears the wooden statue of the Madonna and Child from the 17th century. In the nave there are paintings and statues from the 17th and 18th centuries, some of which come from the ancient oratory of the Immaculate Virgin of Terzeghino.

Guided tours in Bellinzona and Valleys

Guided tours in Bellinzona and Valleys