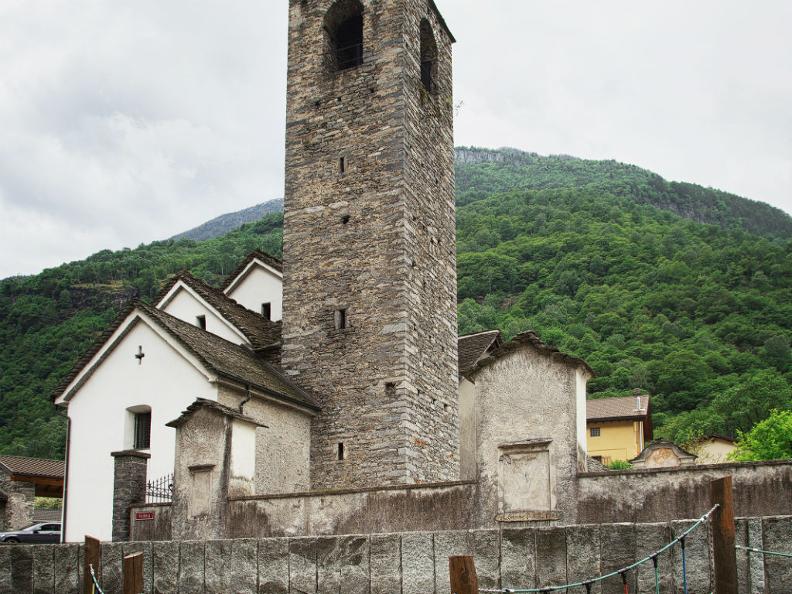 The church of the Martyrs Maccabei, originally dedicated to St. Eusebius and already documented in the thirteenth century, dates in part to the late Middle Ages.
Inside, the single nave is covered by a lowered barrel vault. The frescoes in the choir, reminiscent of those in the chapel of Saint Petronilla in Biasca and which could be by the same hand, date back to the 17th century: the Evangelists, episodes from the martyrdom of the Maccabees, the Crucifixion and the Passion, as well as Saint Eusebius, the ancient patron saint, are represented here. The marble altar is from the late Baroque period. In the chapel on the left, the stucco decorations that frame scenes dedicated to the Virgin of the Rosary are of good workmanship and date back to the seventeenth century. The frontal in scagliola is eighteenth century.