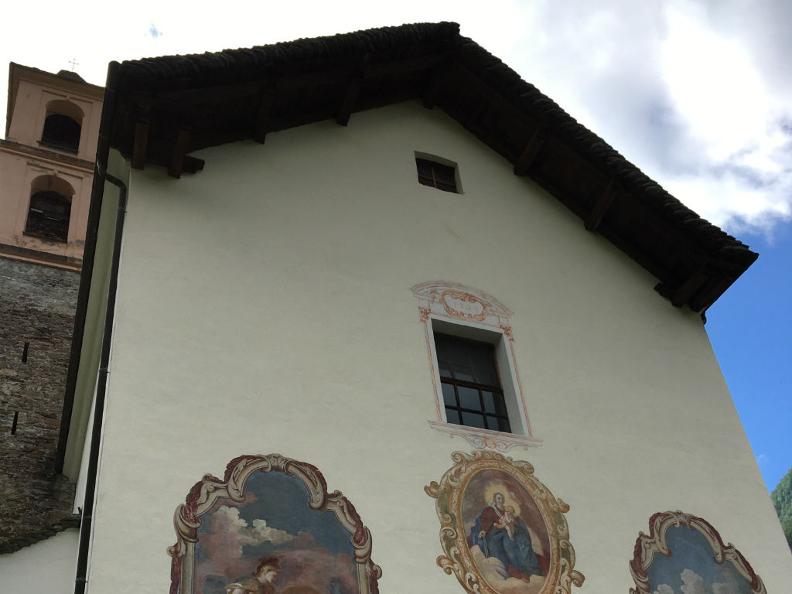 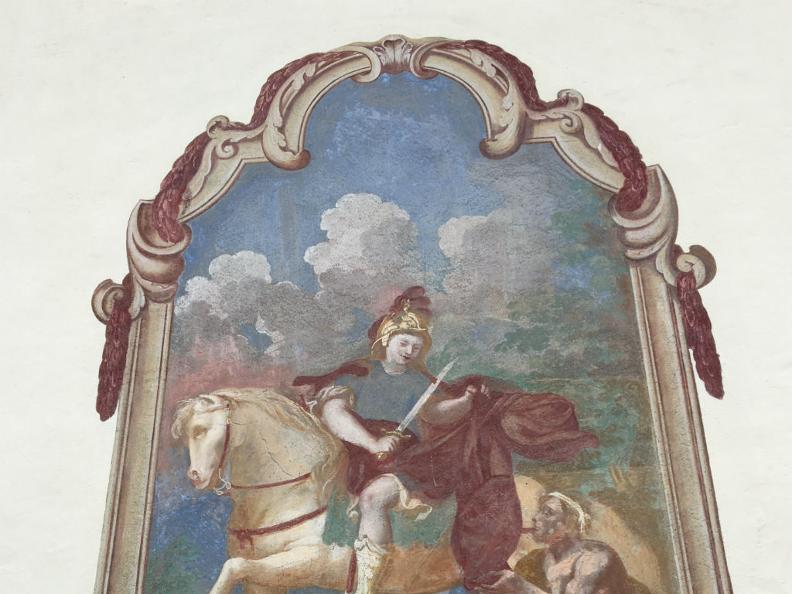 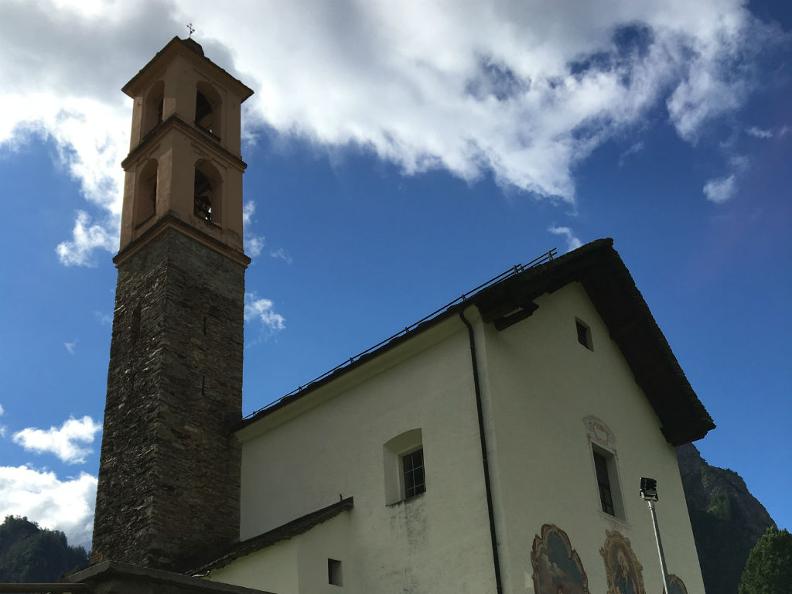 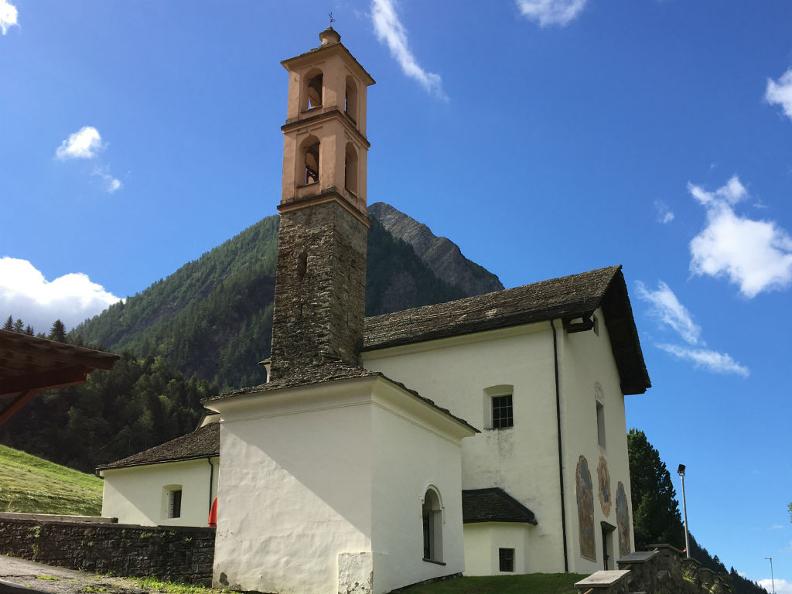 The church of St. Martin and St. George, already documented in 1215, was rebuilt in the 18th century in the Baroque style. On the facade there are three frescoes of good workmanship depicting the patron saints and the Madonna.

The interior, a bit bare, has a barrel vault and polygonal choir. On the triumphal arch there is a crucifix from the fifteenth century. Along the walls of the nave there are some chapels: in the one dedicated to the Virgin the decorations that frame it, as well as those that appear on the vault, are of good quality and date back to the '700. The wooden figure of the Baptist above the baptismal font is from the mid-seventeenth century.