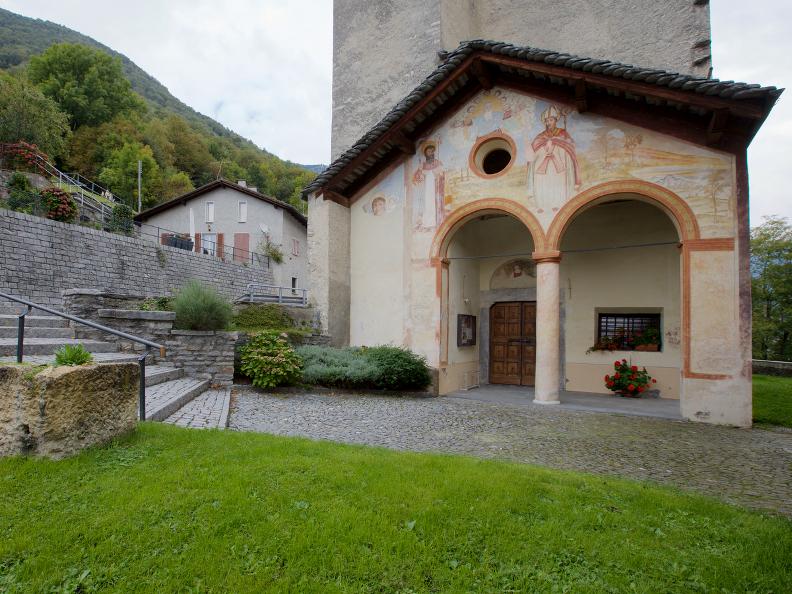 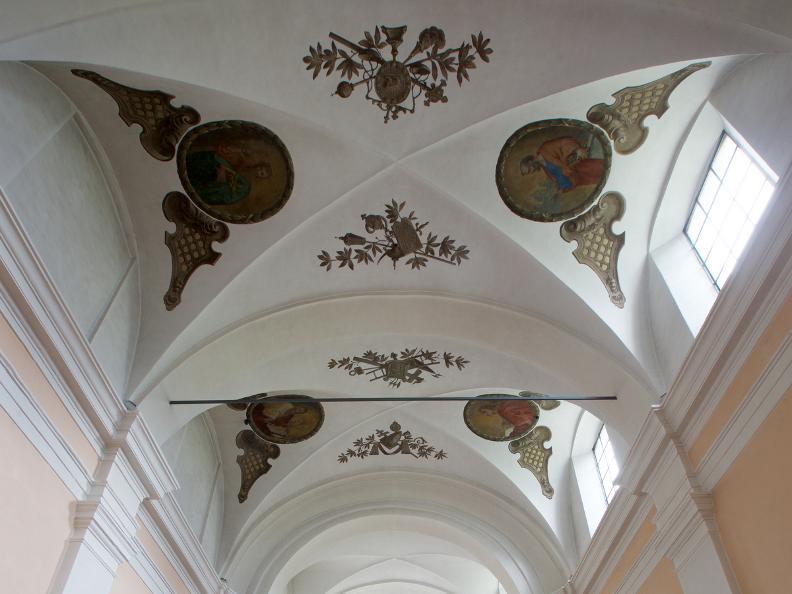 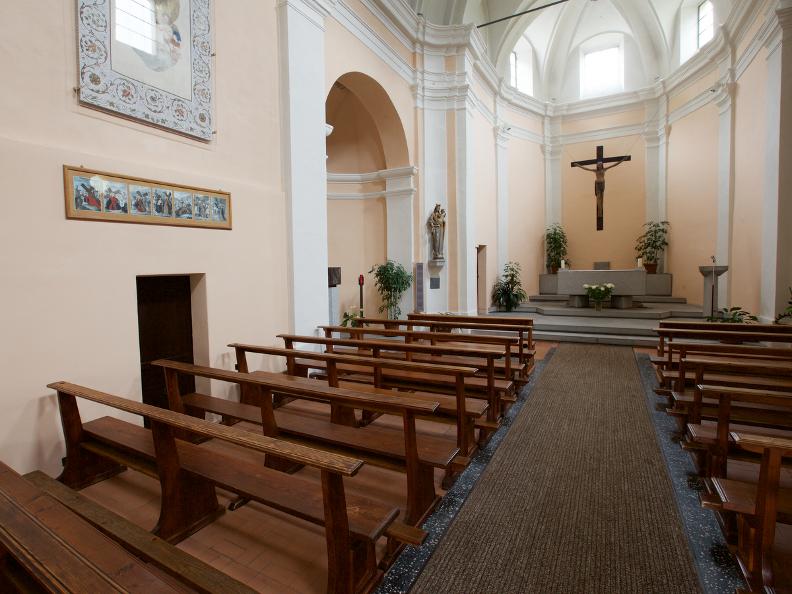 First mentioned in 1371, the current single-aisle church with two side chapels and polygonal choir dates to the 16th century and was reworked in the 17th and 20th centuries. Restoration work was carried out in 1982 and 2000. The main façade is preceded by a solid bell tower and a double arched portico embellished with naïve frescoes on the front, which have been reworked several times; the gable features the patron saints watched over by God the Father; to the left there is a fragment of St Christopher with the Christ Child. In the portal lunette there is a fragmented fresco of the Madonna and Child between St Anthony and St Abundius. The interior is elegant, with a groin-vaulted ceiling. Late 19th-century paintings embellish the aisle. The choir houses modern church furnishings. Above the altar is a wooden crucifix. The wooden tabernacle was made by Ugo Cleis in 1967.