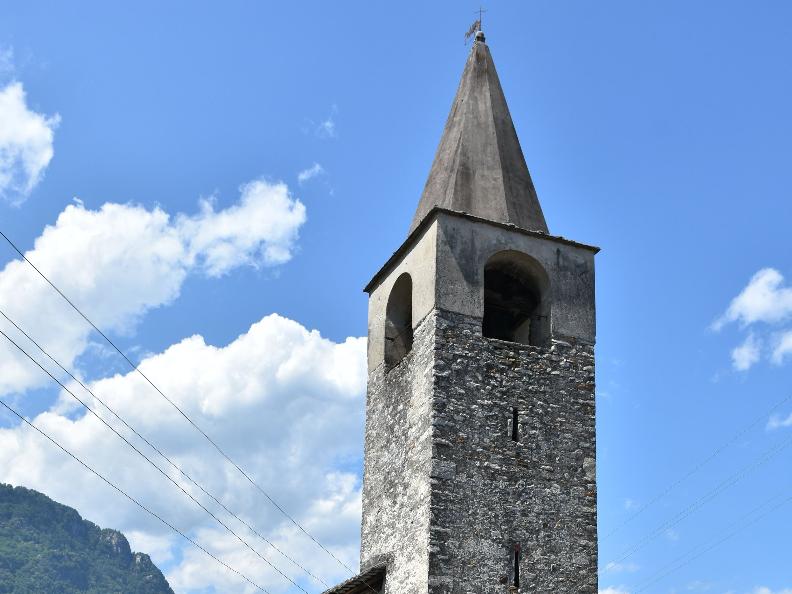 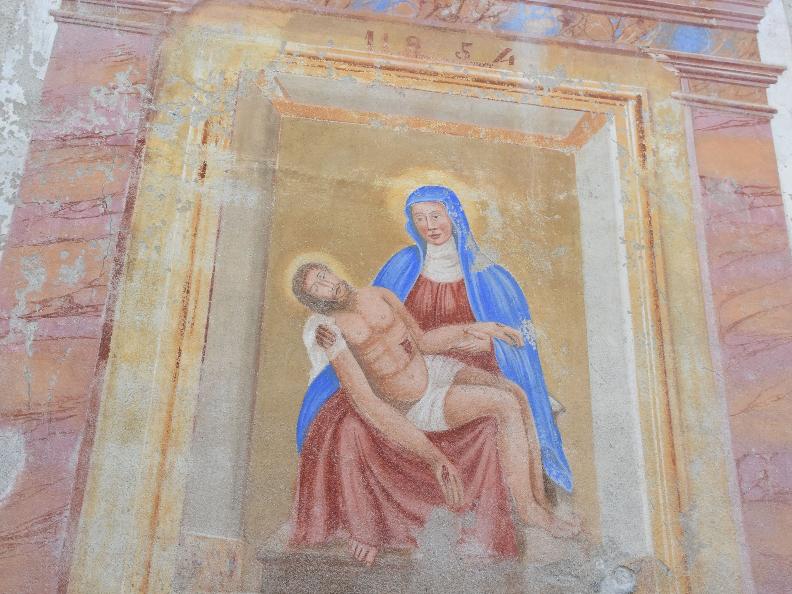 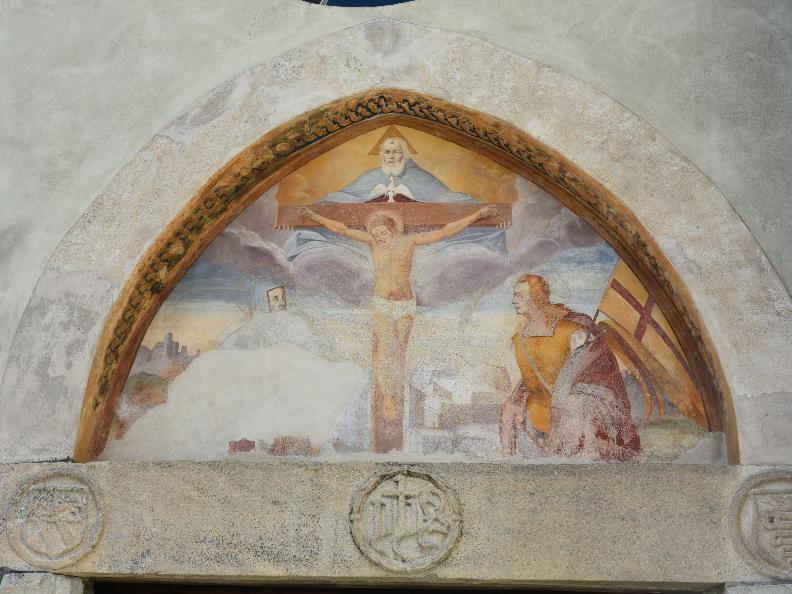 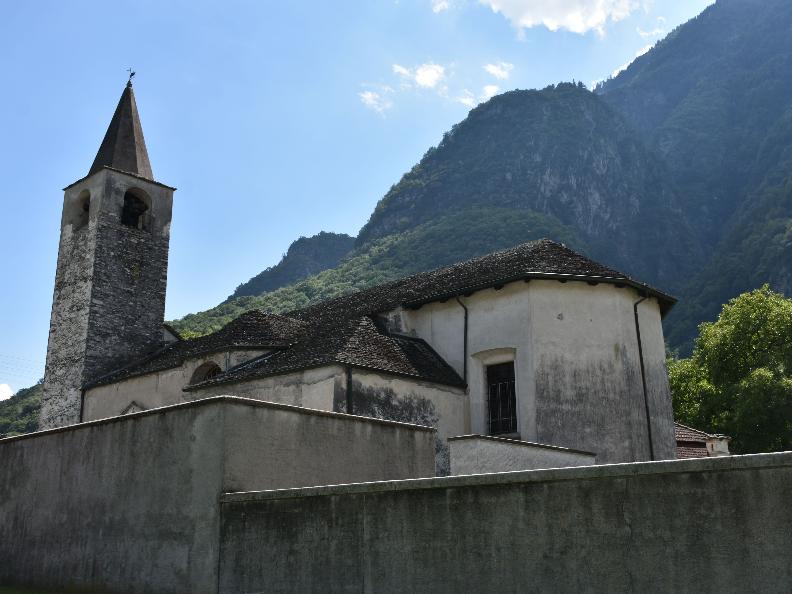 The church of San Vittore dates back to the 13th century but was completely rebuilt in the 15th century and rebuilt in the 18th century. The building has a polygonal choir and an imposing bell tower. Above the main portal a lunette with a fresco of the Crucifixion of the seventeenth century, on the left a large figure of St. Christopher (eighteenth century).

On the lintel there are medallions with coats of arms of Bellinzona, of the Muggiasca family (or Pusterla) and a monogram of Christ. On the side door there are traces of a sixteenth-century frame; in the lunette there is a stucco Madonna on the throne (sixteenth century); on the part above it there is a fragment of a fresco depicting Saint George and the dragon.

Inside, along the left wall, a late Gothic fresco, widely repainted, depicting Saints Nicholas, Martha and Barbara. In the choir there is an illusionistic fresco with the Glory of St. Victor Maurus and on the triumphal arch an Annunciation, probable works by Carlo Biucchi (about 1750). Interesting altar with wooden ciborium of the sixteenth century. In the chapel of the Rosary, seventeenth-century stuccoes and, above the altar niche, a bas-relief of the Annunciation.