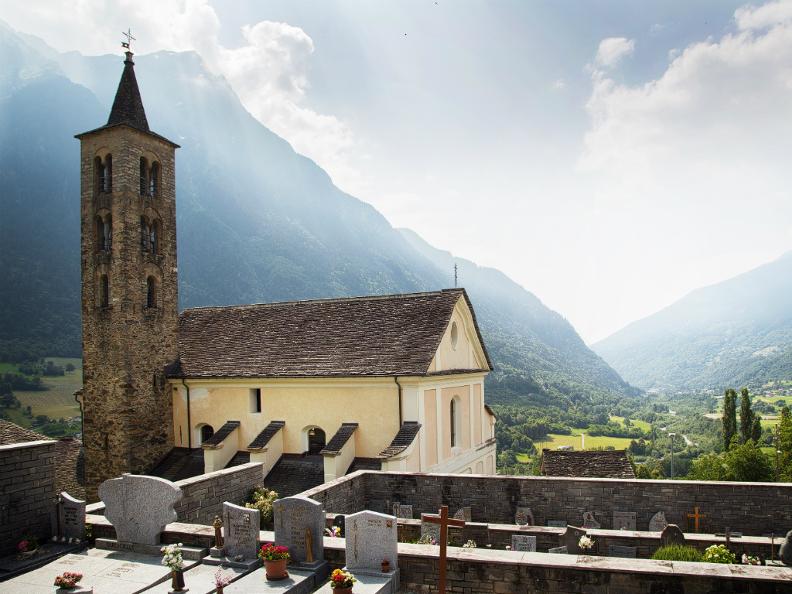 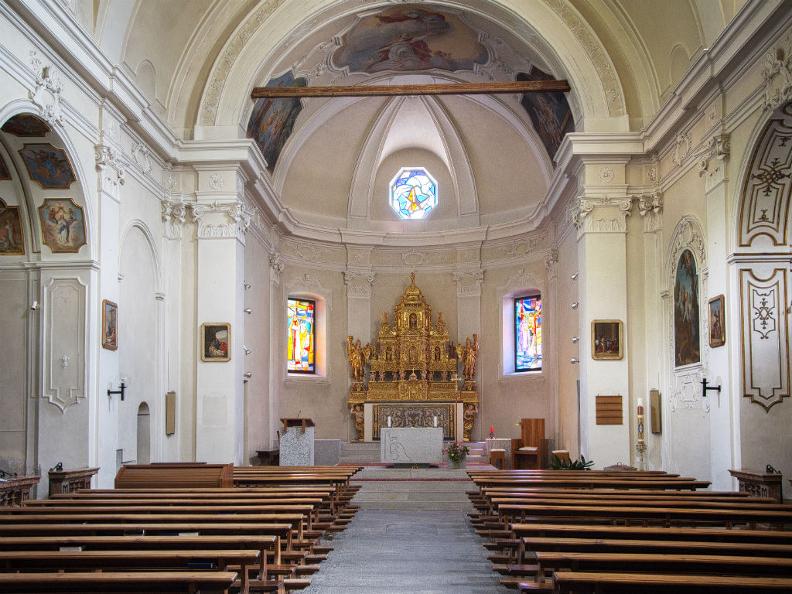 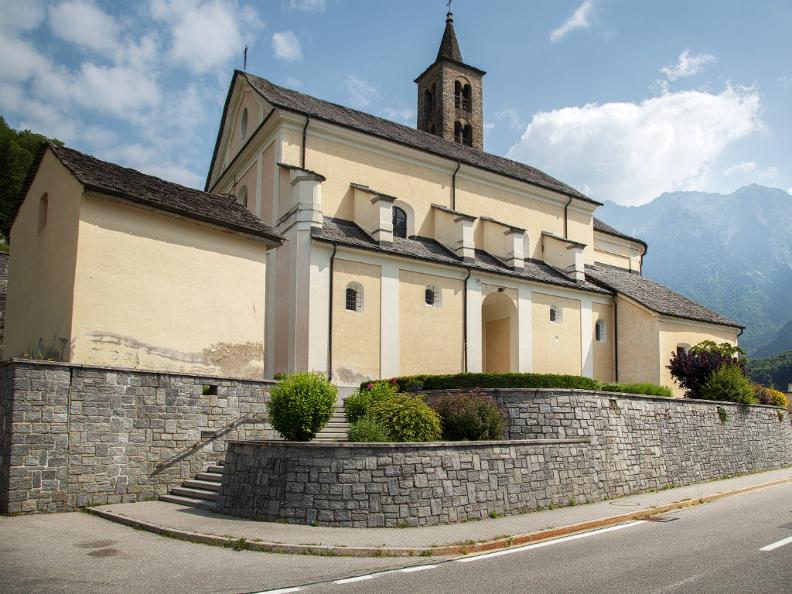 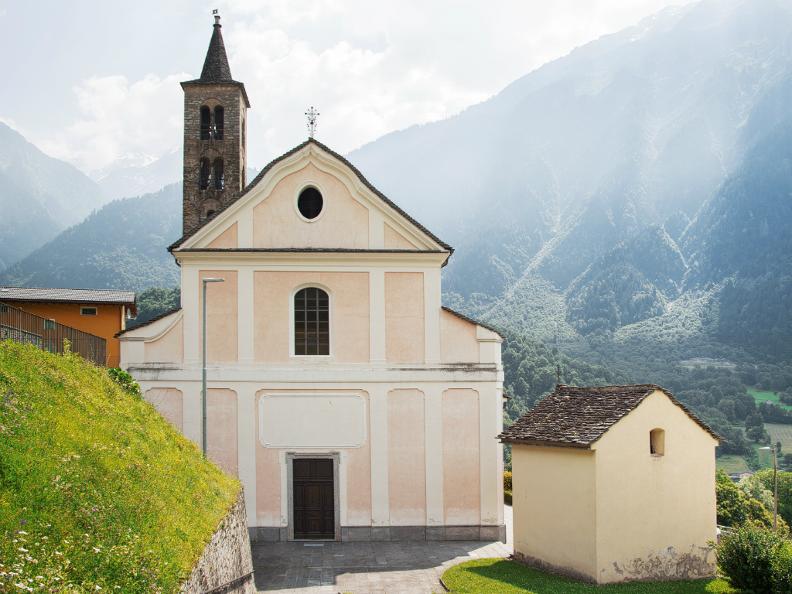 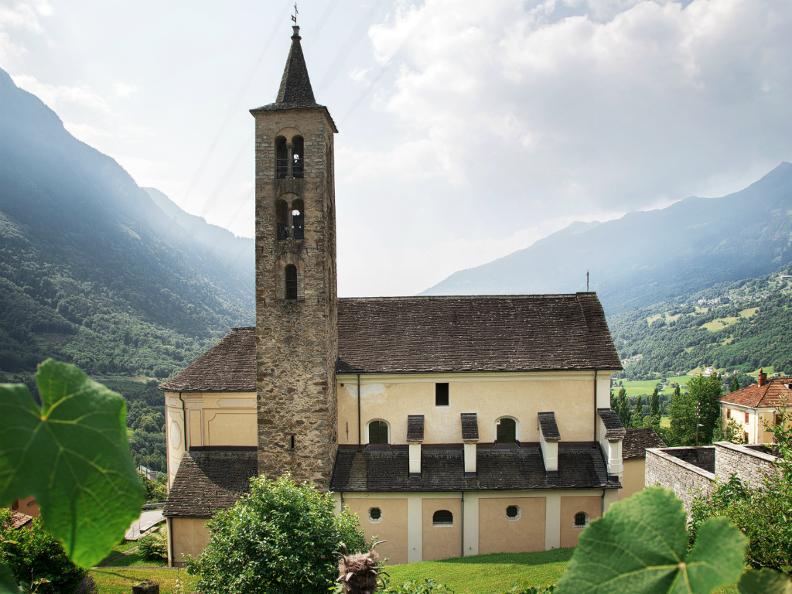 From an old article there was news of a first construction in the sixth century and a second construction in the same place, dated 1200. Between 1733 and 1745 the church was completely rebuilt with a single nave, with side chapels decorated with 18th century stuccoes and frescoes. Carlo Biucchi executed those of the chapel of the Madonna del Carmine.

On the churchyard, the Chapel of the Dead bears a fresco by the same author, depicting the Resurrection of the Dead. It was recently restored by A. Balmelli.

The Romanesque bell tower was damaged by lightning in 1951 and during the restoration work it was raised a few meters.