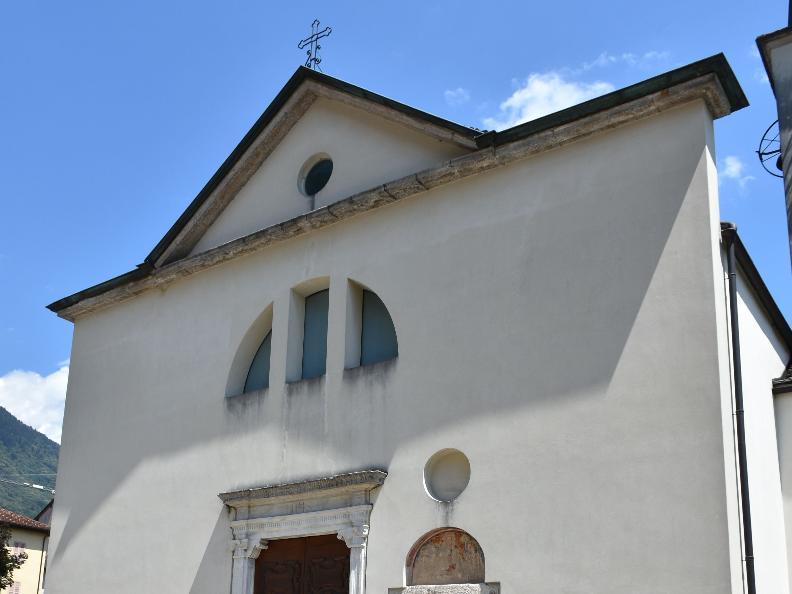 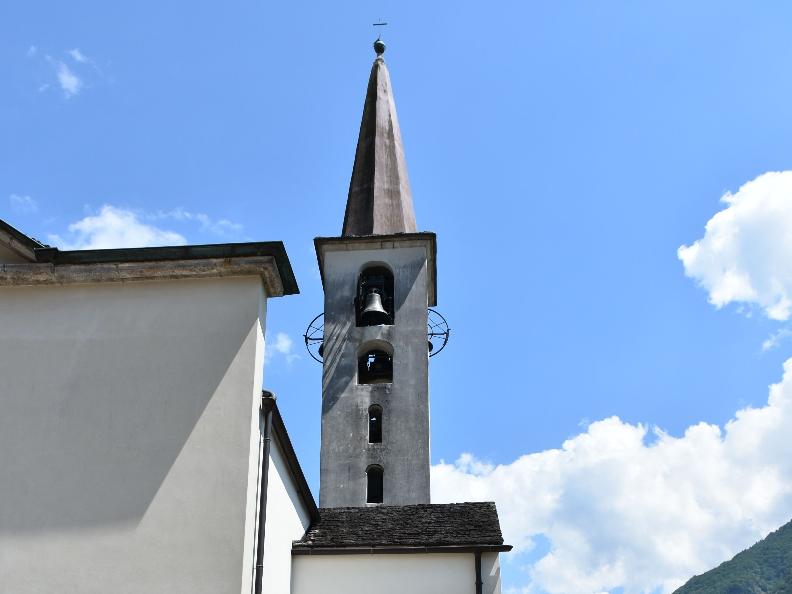 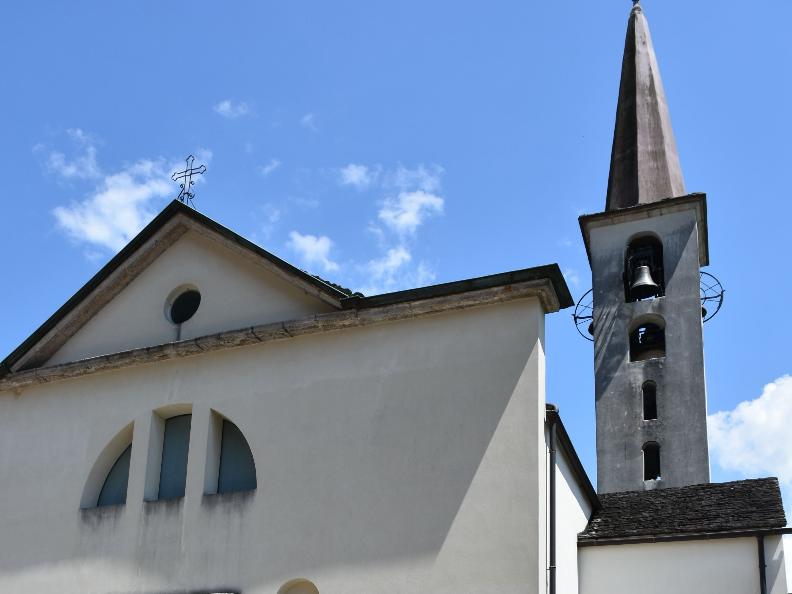 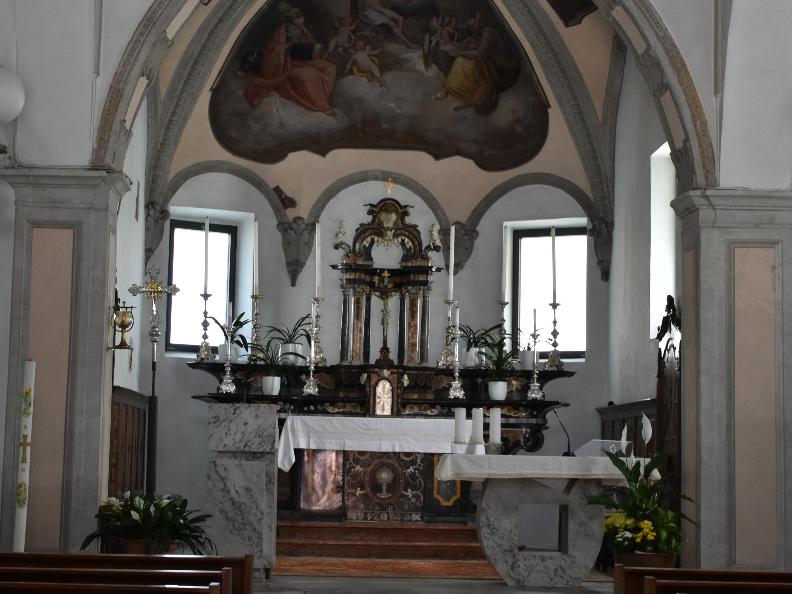 The church of San Mamete was rebuilt in 1530 on a pre-existing building and already documented in 1237. The lower part of the Romanesque bell tower was partly rebuilt in the 16th century. The portal of the church, in stone of Castione, is worked; on the lunette there is a late Gothic fresco with Madonna and saints.

The interior with three naves has a rectangular choir covered with a cross and decorated with stucco in the sixteenth century. In the apse sixteenth-century frescoes, perhaps the work of Antonio da Tradate and his workshop, depicting the Madonna and Saints Sebastian and probably-Bernardino. The side walls of the nave and choir were frescoed in the 19th century. In the choir, however, there are also traces of Renaissance frescoes. The marble altar is eighteenth-century; the frontal in scagliola of 1748 is by Giuseppe Maria Pancaldi. On the sides of the presbytery there are two altars; on the left there are 16th century frescoes of the Madonna del Rosario, but painted again; on the right there is an 18th century rococo altar. The tabernacle in white marble of the XVI century is finely worked (angels, Christ, adoration of the shepherds).

The sixteenth-century octagonal baptismal font is very valuable and bears various symbols (the star, the flower, the lion, the cherub, the monogram of Jesus and the parish priest who commissioned the work, the death, Satan) and the two holy water stoups with relief representations. The treasure of the church is part of an ancient processional cross (XIV-XV century).