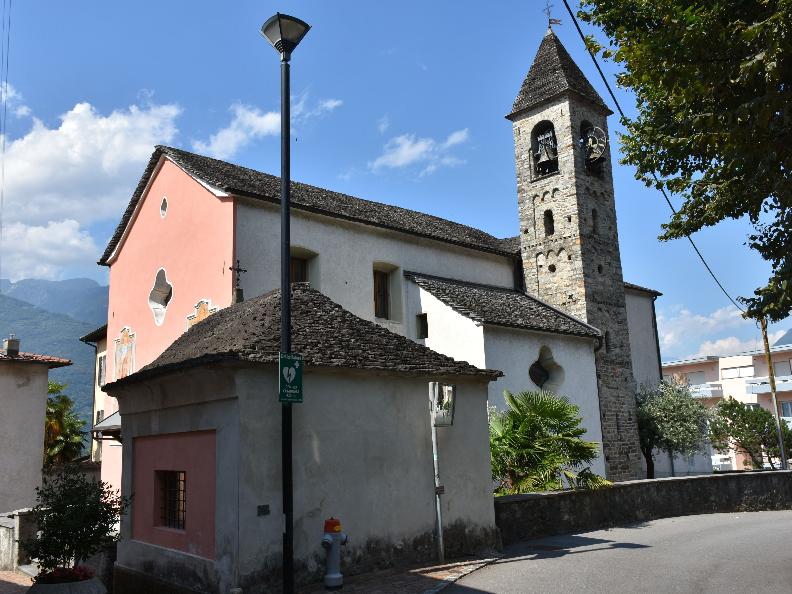 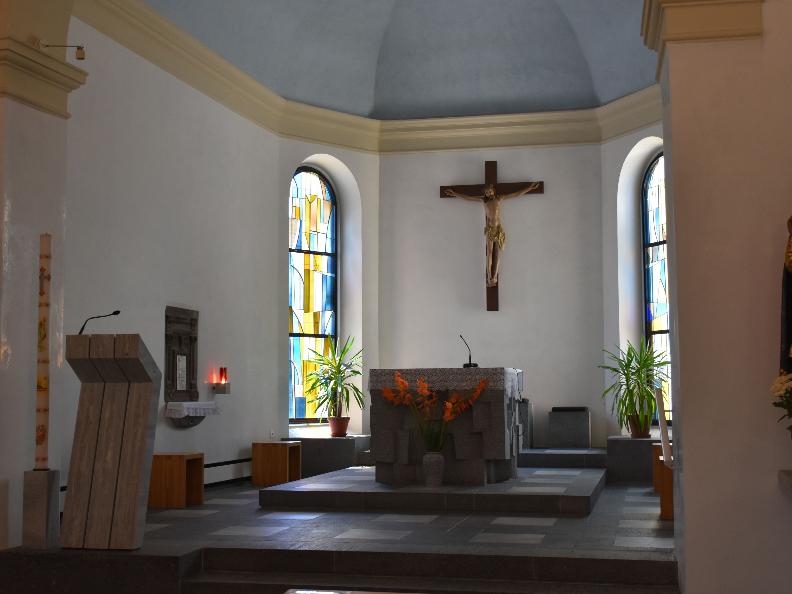 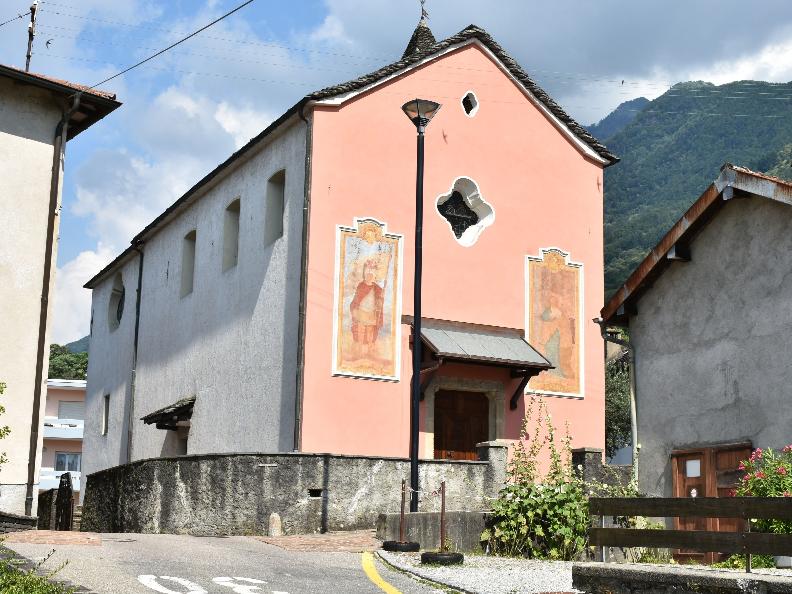 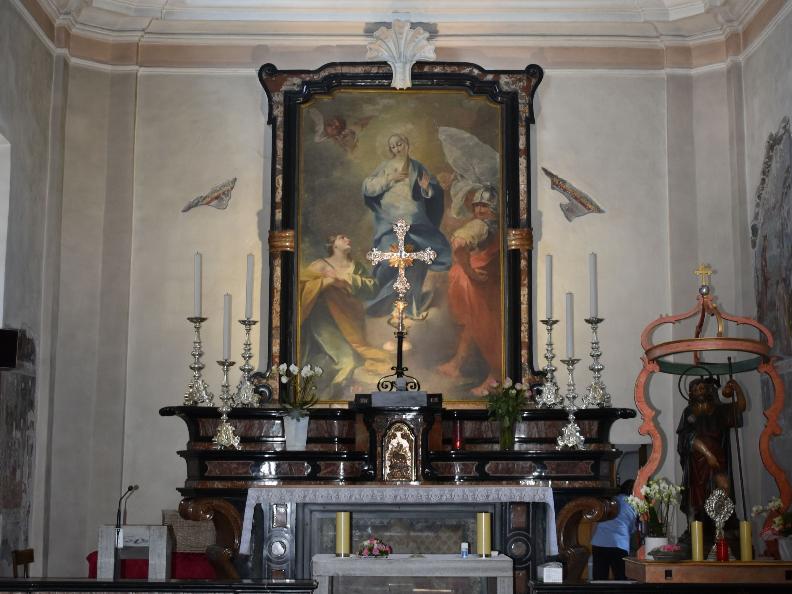 Only the bell tower remains of the ancient church of Romanesque origin, while the current building dates back to the sixteenth - seventeenth centuries with extensions in the nineteenth and twentieth centuries.

Inside, the frontal of the high altar contains a fresco by Nicolao da Seregno (1450), depicting Christ in the tomb with a background of curtains framed by the typical bands of fretwork. It is of the finest workmanship and recalls other similar representations made by the hand of the Seregnesi in the oratory of S. Bernardo in Monte Carasso, in S. Maria del Castello in Giornico, in S. Lorenzo in Lugano and in S. Anna in Curogna. The canvas with the Immaculate between Saints Agatha and Antoninus dates back to the 18th century. The polychrome scagliola frontal is the work of Giuseppe Maria Pancaldi (circa 1750).