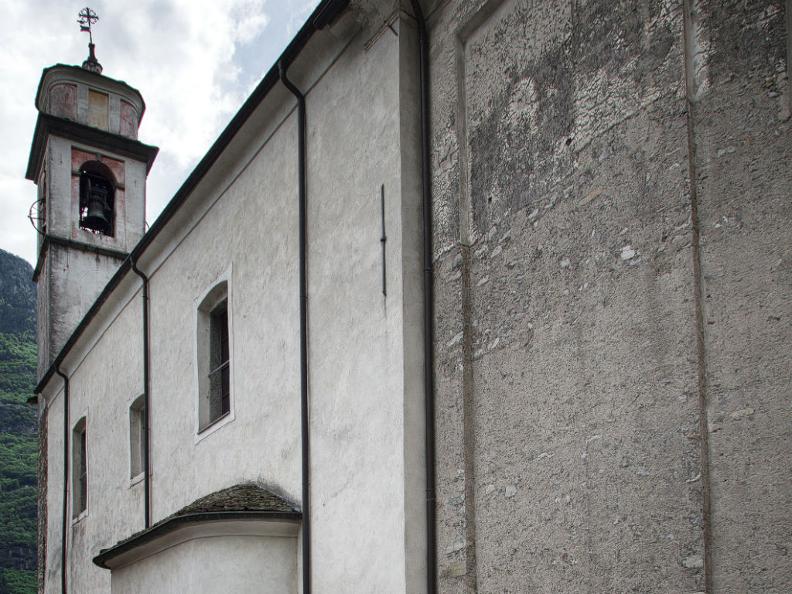 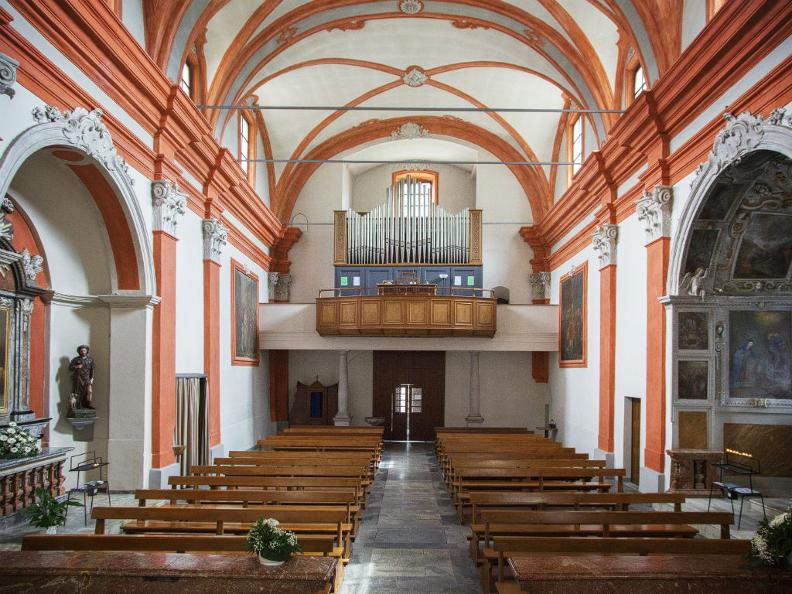 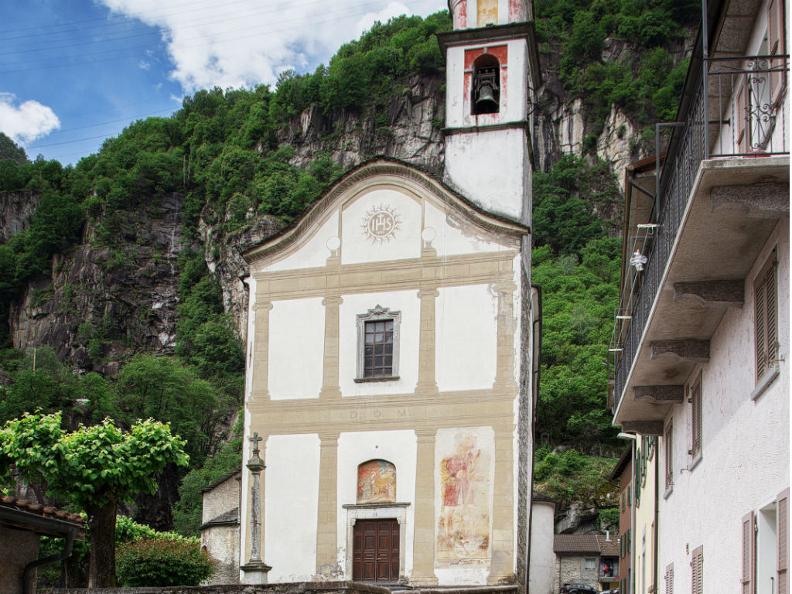 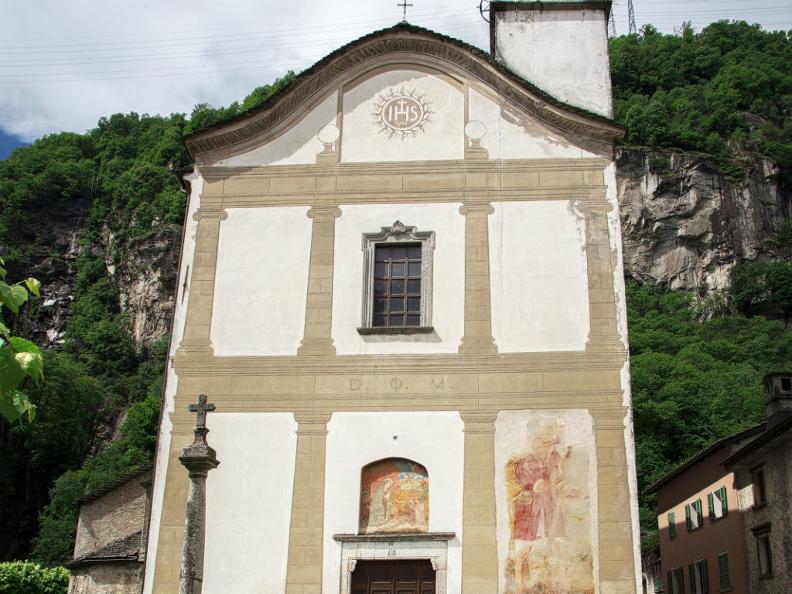 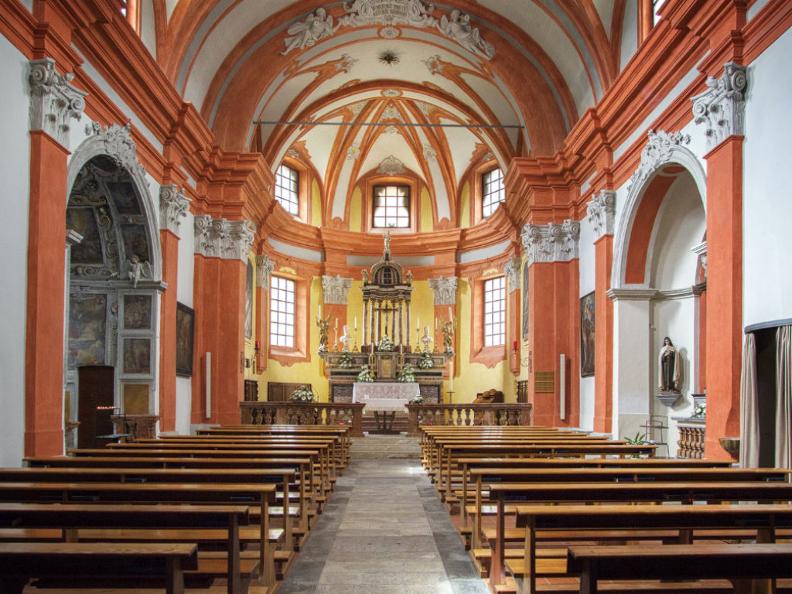 Located in the upper part of the village, the church of Sant'Ambrogio, already attested in the fifteenth century, is an eighteenth-century building in late Baroque style, the work of Tommaso Colonetti di Balerna. The bell tower shows Romanesque structures in the foundations. On the two-tier façade with central tympanum, the wall paintings are modern, while on the right, the fresco fragment with St. Christopher is from 1718. The portal with stone frame dates back to the sixteenth century, as well as, in the lunette, the fresco depicting a Nativity. In the right side door there is a stone frame with frieze and heads, perhaps from the 16th century.
Inside, in the polygonal chapel, stucco decorations in Rococo style (17th century) and a wooden statue of the Virgin from the same period. The canvases with scenes from the life of the patron saint are nineteenth-century.