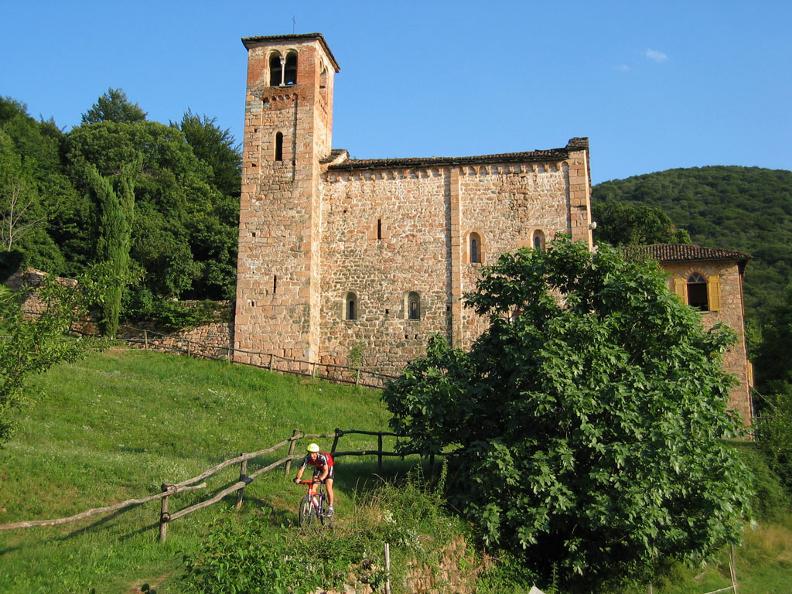 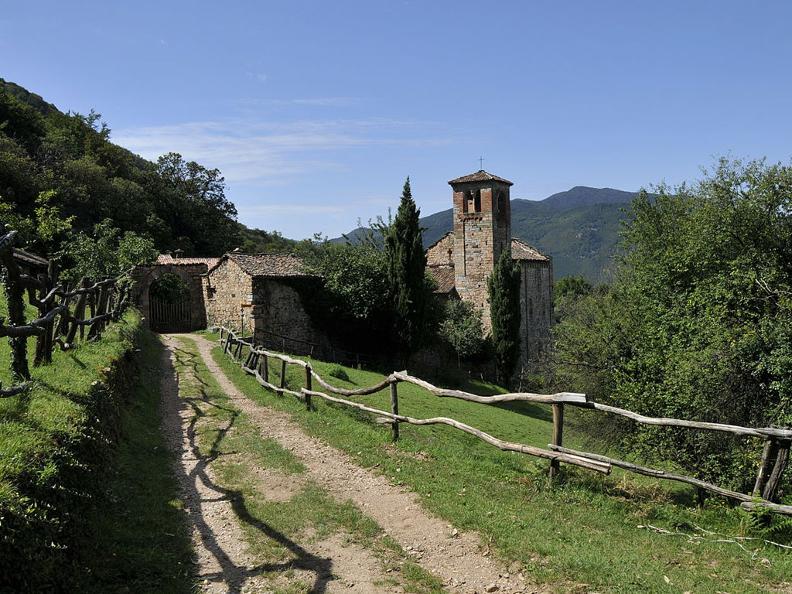 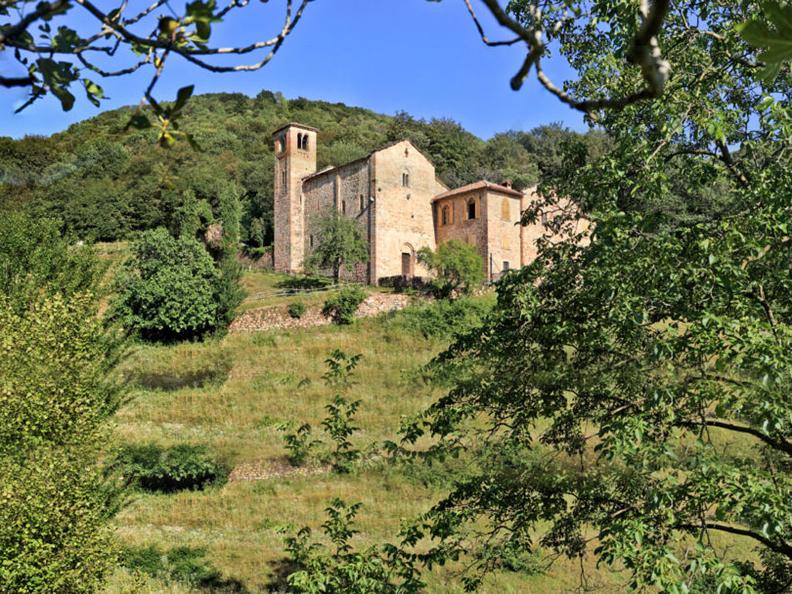 Following the hiking trail southwest, you will pass by the Shrine of Our Lady of Ongero, and then will reach Torello, where the small church of St. Maria Assunta is located. Established in 1217 by the Bishop of Como, Guglielmo della Torre, a native of Mendrisio. The church was originally part of the Augustinian monastery there, which was abandoned in 1389, and it is now a private residence. The building is Romanesque with a red porphyritic stone wall façade. The church’s exterior doorway is flanked by two slender columns topped with Corinthian capitals. A fresco decorates the archway above the door, and there are two frescoes that decorate the façade on either side of the door. The one displayed on the right is St. Christopher with Jesus on his shoulder, and considered one of the oldest frescos in Canton Ticino. The interior has a nave with two levels. Along the interior walls are fragments of frescoes, framed with a decorative border. It is commonly believed that given the “crudeness” of the lines, the interior frescoes were painted by a different artist than the one that painted the exterior frescoes, and that they were painted before the exterior frescoes. Beneath the quadrangular shaped choir is the crypt of Bishop Guglielmo della Torre. The altar has a faded and partially damaged 16th Century painting that depicts the Assumption of Mary. South of the choir apse there is an entrance into a 10th or 11th Century chapel, which was later converted into the sacristy.

Permanently closed since it is a private residence, visit by appointment/invitation only.
Key at Sig.ra Piceni, Carona (tel. 091 995 14 92).