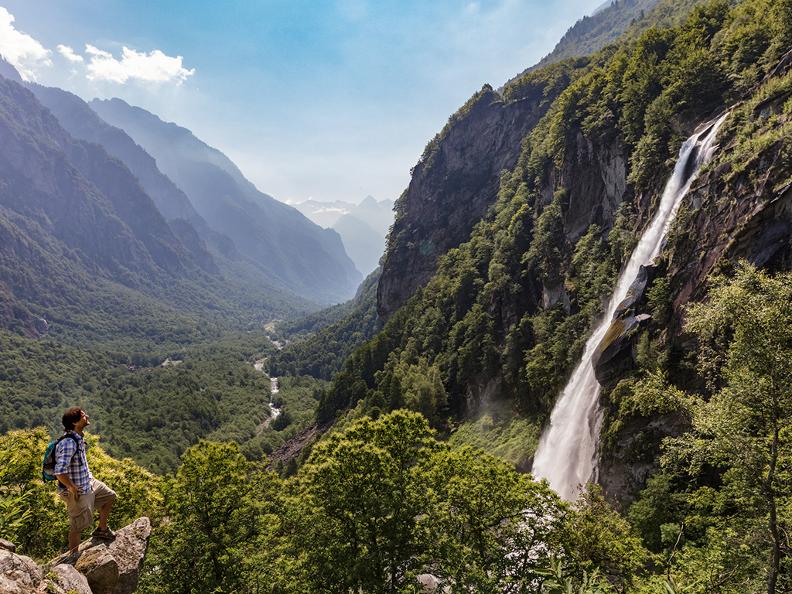 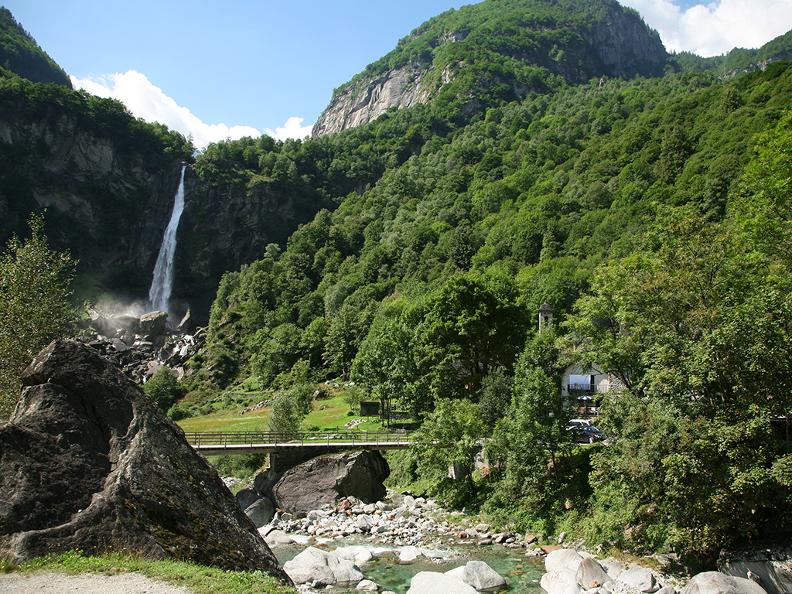 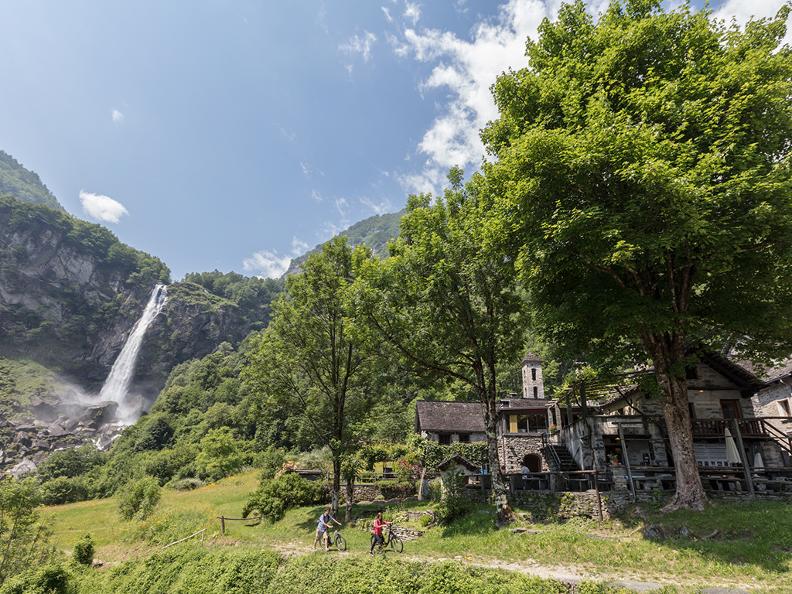 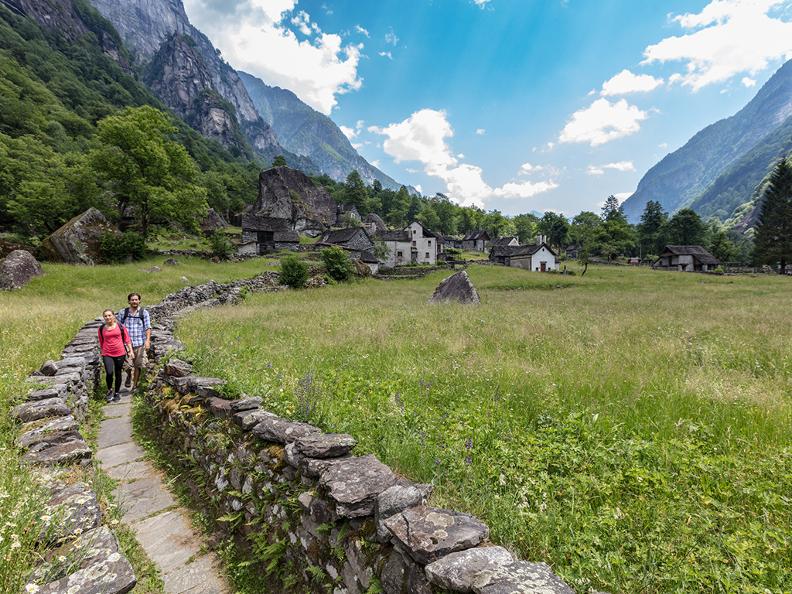 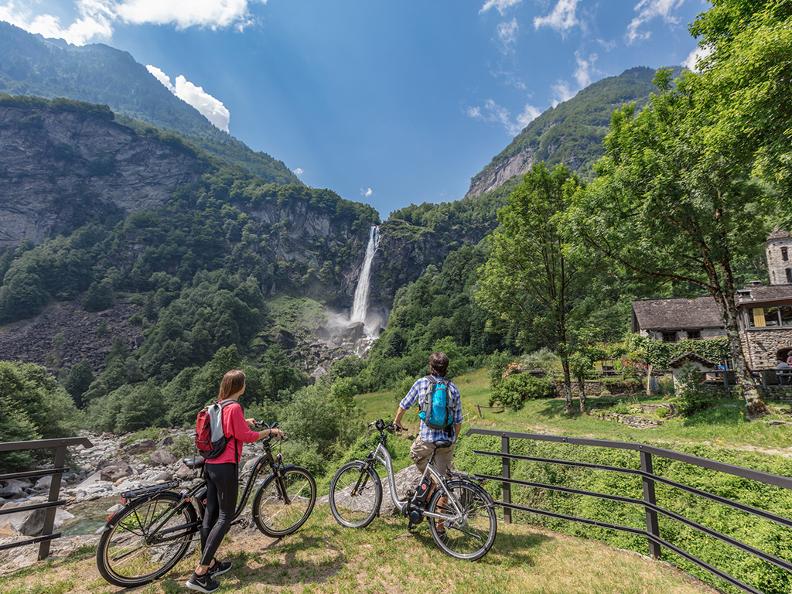 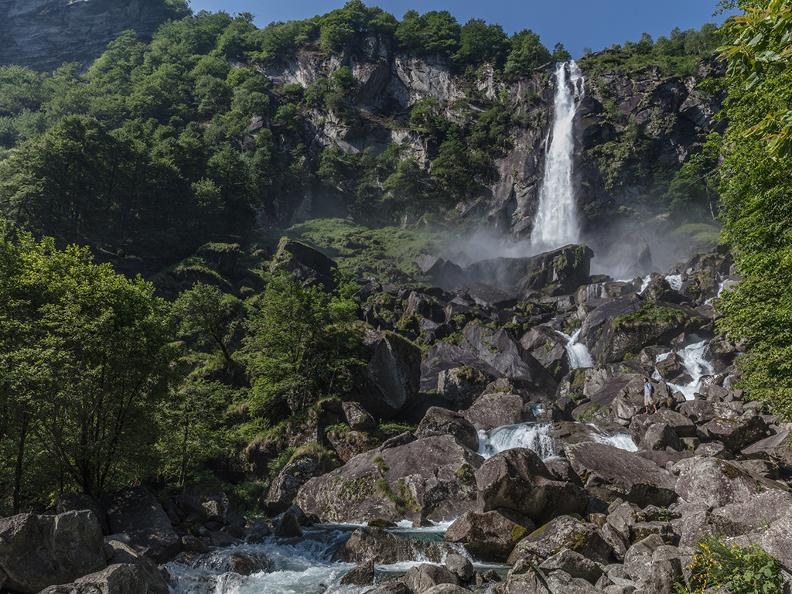 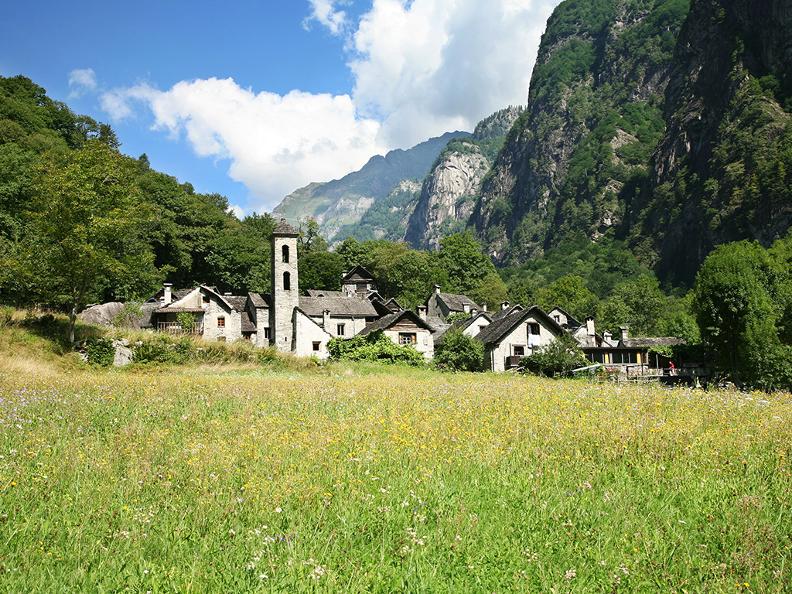 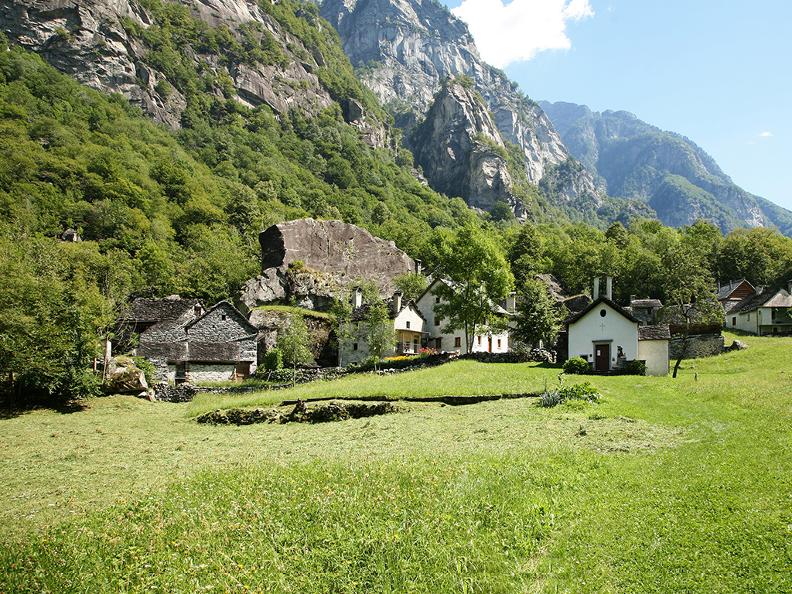 Bavona: Foroglio and its surroundings

Among the hamlets that have softened a harsh environment

The major attraction of Foroglio is the waterfall cascading thunderously one hundred metres, foaming and iridescent. The din of this natural spectacle is perceptible from a fair distance: thousands of litres of water cutting through rock a hundred metres or so below the lip, spectacularly framed by mountain tops of rare beauty.

The impressive waterfall that flings itself noisily into the valley amid foam and sprays of the purest water is called "fròda" (din). Its enduring fascination has made Foroglio the best known of the Bavona hamlets.

Peculiar to the Bavona Valley—including Foroglio—is the fact that despite producing a huge amount of energy at the hydro-electric power stations, the region itself is not supplied and uses only solar panels for its daily requirements—an almost Utopian choice.