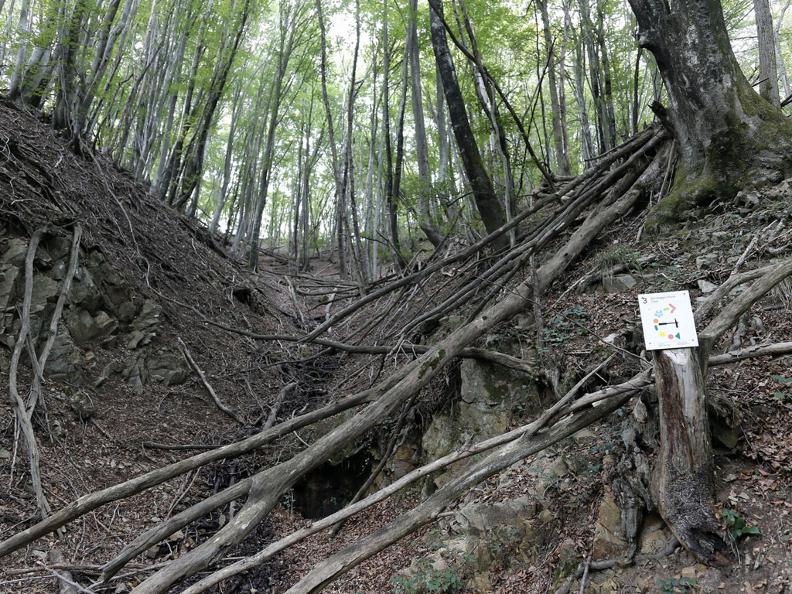 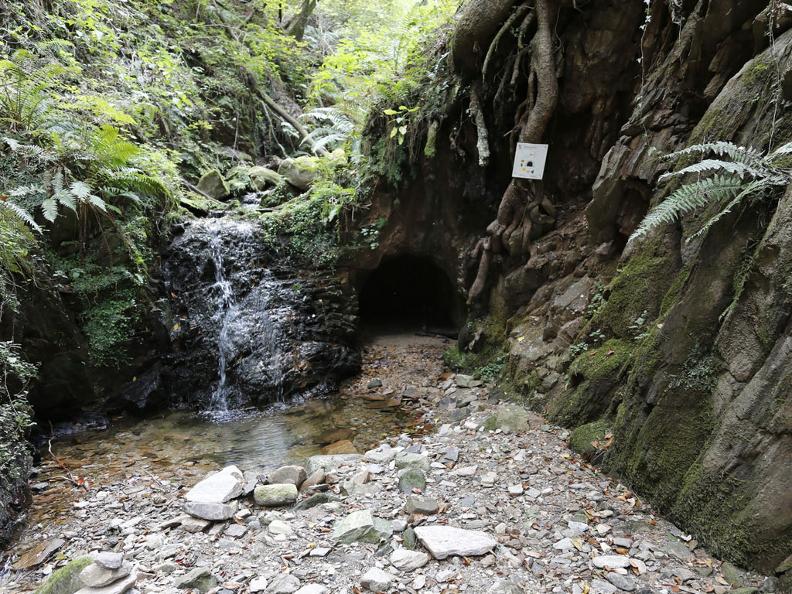 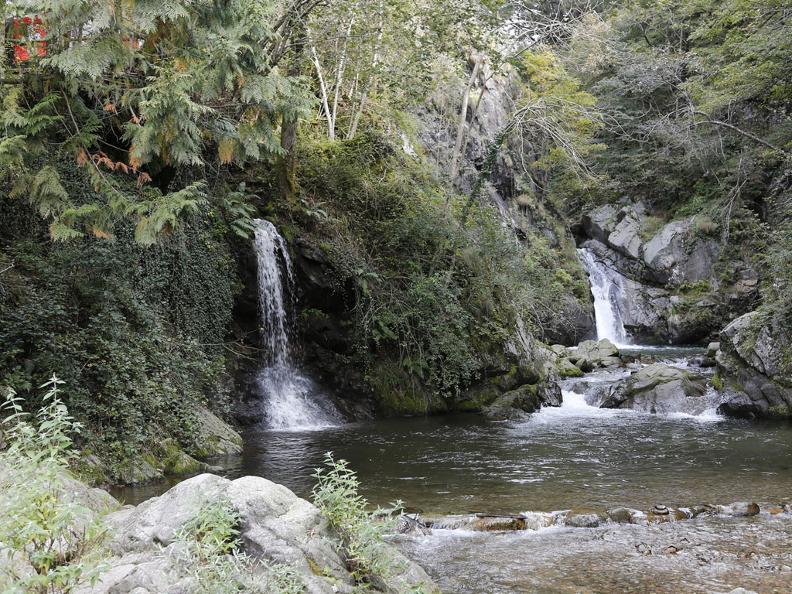 The Baglioni and Franzi mines are to be found beside the Gattino stream which flows down from Miglieglia. These mines follow two seams that run in a NW-SE direction containing arsenopyrites and quartz. Arsenopyrites contain small quantities of gold and silver. An analysis of a number of samples carried out by Burford in 1933 gave the following results:

Silver 38g per ton of ore

The seams run through a grey-brown mica schist. The Franzi mine on the right bank, furthest down-stream, followed the seam for about 90 m. At 62 m from the entrance a second ore-bearing seam was discovered perpendicular tot he main seam. This seam was followed tot he surface with a vertical shaft that emerges higher up on the left bank oft he stream. A few yards further upstream beside a small waterfall ist he Baglioni mine. The two mines were worked ton o very satisfactory result between 1878 and 1884.

In 1917 the Franzi mine was reopened, but the ore yield was so poor that the workings were finally abandoned in 1919. The mines were registered by Delmenico Pietro of Novaggio on April 19th, 1858 and were transferred to Baglioni Vinasco on August 14th 1876.


On August 22nd of the same year Baglioni registered another claim. In certain samples of this ore, rich in tetrahedrite (copper and antimony sulphide), little flakes of native gold are to be found. Among the tress in this area are the black-berried elder, the hazel and the common maple.