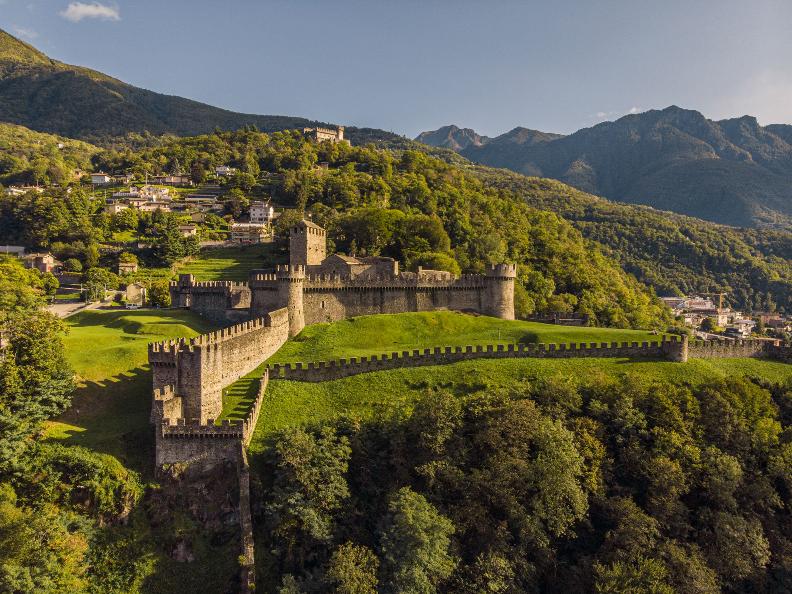 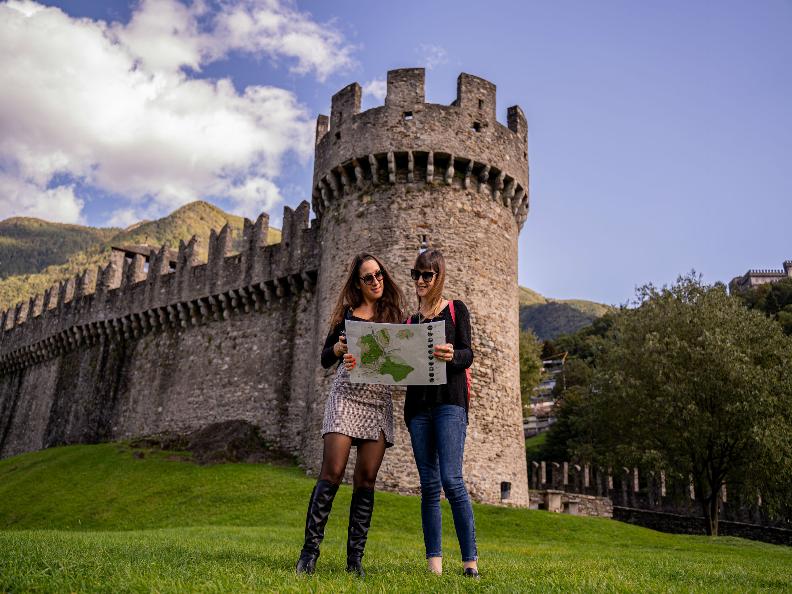 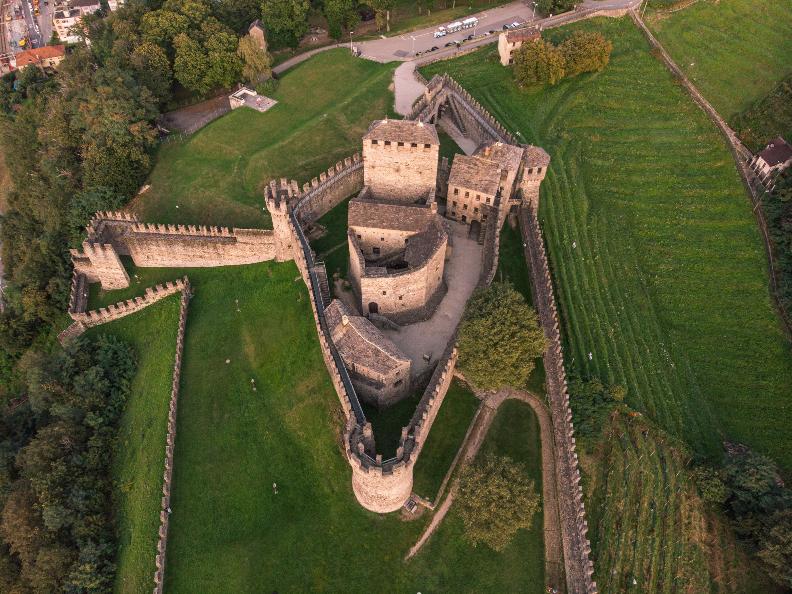 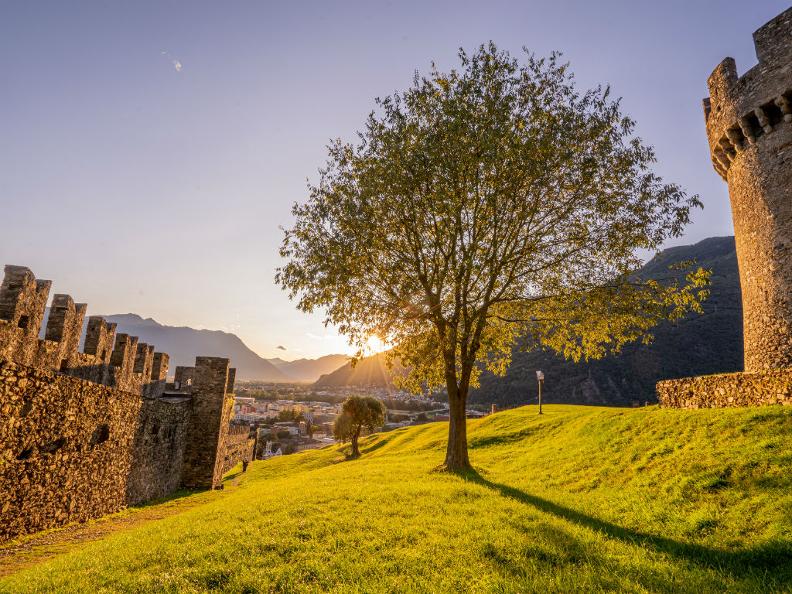 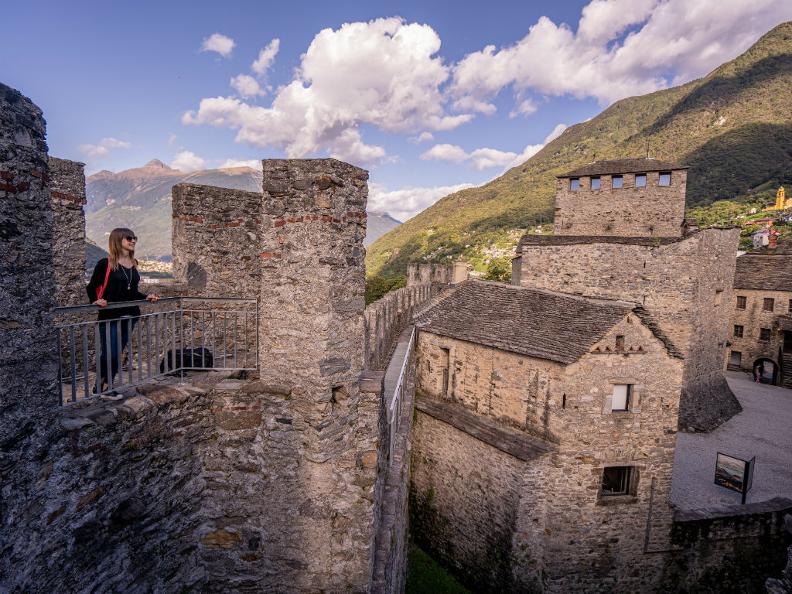 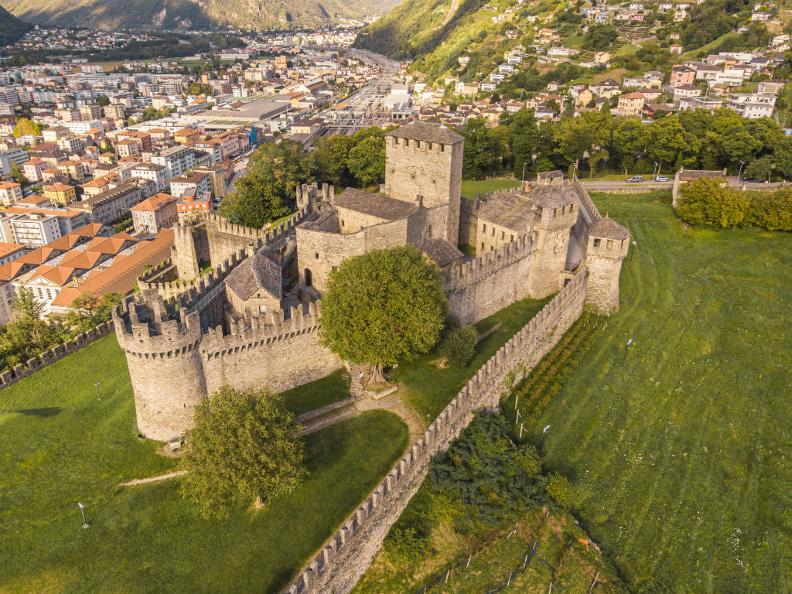 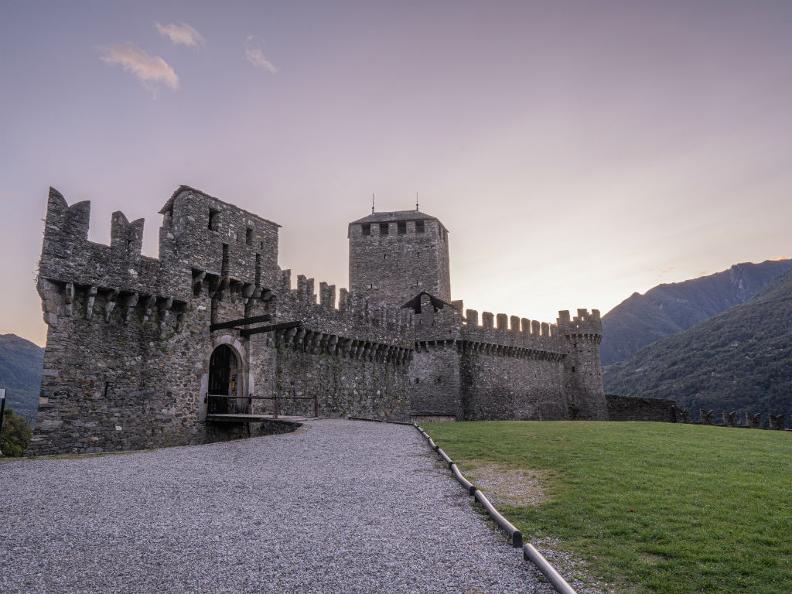 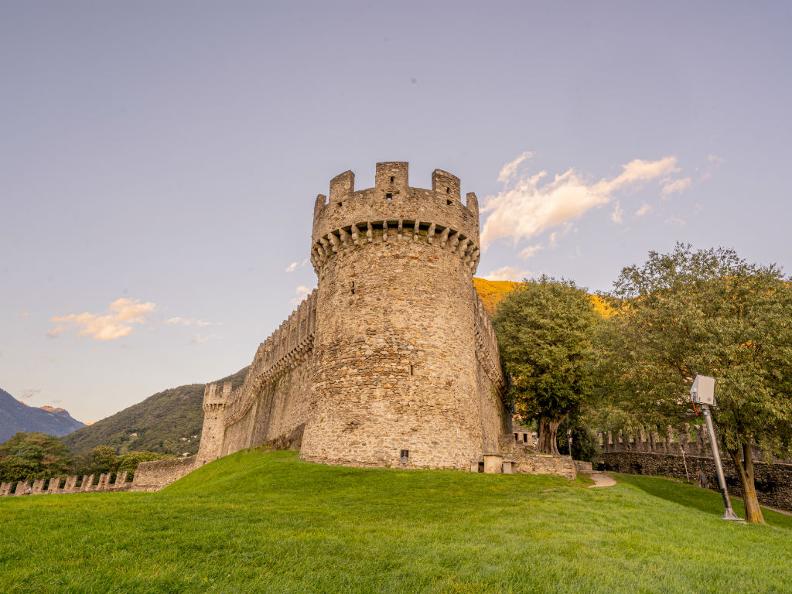 Bellinzona’s second castle dominates Castelgrande from above on Montebello hill, perched ninety metres above the city.

This is the starting point of the walls that once encircled the ancient hamlet until they encounter those descending San Michele hill. Two sections of these walls, which protected the flanks of the formidable fort, are still standing.

The oldest section dates back to the thirteenth/fourteenth century and is believed to have been erected by the Ruscas, a wealthy family of merchants from Como, who kept it even under the rule of the Visconti. The external courtyards with their towers and the triangular fortress were built between the fourteenth and fifteenth centuries, with their current appearance the result of Sforza construction work during the second half of the fifteenth century.

The castle was previously known as Castel Piccolo (“small castle”) (1457-1472), or Montebello Castle. During the Swiss occupation it was renamed Svitto Castle and after 1818 San Martino Castle.

The Ghiringhelli family acquired it towards the end of the eighteenth century. It was later acquired by the Canton in 1903 for the centennial of Ticino independence and restored.

Inside the Castle, the new Archeologia Montebello exhibition itinerary retraces the history of the medieval manor and the restoration works that characterized it, as well as the main stages that have marked the history of mankind reconstructed thanks to the archaeological finds brought to light in our territory.

Don’t miss out on the chance to participate in making Castelli di Bellinzona Salami, which is aged right here in the castle!

Outside stop for a leisurely picnic and some healthy fun at our well-equipped playground, or take a photo at the Grand Tour of Switzerland photo spot!


And the view from this castle is absolutely amazing! It can be reached on foot from Piazza Collegiata, from the Nocca neighbourhood, by car on a road that goes from Viale Stazione, on the Artù il Trenino dei Castelli tourist train or on public transport.