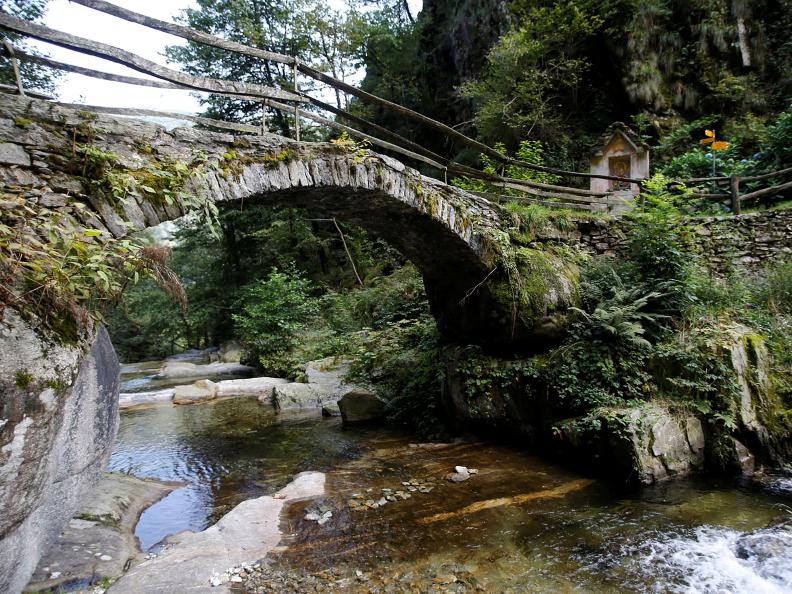 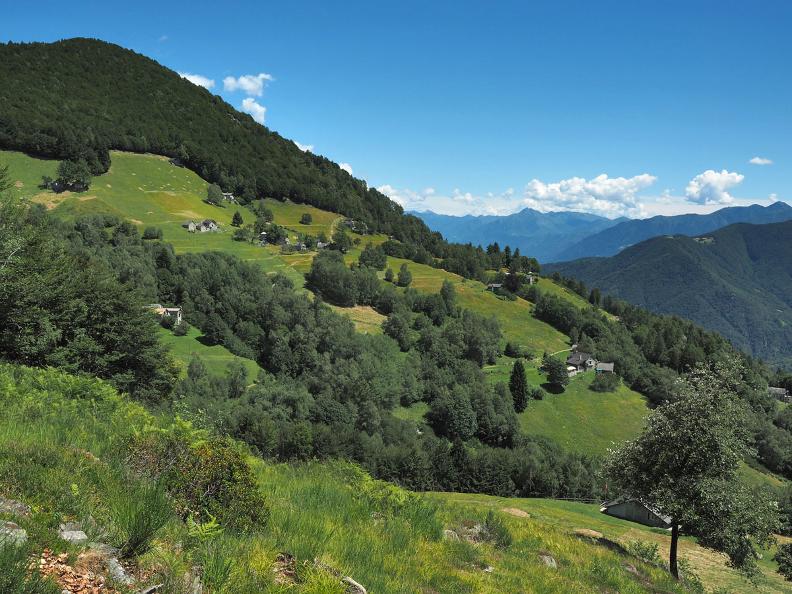 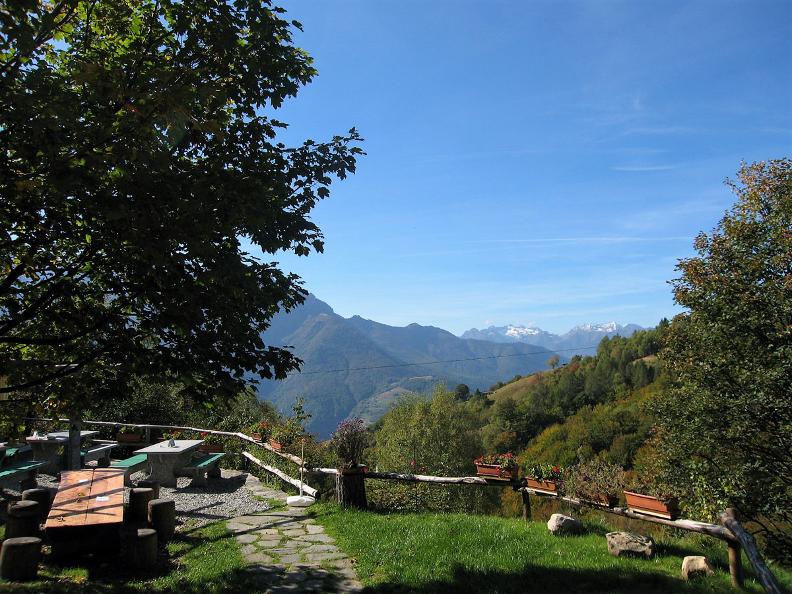 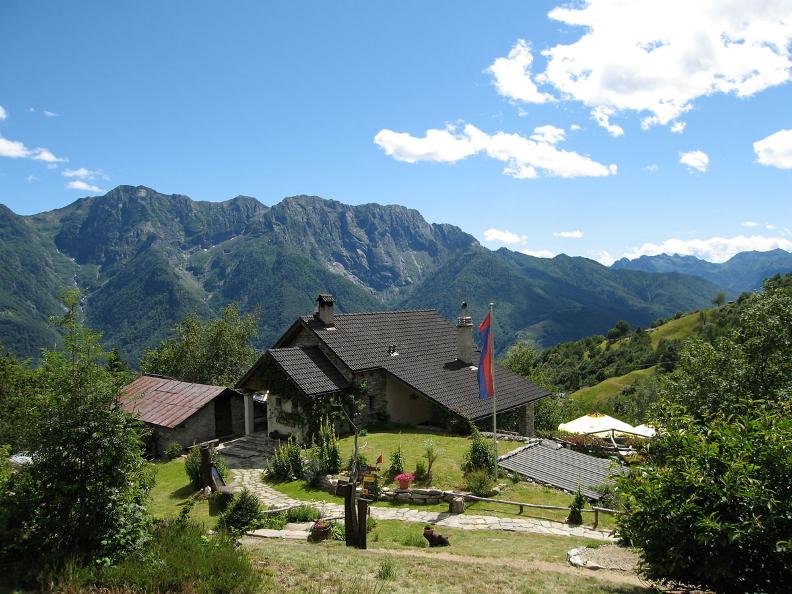 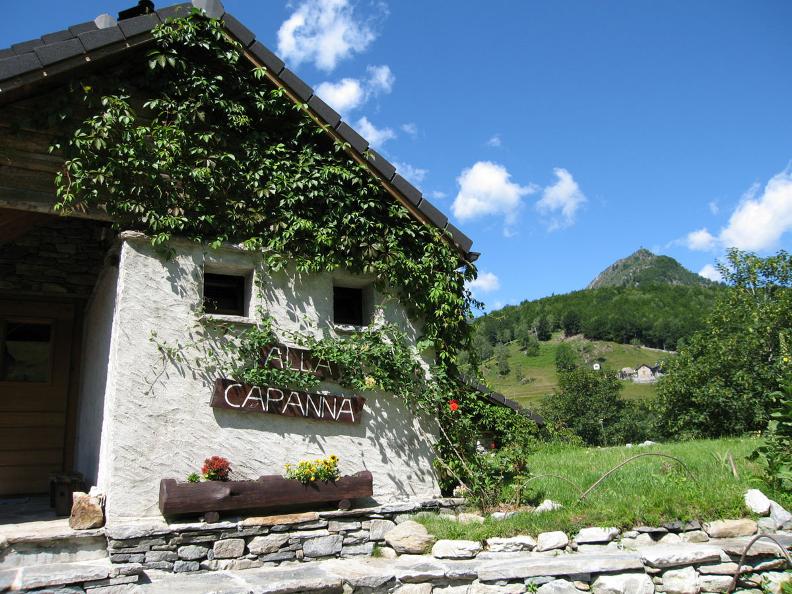 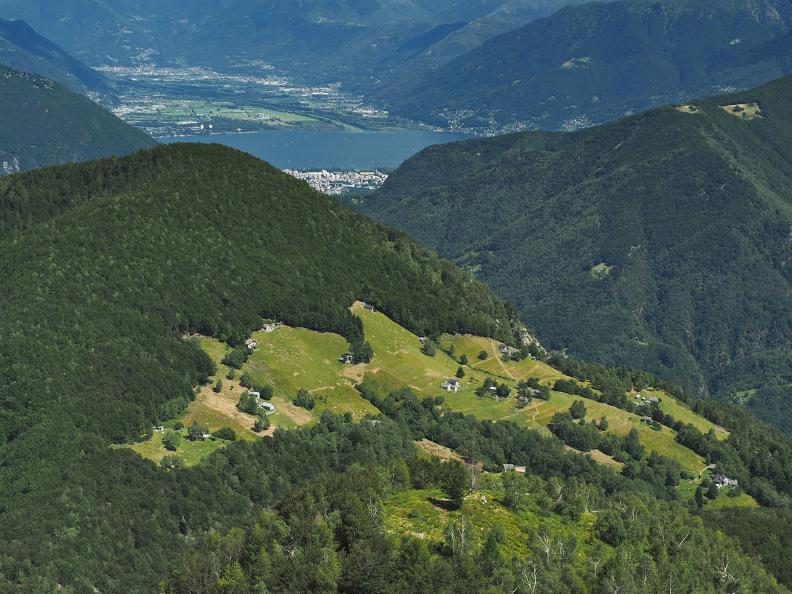 Walking tour beginning at Monti di Comino, a sunny mountain terrace with fantastic panoramic views. From here the itinerary follows through thick beech and chestnut-tree forests and passes charming little hamlets, with their delightful ancient houses, until you reach Intragna.

Reach Monte Comino with the modern suspended cable car that departs next to the main road, not far from the Verdasio stop on the Centovallina train.

The first part of the trail is characterized by several ascents and descents. From the arrival point of the cable car head toward the small church of Madonna della Segna. Just a little further ahead is the Pian della Segna peat bog, with plant and animal species typical of marshy environments. Turn right in the direction of Dröi. At the junction continue straight ahead on the same trail, which starts to descend more sharply, until you reach Selna.

From Selna walk toward Costa, from where the trail descends along a small valley and then ascends on the other side, and then reach Pila, a characteristic cluster of old houses. Another half hour downhill and you reach Intragna. Here, visit the Ethnographic Museum of Centovalli and Pedemonte as well as the highest bell tower in Ticino, which you can climb.

If you wish to shorten the hike, walk until Costa and then take the small suspended cable car down to Intragna.

The mountain guesthouse Alla Capanna with sun terrace and breathtaking view is located on the beautifully situated Alp Monte Comin...

The parish church of San Gottardo in Intragna is one of the most famous sights in Ticino with the highest bell tower of the canton...

The regional Centovalli and Pedemonte Museum, owned by the foundation with the same name, is based in Intragna, a village perched ...