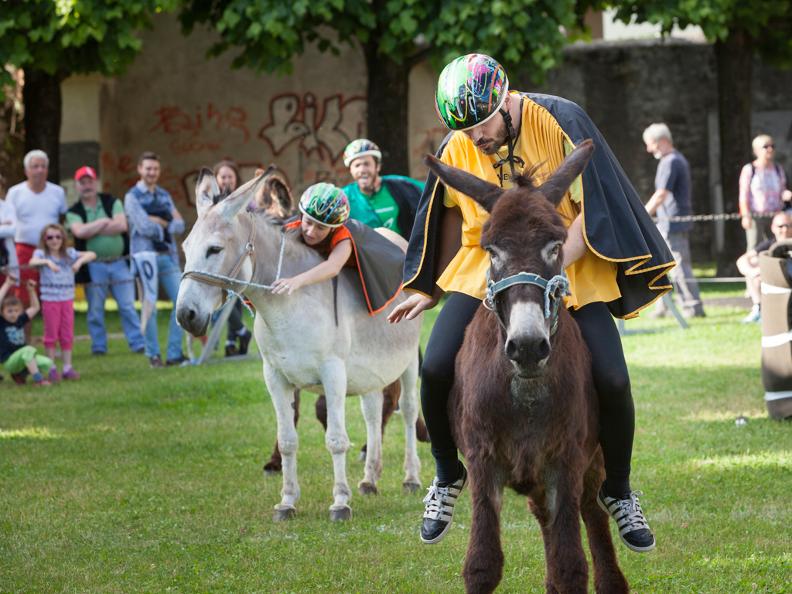 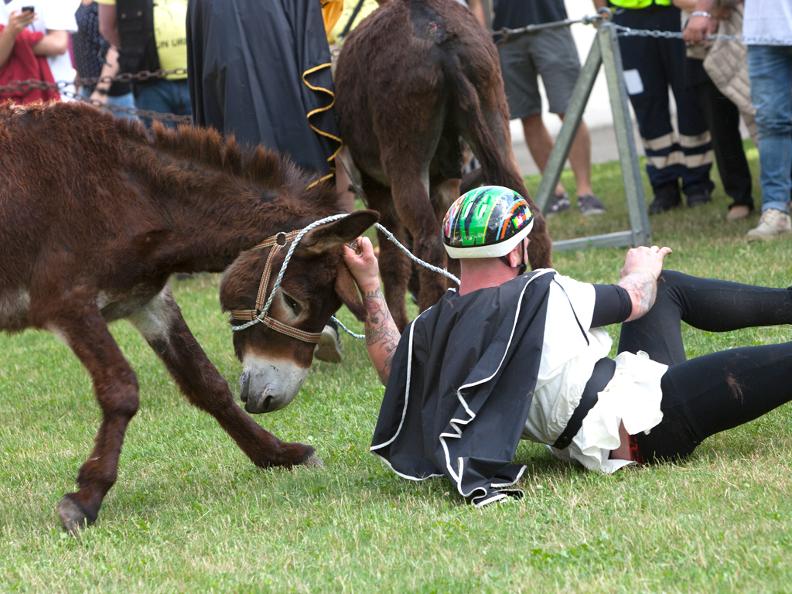 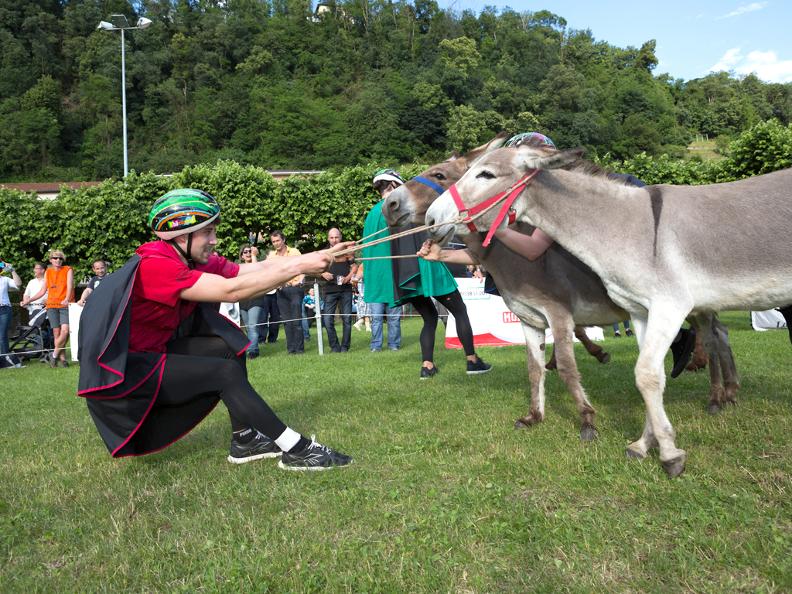 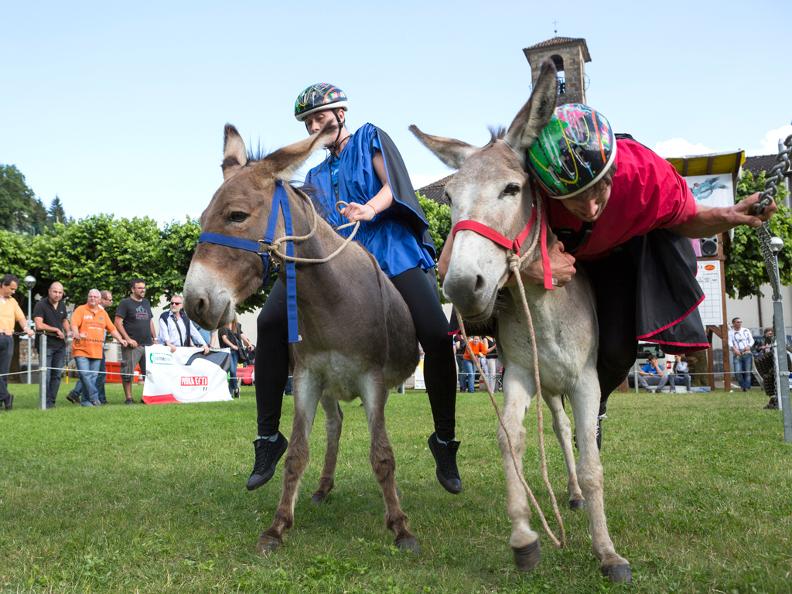 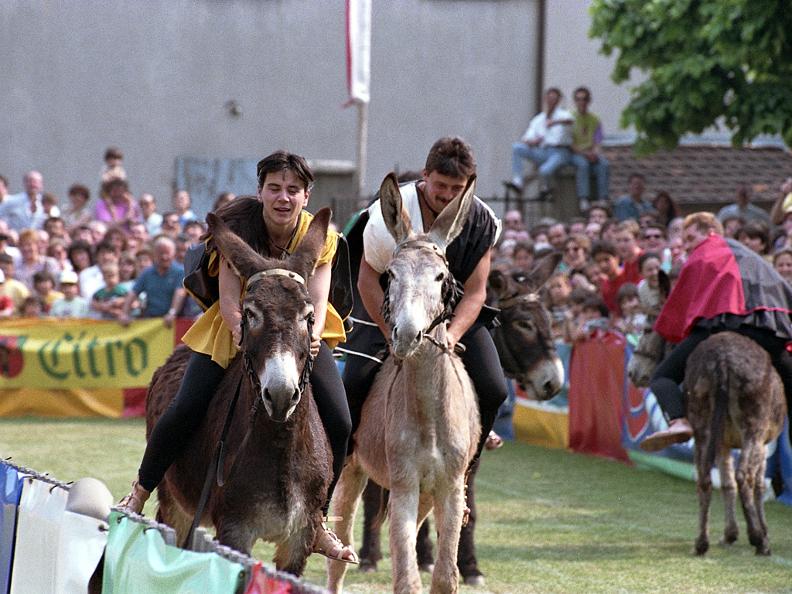 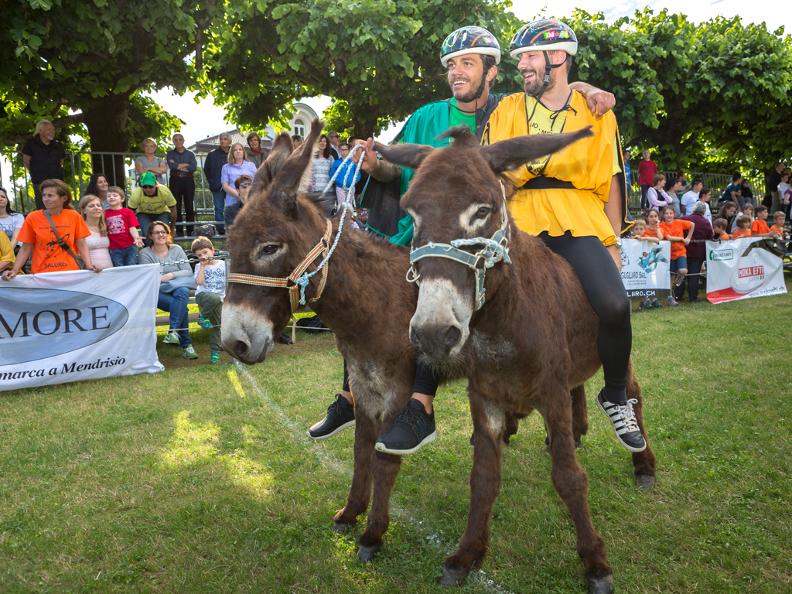 The Palio di Mendrisio is now part of the region's characteristic events. Over the years, the physiognomy of the kermis has changed, but it has been able to maintain its original spirit and above all has consolidated the leading role entrusted to donkeys.

The highlight of the festival, which involves the entire population of the Magnifico Borgo, is the race on the back of the friendly quadrupeds to win the coveted trophy. Competing on the lawn of the Vecchio Ginnasio in the old town are representatives of the five Contrade or Rioni that make up Mendrisio: Cantun Uri, Curubiell, Vila Furesta, Vignuu, Brecch.

Alongside the competition with the cute, long-eared, sweet-looking quadrupeds, there are numerous fun activities in which children and youngsters participate with real joy. The atmosphere of happiness is palpable in the streets and lanes of the Borgo, festively dressed for the event, with its waving flags and the Palio banner towering from the terrace of the Commercio restaurant.

The Palio is a moment of meeting and entertainment for the local population, but also for those who come from out of town. Even out-of-towners who come to the bustling Mendrisio of the Palio capture that sense of community that hovers everywhere.