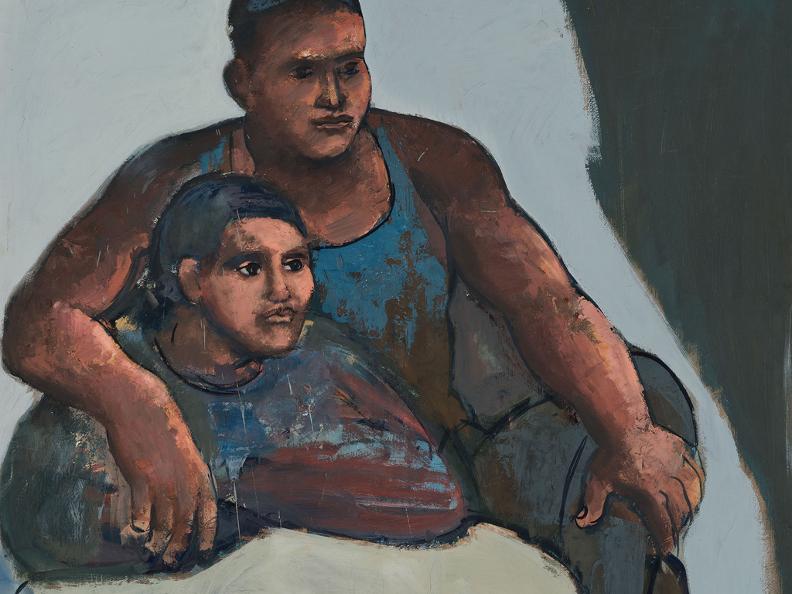 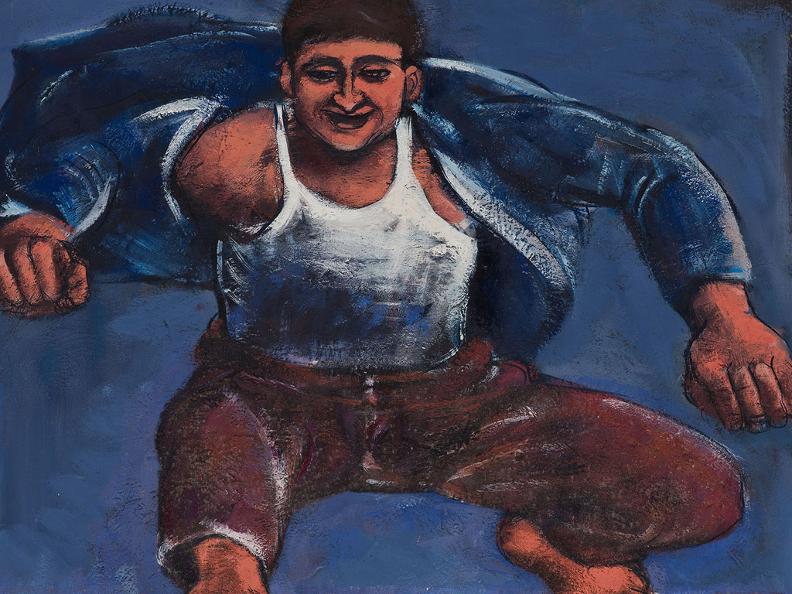 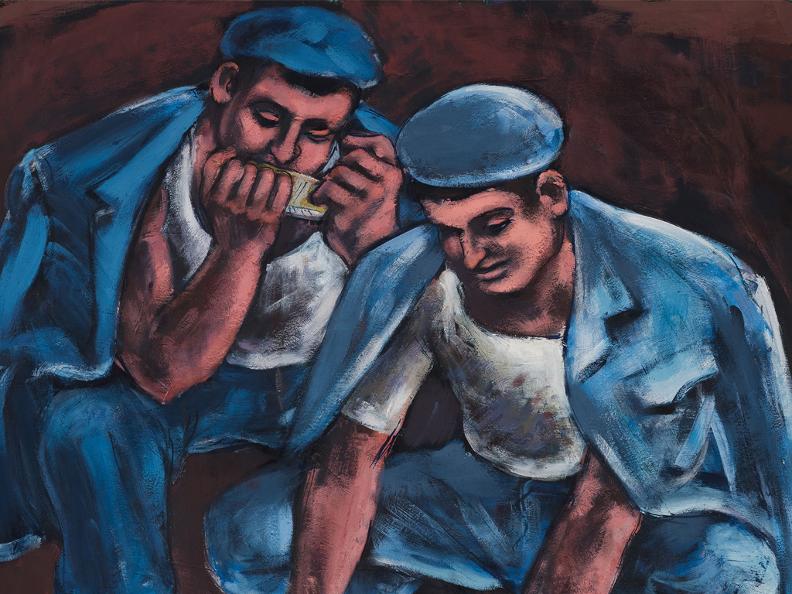 The exhibition presents the pictorial work related to the period of the “men in blue” by Mario Comensoli (Lugano, 1922- Zurich, 1993), taking its place among the thematic insights into contemporary artists associated with the genius loci.

The exhibition forms part of the celebrations marking the centenary of the birth of the painter from Lugano. The Spazio Officina is commemorating this anniversary by hosting a selection of some sixty large-format works created by the artist between 1953 and 1961. These are mostly canvases in which the human figure is often the only subject that emerges forcefully on the expressive level and with a chromatically uniform connotation. The prevalent colour is blue, taken from the colour of the garments worn by Italian immigrants who, here in Chiasso, found a gateway to a new future in the post-war period. Comensoli, himself the son of an Italian immigrant, painted them to bring out their situation but without paternalistic tones.

Mario Comensoli never attended art academies or official institutions, yet it would be inappropriate to consider him an autodidact. In Lugano he followed a model of artistic training by frequenting the studios of established artists such as Carlo Cotti and Giuseppe Foglia. These were the opportunities that enabled him to approach the work of modern artists such as Modigliani, Matisse, Sironi and Picasso.

The real turning point in his training was the decision to move permanently to Zurich in 1944 and to make frequent trips to Paris between 1946 and 1952, where together with the painter Giuseppe Orazi he developed his pictorial experience prior to the period of the “men in blue”, or “Peinture du mouvement”. In addition to painting on canvas Comensoli devoted himself, in a more circumscribed way, to sculpture and mural painting. The following phases of his production had as their object numerous social issues, from the protests in 1968 to demonstrations in the Helvetiaplatz in Zurich. In this way Comensoli fulfilled an artistic career that comprised some fifty solo shows and more than twenty group exhibitions.

The exhibition Mario Comensoli (1922-1993),the “Men in Blue” offers an opportunity to explore in depth this specific phase of the Ticinese artist’s output through works from a number of Swiss collections, both public and private, some of them little known.