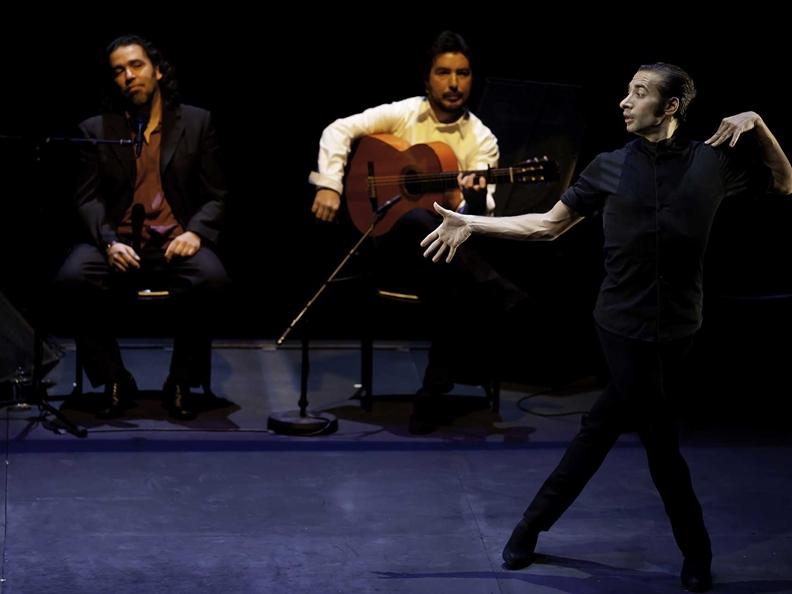 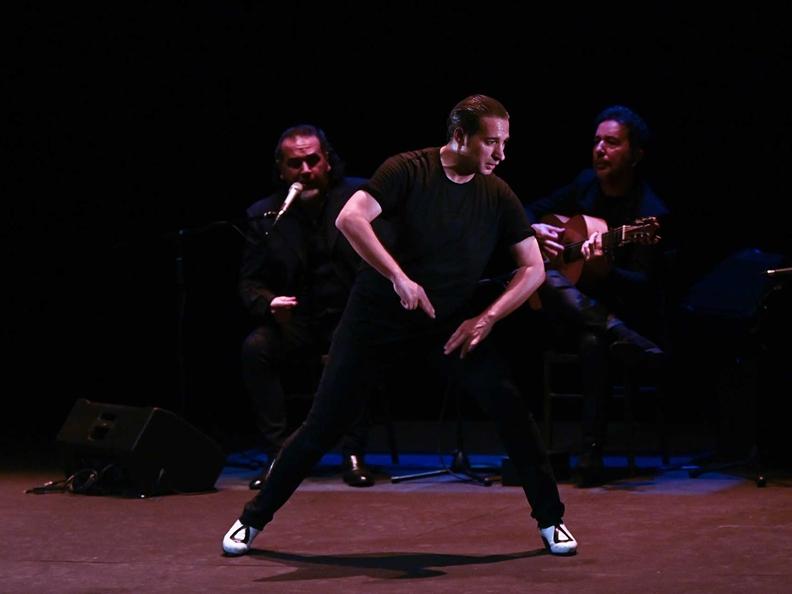 The great bailaor from Seville, Israel Galván celebrates the Golden Age of flamenco in a performance which brings that wonderful period back to life with the collaboration of the brothers David and Alfredo Lagos (vocals and guitar respectively).

An interpretation that overturns the rules of classical flamenco and skillfully mixes the traditional with the contemporary.

In flamenco, like in all the arts, historians, specialists and critics have gradually identified various reference periods. The Golden Age of flamenco lasted from the end of the XIX century to the 1930s. This period refers especially to singing and dancing while the role of the guitar developed later.

According to this view, no dancer today, with some rare exceptions, can equal the quality, purity and creativity of those who brought flamenco to its artistic apogee during the “Golden Age”.

Israel Galván’s brilliant and inexhaustibly energetic dancing is accompanied by the voice of David Lagos, an interpreter who carefully preserves the golden age songs and the guitar of Alfredo Lagos from Jerez, the birthplace of flamenco: Galván’s arms and upper body are inspired by the technical postures typical of traditional flamenco but he also adds a touch of modernity, bringing it to life with a contemporary slant.