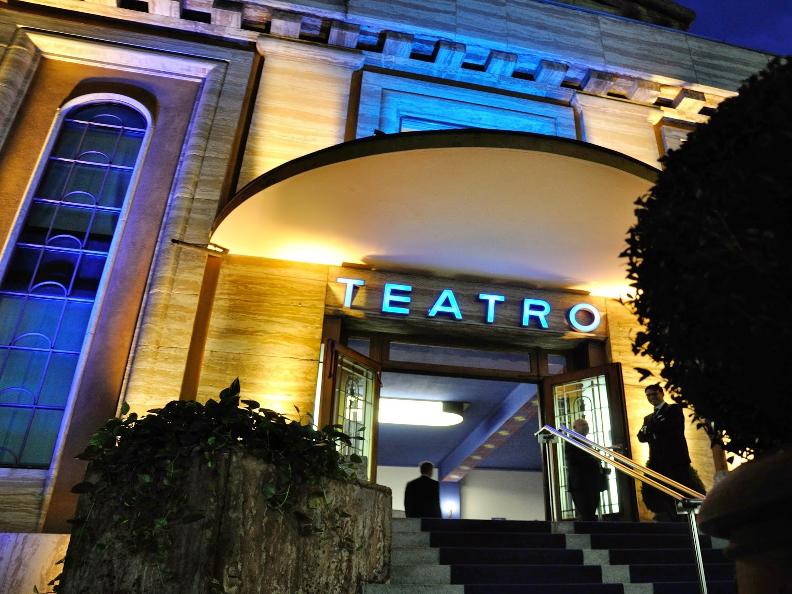 The Cinema Teatro di Chiasso presents the playbill for the 2022-2023 Theatre Season: having crossed the milestone of the first twenty years of activity since its rebirth last year, the Chiasso venue, one of the pillars of the Cultural Centre, will offer 17 subscription dates on its stage, ranging from theatre and dance to music and cabaret.

As usual, there will be no shortage of surprises, flanked by the Festival of culture and jazz music, Festate, Children's Theatre, Opera Domani, and themed film festivals.

The first theatre date in the season will celebrate the 100th anniversary of Pietro Garinei's birth, with an "evergreen": the sparkling comedy Se devi dire una bugia dilla grossa, which will feature Antonio Catania and Gianluca Ramazzotti among others.

The talented Milena Vukotic will give life to the elderly protagonist of A spasso con Daisy, a delicate, amusing and ever-beloved text signed by Alfred Uhry. Women's theatre will also see Nancy Brilli and Chiara Noschese on stage in Manola, a sparkling emotional marathon by Margaret Mazzantini called to reveal the female universe.

Acting as counterbalancers will be Massimo Ghini and Paolo Ruffini in Quasi amici, the chance meeting of two men that will make them become indispensable to each other. Double date then in Chiasso with Zorro, un eremita sul marciapiede, a show starring Sergio Castellitto who returns to the stage after about twenty years. Cesare Bocci will bring to the stage the generational misunderstandings within the family unit, with Florian Zeller's text Il figlio (The Son).

Emotions and feelings will be able to involve the audience - called upon to let their guard down - also thanks to Il silenzio grande, with Massimiliano Gallo and Stefania Rocca directed by Alessandro Gassmann, and L'alfabeto delle emozioni by and with Stefano Massini.

There will also be brilliant comedy - with Enzo Iacchetti and Vittoria Belvedere Bloccati dalla neve - and cabaret - from Comincium with the return to Chiasso of Ale & Franz, to Enrico Bertolino's Instant Theatre.

Classical music will also thrill the audience, confirming the very high level achieved over the years. So much so that the big names never miss an opportunity to return to the Cinema Teatro. The Russian star Grigory Sokolov and the expressive magic of his piano will do it. It will be done by the Orchestra della Svizzera italiana, in a unique project featuring Ukrainian pianist (long resident in Chiasso) Alexander Romanovsky as soloist.

And then there are the new names, not to be missed, such as Alexandre Kantorow, hailed by critics as the 'young piano czar' and 'Liszt reincarnated'.

Dance has always had an extraordinary place in the programming of the Cinema Teatro, and it will have it again in the coming season: with the show ARIA by the NoGravity dance Company, and the passion of Tango - Historia de Astor, created and performed by Miguel Ángel Zotto on stage with Daiana Guspero.

On 21 October 2022, out of subscription, the programme will have its prelude, a special, unmissable event, the return of an extraordinary quartet of jazz stars: hosting the first date of the European tour, the Cinema Teatro will have the honour of welcoming saxophonist Joshua Redman, pianist Brad Mehldau, bassist Christian McBride and drummer Brian Blade, together again for this reunion celebrating the 1994 album MoodSwing.