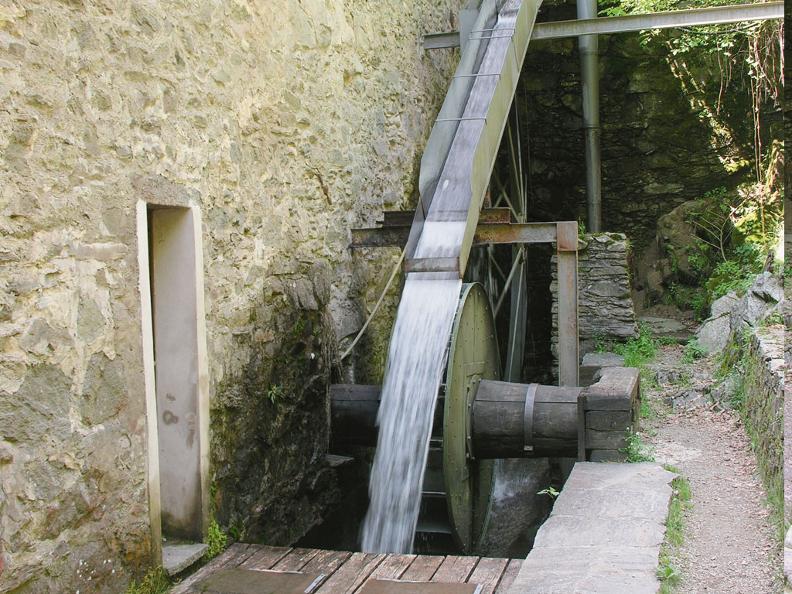 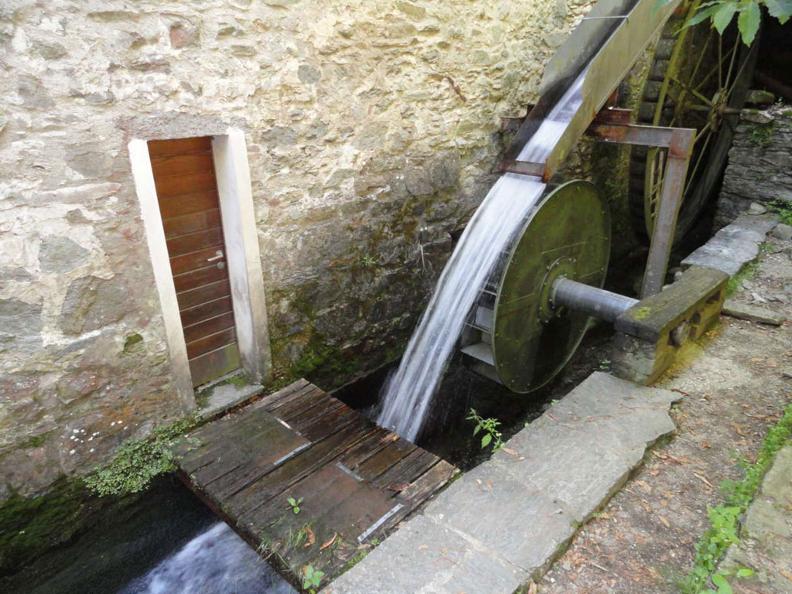 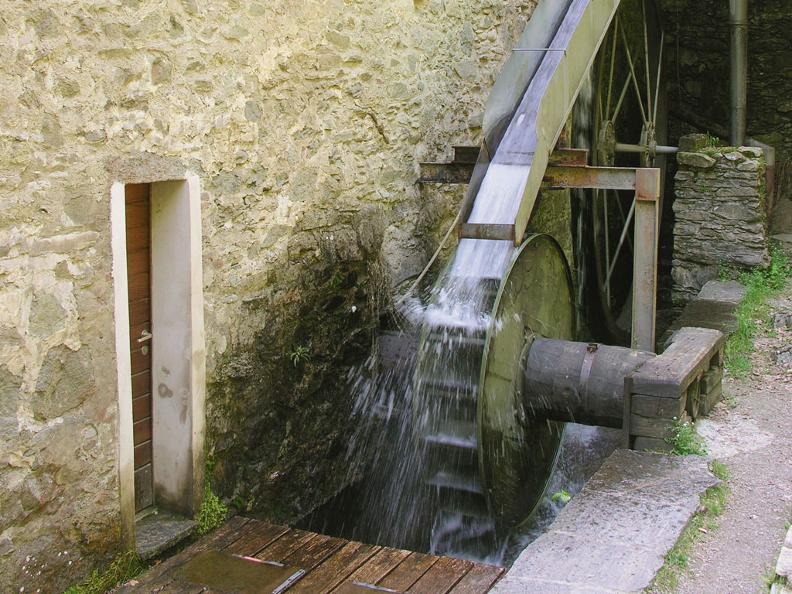 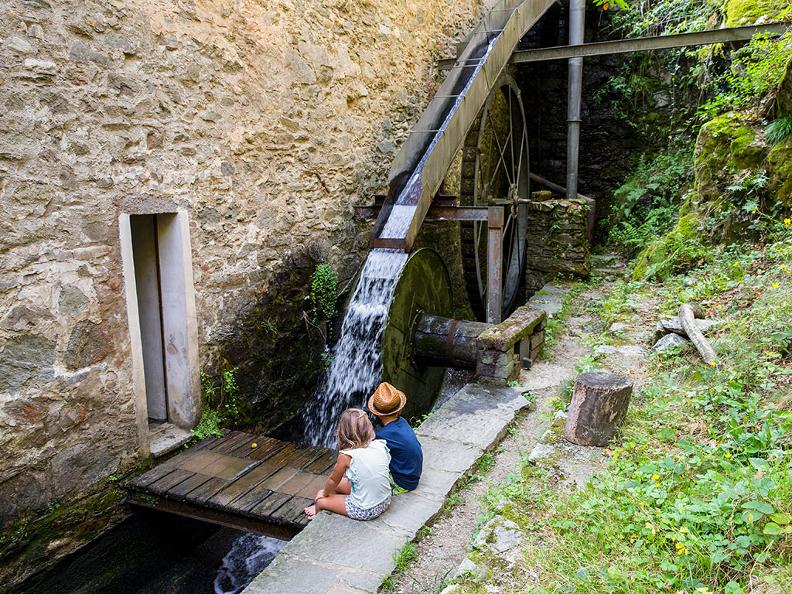 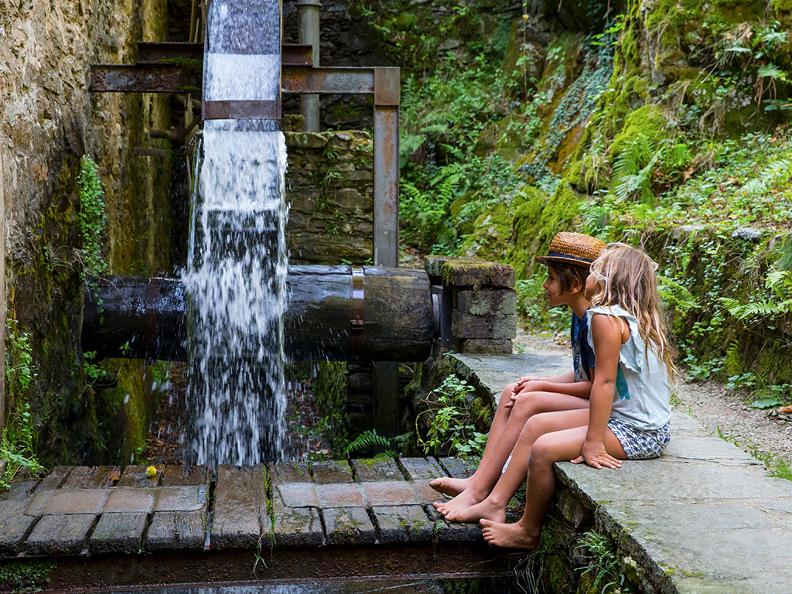 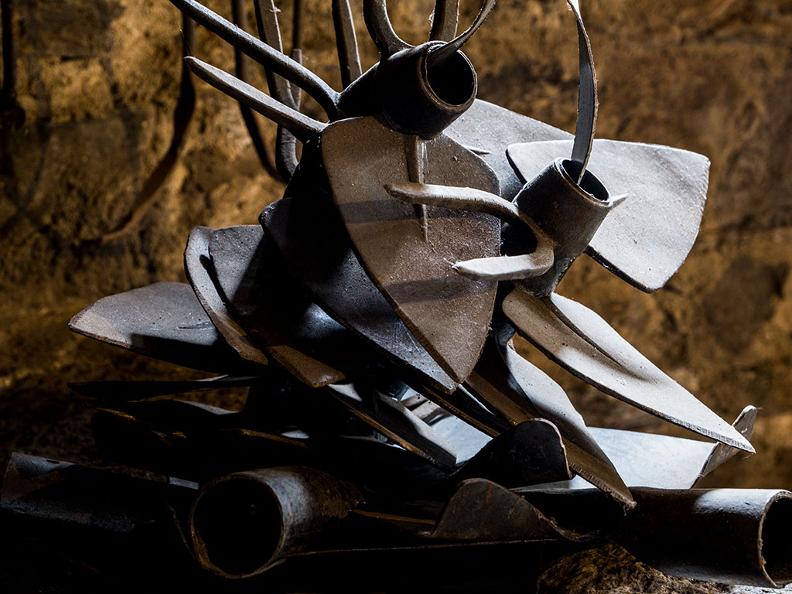 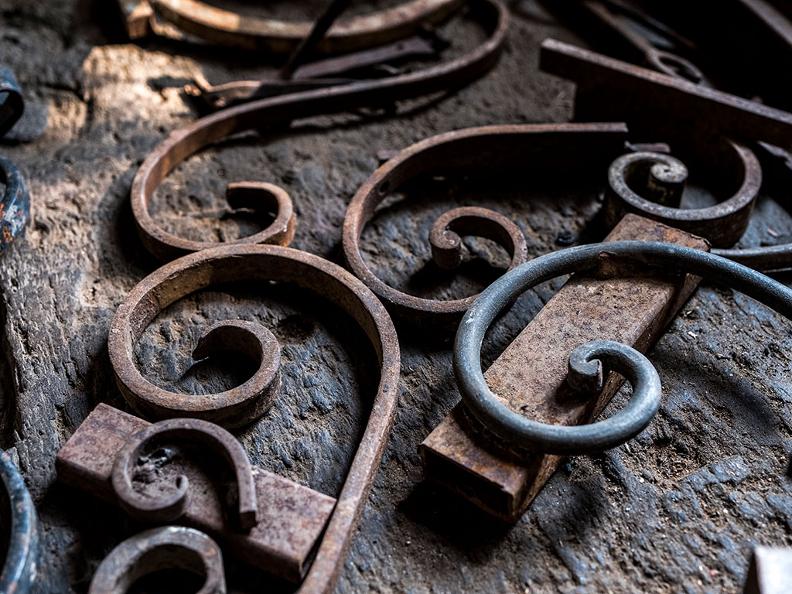 Water as a source of energy has been used since antiquity, with the water mill as perhaps the best known application. Its use, however, in driving a forge is much less common. With a relatively small drop the wheel turnst he main shaft on which three spokes of hardwood are fixed. While rotating, these spokes touch the end of the arm of the actual hammer and raise it. As the spoke turnst he hammer falls on the anvil. The rate of the hammer blows depends on the speed of the wheel’s rotation, which in turn depends on the flow of the water. The hammer was used to roughly shape the objects, whose form was then refined afterwards. The Aranno forge was built by the Righetty family in 1860. It is unlikely that it was supplied by the iron mines at Monte Torri.
These mines were worked between 1823 and 1827 before the forge was built. Extraction was resumed between 1862 and 1879. During this period it is probable that part of iron mined went tot he forge at Aranno. The quality of the iron obtained, however, remains unknown. In the valleys here, but also in others, for example, those in the region surrounding Bergamo, the most common raw material fort he forges was scrap iron recovered by peddlers, who then sold it to the blacksmiths. Aranno’s last blacksmith was Fedele Agostoni, who was born in 1888 and died in 1983. By the ned oft the 1940’s his business was already much diminished, but scythes, sickles, shovels, spades and hoes were still produced. These tools were stamped with the Agostoni family name and were sold on the local market, though we have no precise information about where. It is possible however, that some were sold at the San Provino fair in Agno. At the beginning oft he 1960’s, an extremely rusted machete bearing the Agostoni stamp was found embedded in a tree in a forest in the lower Mendrisio region.

This is perhaps a sign of a small market which extended well beyond the region of production, tied perhaps to the San Martino fair in Mendrisio. Production was interrupted suddenly on August 10th 1951. During the night, the Magliasina and the nearby Pirocca stream rose tot he levels which had never been reached before. The forge was flooded and half-destroyed, and Fedele Agostoni and his family had to take refuge in Miglieglia. In 1979 the Malcantone Forge Foundation was established to raise money fort he restoration oft he old forge, so that some of the local history of our valleys could be preserved for future generations.

The Malcantone forge is the only one of ist type still in existence in Switzerland, so that there is every reason to preserve it.