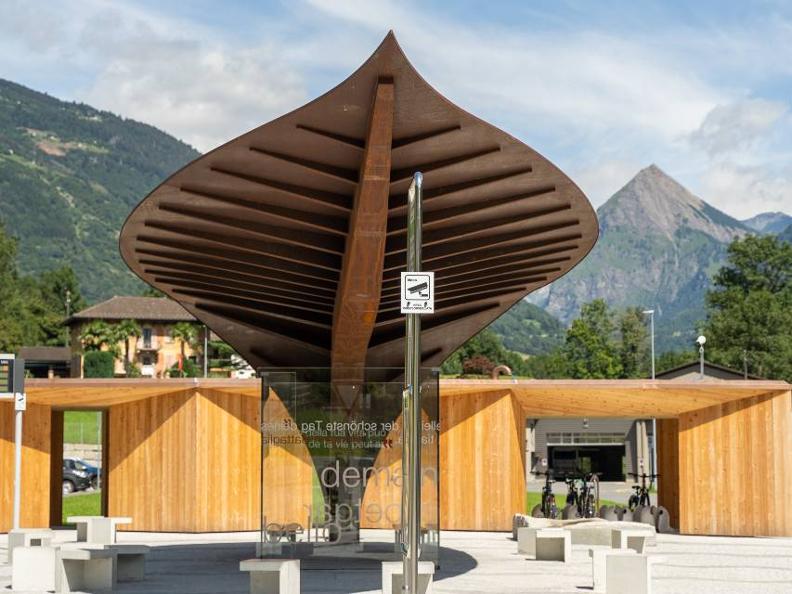 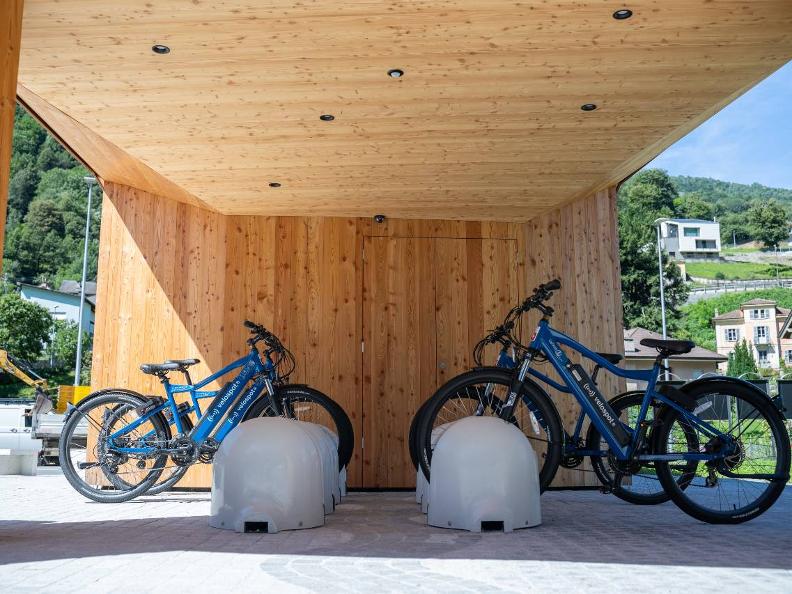 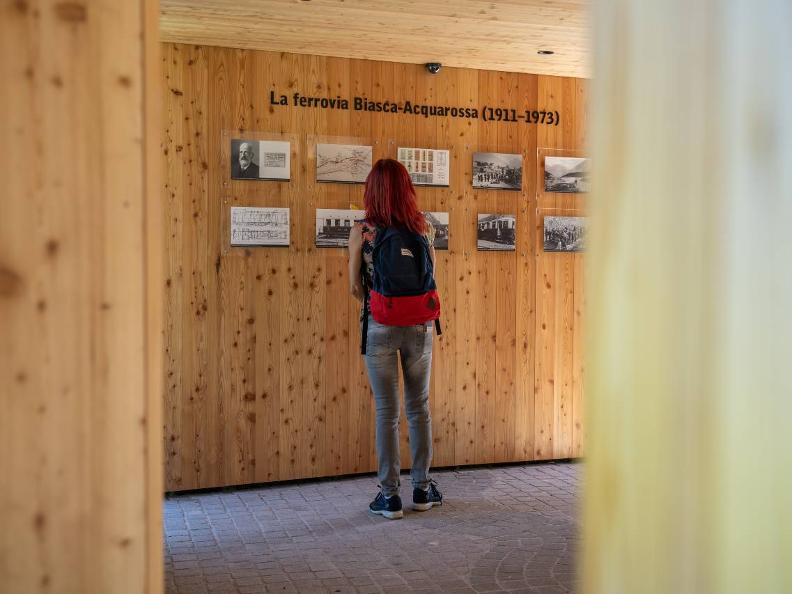 Once the terminal tram that reached the middle Blenio Valley from Biasca, the so-called Acquarossa "station" has remained unchanged since 1973, the year the tramway was closed.

In 2020, a new bus shelter was erected with benches inside and outside for waiting for buses, sheltered under a chestnut leaf. The shelter, made of Corten steel and shaped like a chestnut leaf, was designed by architect Davide Conceprio and sculptor Clara Conceprio. A glass cabin (waiting room) was installed under the leaf-shaped canopy.

The particular choice of chestnut leaf is linked to the importance of this tree in the past: the chestnut tree was the tree of the rural economy as it was the material used to make work tools and everyday objects. Its rusty appearance, on the other hand, is linked to the locality of Acquarossa which, as its name suggests, is a place where thermal waters with an iron content rise, these waters leaving a trace of rust as they pass through.

In the wooden building, next to the glass cabin, there are photos of the Biasca-Acquarossa tram and the old station on one wall, another wall serves as a tourist info point with various brochures of the region, outside there are electric mountain bikes from the "Bike sharing Valle di Blenio e Biasca" service and a self-service restaurant with products from the valley will soon be installed.

At La Föia there is also a vending machine of local products run by the "Donne Contadine" where you can buy cheese, cold cuts, biscuits, jams and local drinks.