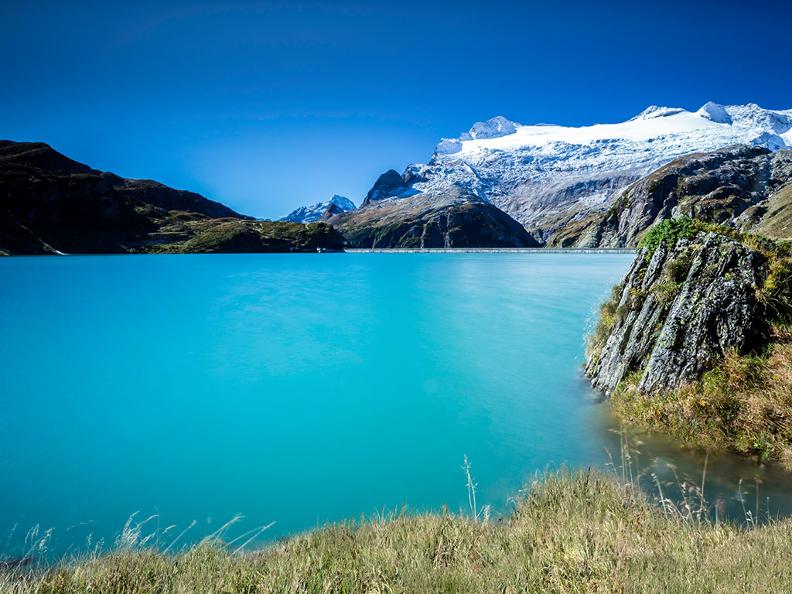 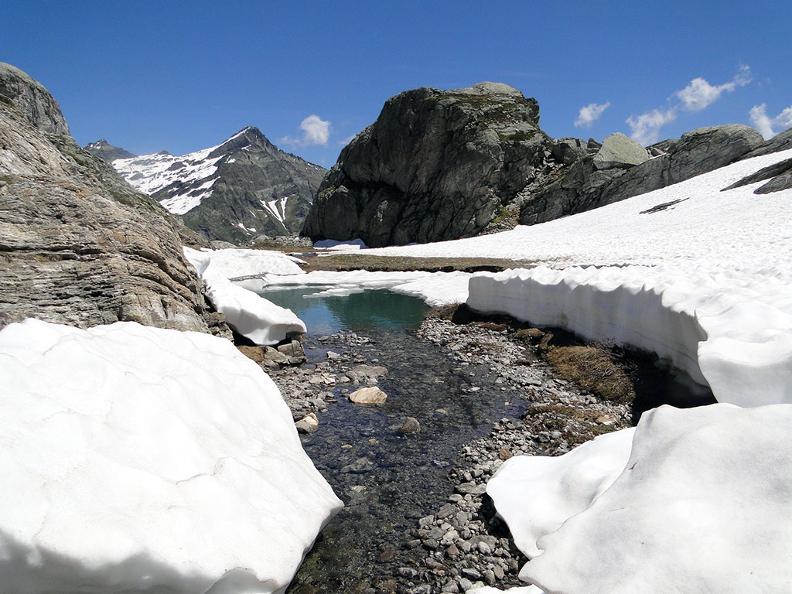 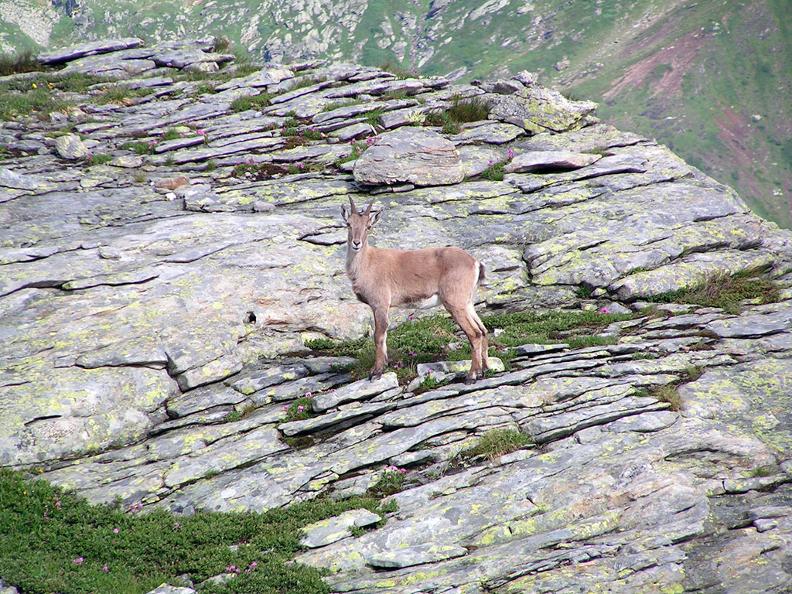 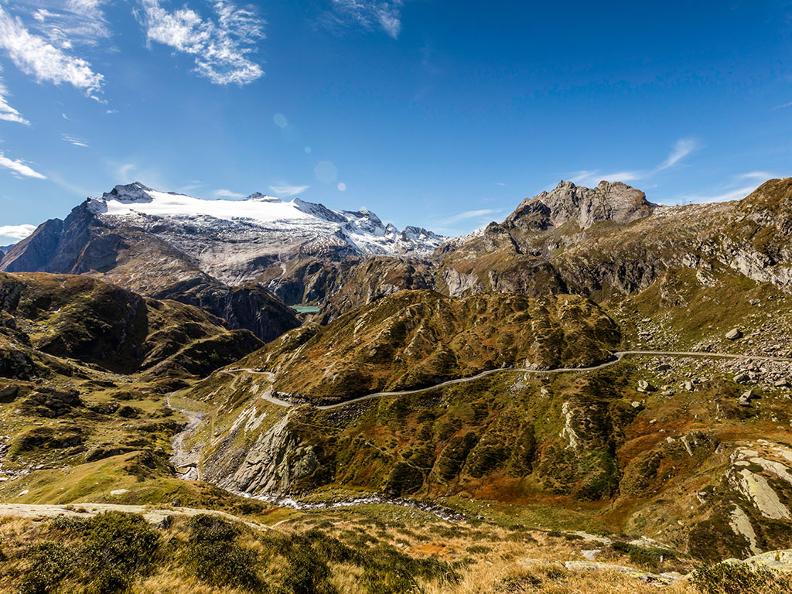 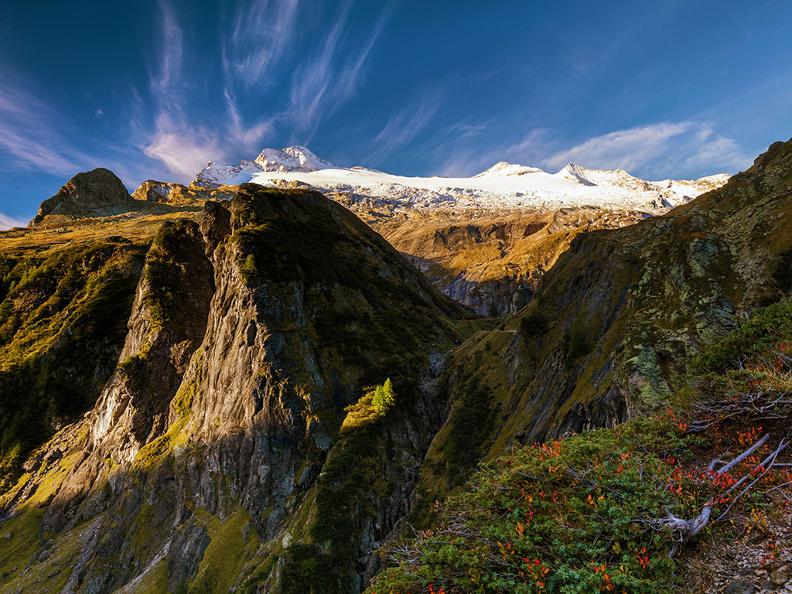 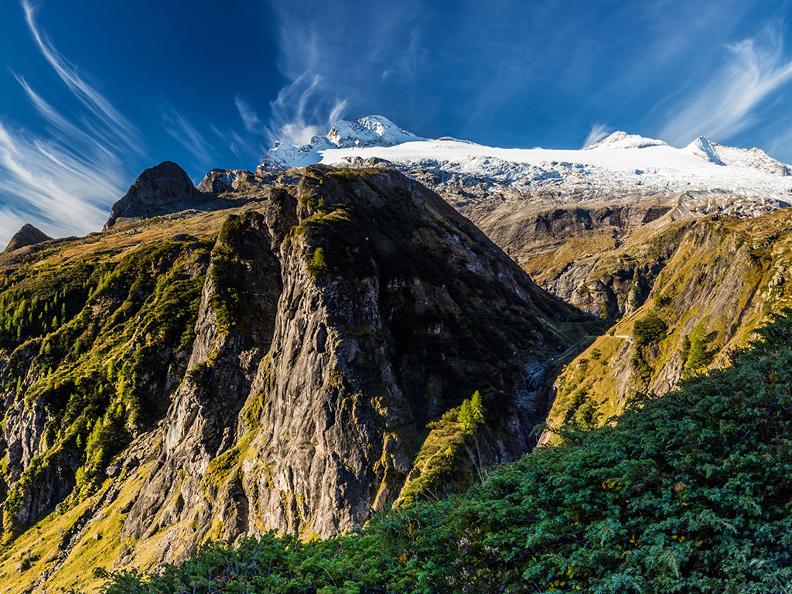 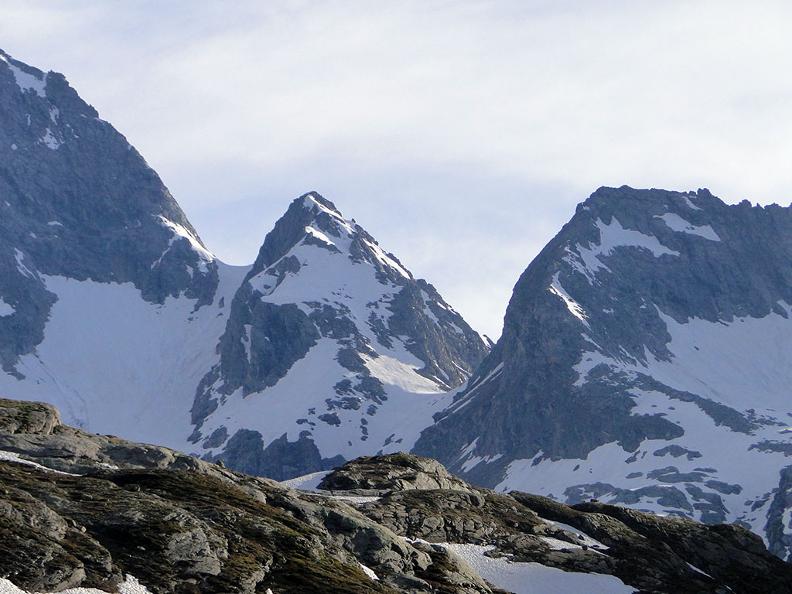 The Basòdino Glacier, with an area of 2 km2, is the largest in Ticino. Its lower limit is currently situated at approximately 2,500 m and the upper limit at approximately 3,120 m, leaving the summit of the same name exposed at 3,273 m. Situated in the floor of the Bavona Valley, thanks to the S. Carlo-Robiei cable-car which provides convenient access in summer, it is also the easiest to admire.

The Basòdino is an alpine glacier (characterised by a narrow accumulation zone and with no glacial tongue), it is temperate (with a constant temperature around 0°C and the presence of water), not very steep, with a number of crevasses but no sérac. The average thickness of the glacier is approximately 40m in the upper section, 27 m in the centre and 15 m on the sides.

Over the past 150 years, the glacier has retreated approximately 1,400 m. Comparisons with period photographs are very striking. During 2008, following marked retreat, the glacier divided into two distinct parts: the “Basòdino Glacier” (southern part) and the “Cavergno Glacier” (northern part). Even with no further warming, the glacier would continue to decrease significantly in surface area and volume for a number of years, and the glacier will appear increasingly more fragmented. After 2030, there may only be a few remainders of ice on the highest peaks.