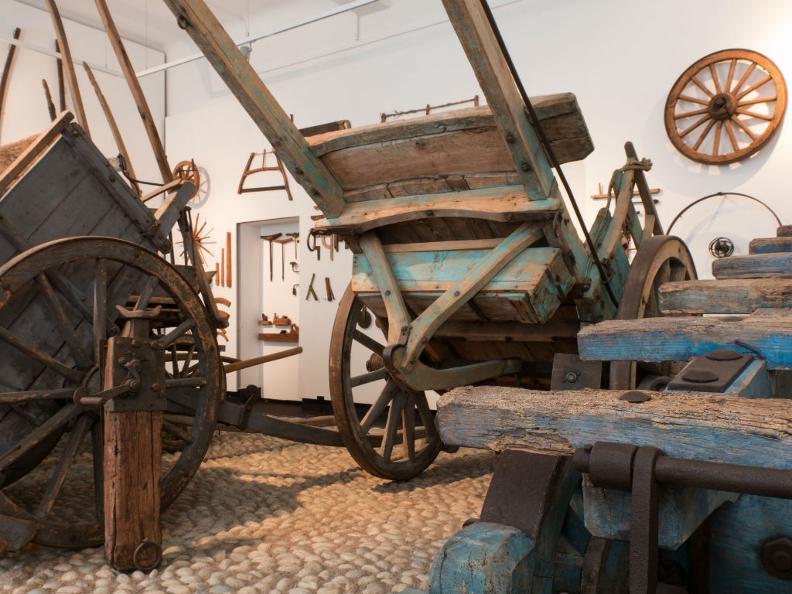 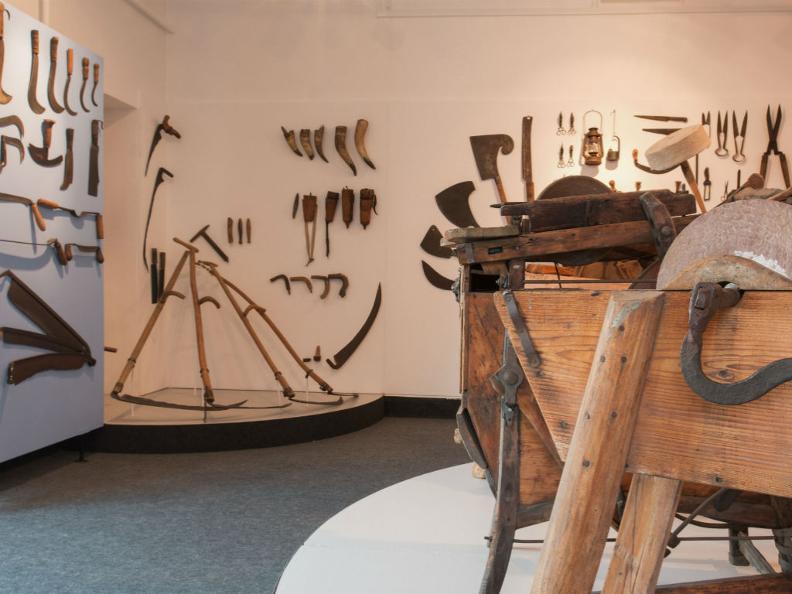 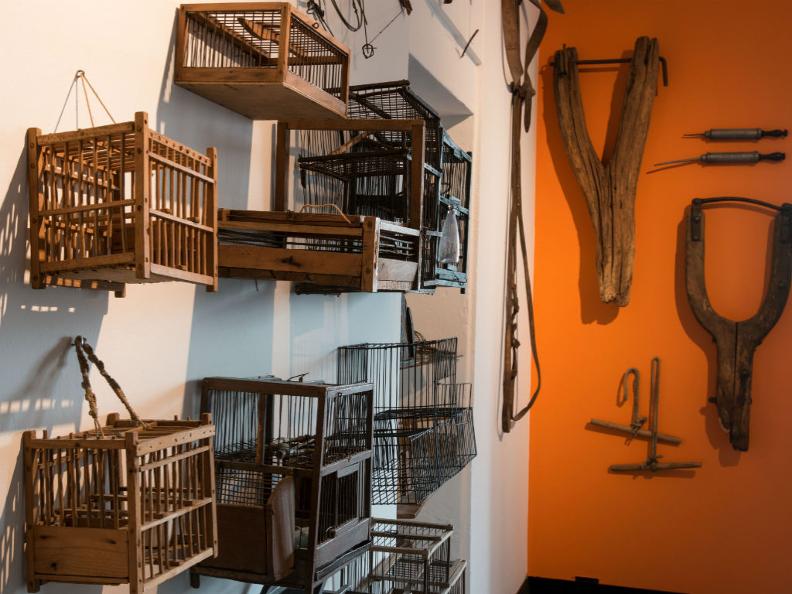 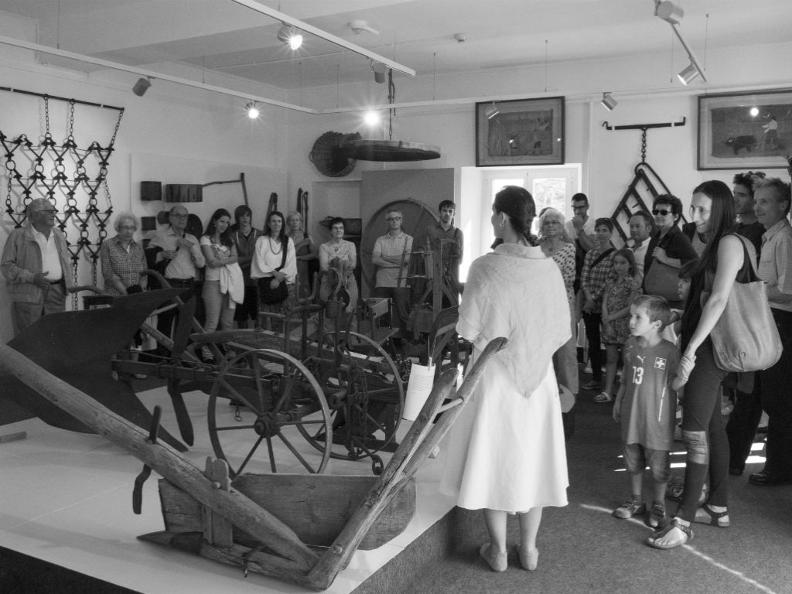 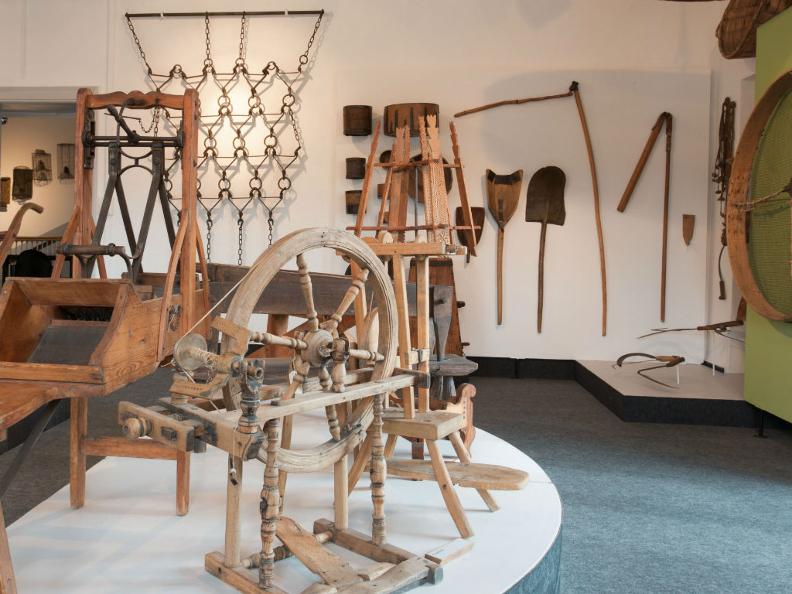 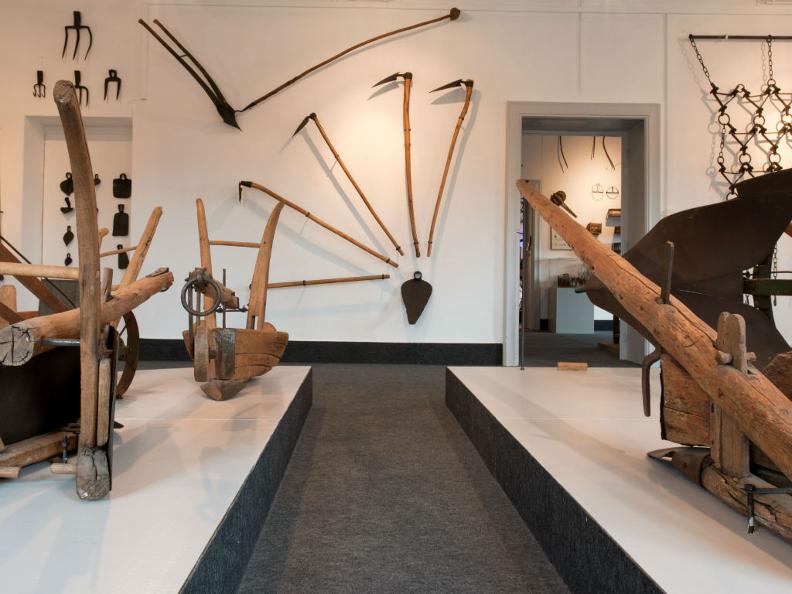 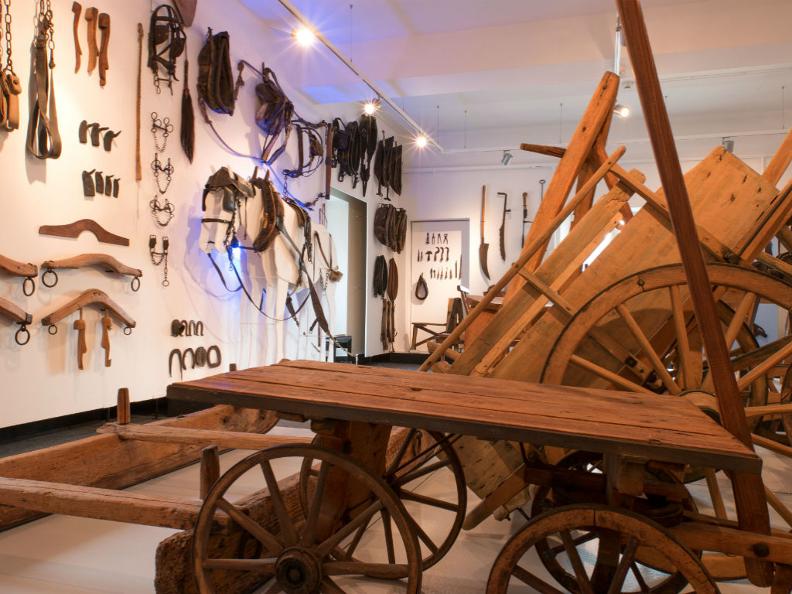 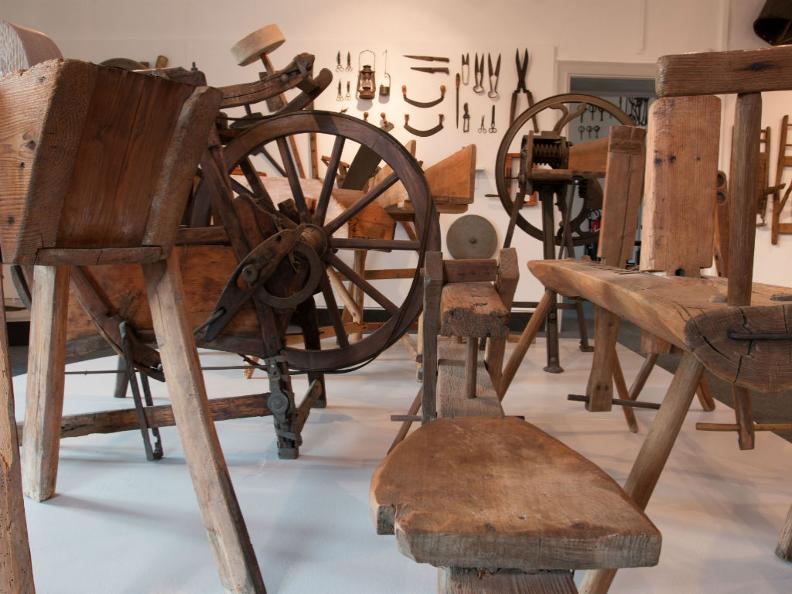 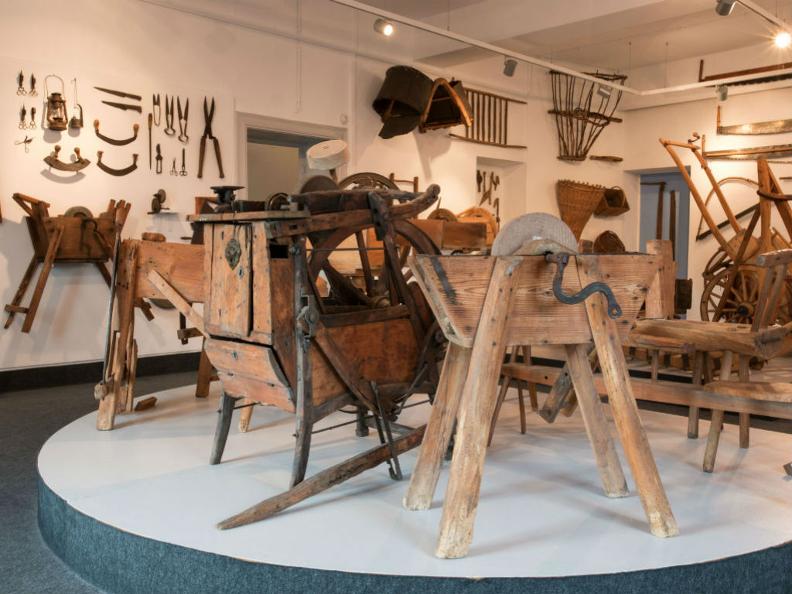 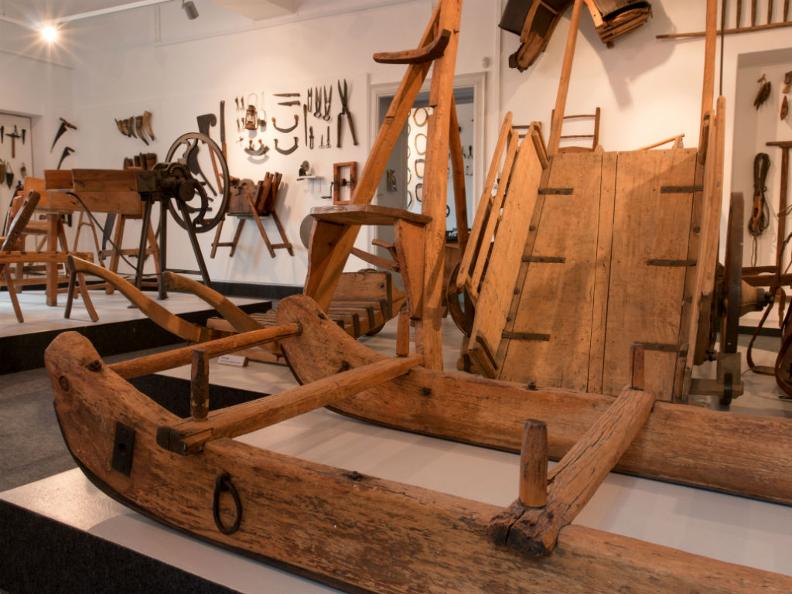 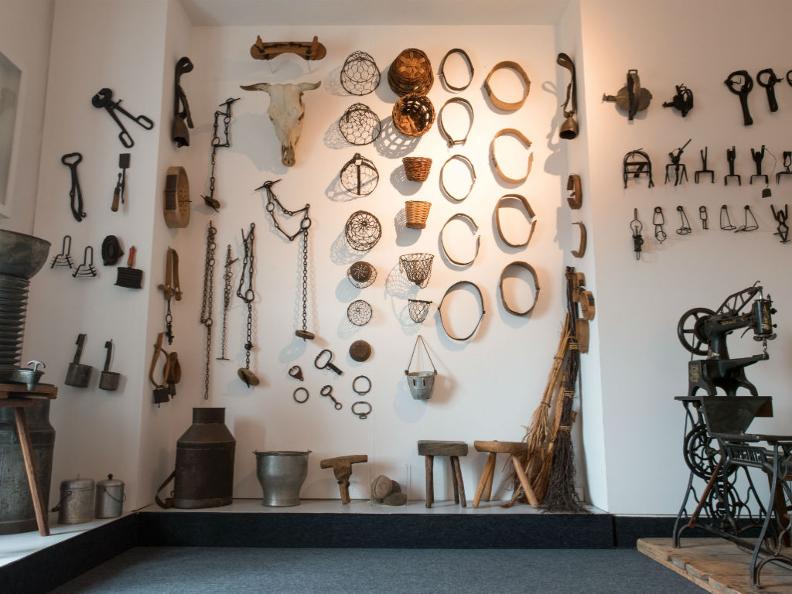 Rural Heritage Museum of the Mendrisiotto

This museum, the one and only of its kind, was set up with the aim to preserve and emphasise the importance of the rural testimonies of the Mendrisiotto and Basso Ceresio.

The seat of the museum is the building which formerly housed the cantonal schools. It is a nineteenth-century building at the beginning of Via al Castello, the little street which from the Piazza Maggiore in the centre, climbs a hill on which in times past there was either a castle or a turret. Opened to the public in 1981, the museum belongs to the Municipality of Stabio.

On the ground floor, in the room exhibiting means of transport, one can see various types of wagons, carts and gigs, as well as the equipment of the cartwright, the craftsman who made the carts and saw to their maintenance.
The first floor, which includes the library, is reserved for temporary exhibitions. A fine collection of traps and snares for capturing foxes, martens, badgers, rats and birds, as well as stable equipment are all found on the spacious landing on the second floor. On the same level, in two large rooms and grouped according to their function, you will find objects relating to various activities in the agricultural world.

In the first room there are cutting tools: saws, axes, pruning-shears, scissors and knives, scythes; harnesses for horses, mules and oxen: yolks, bits, collars; objects of transport for people and animals: wheelbarrows, panniers, baskets and pack-saddles. In the second room, the tools for working the earth and its products have been gathered: plows, spades, hoes, forks and pitchforks, harrows, rakes, straps and winnowingfans.

Worthy of note as well is a stupendous series of rustic tapestries.