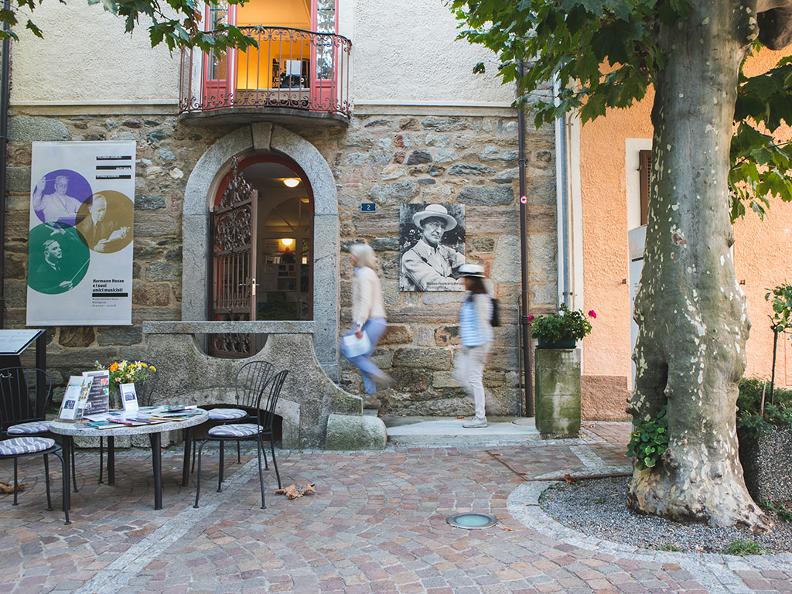 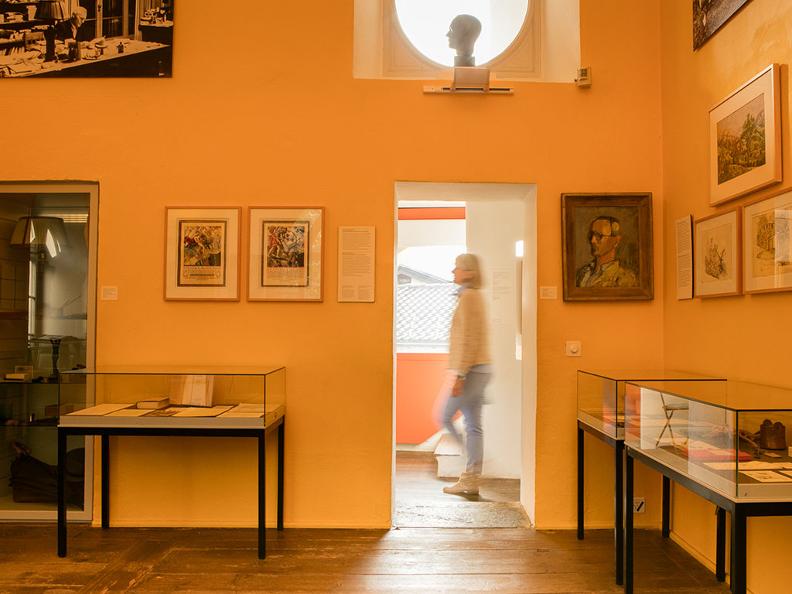 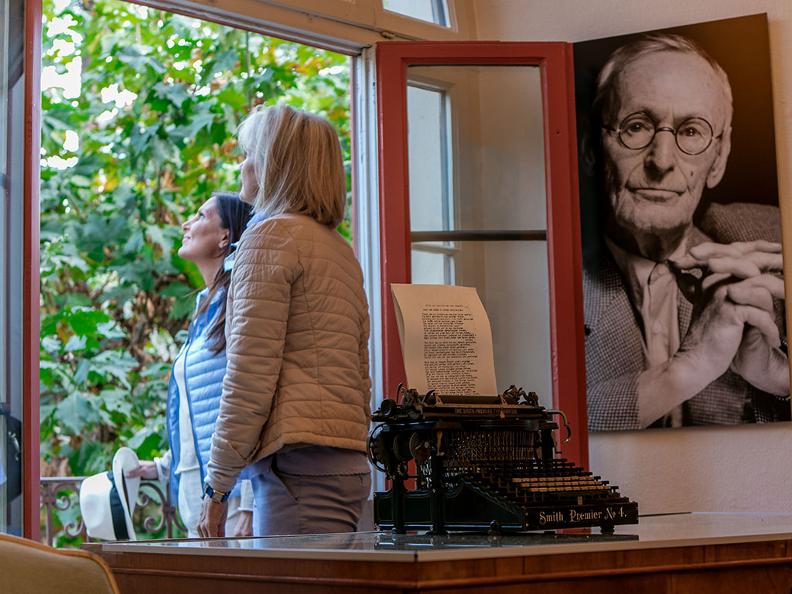 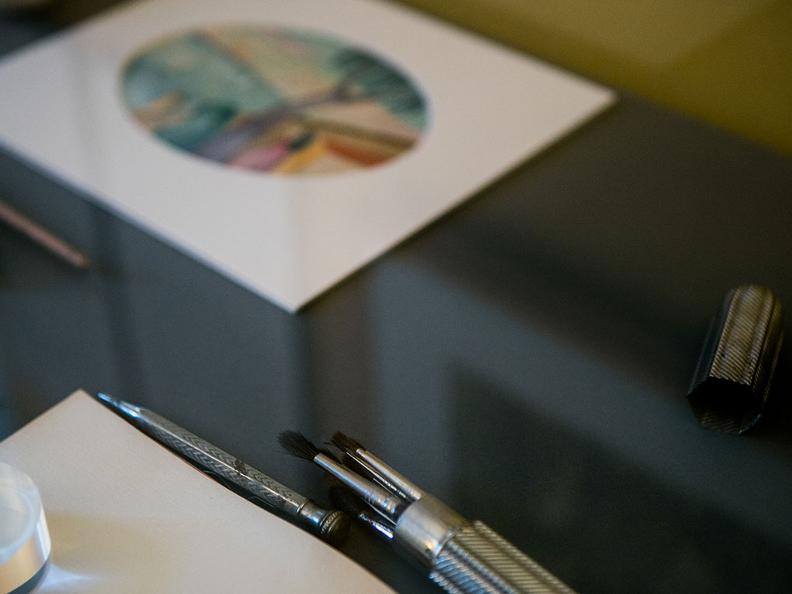 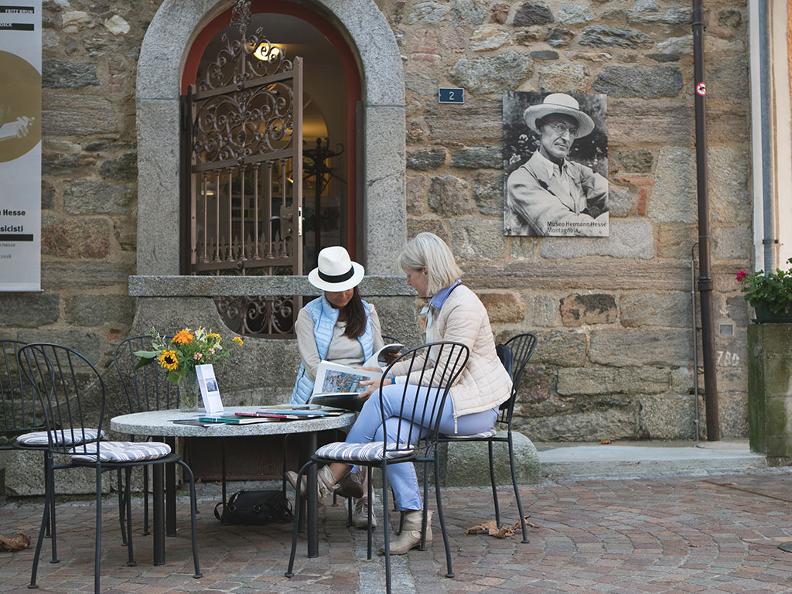 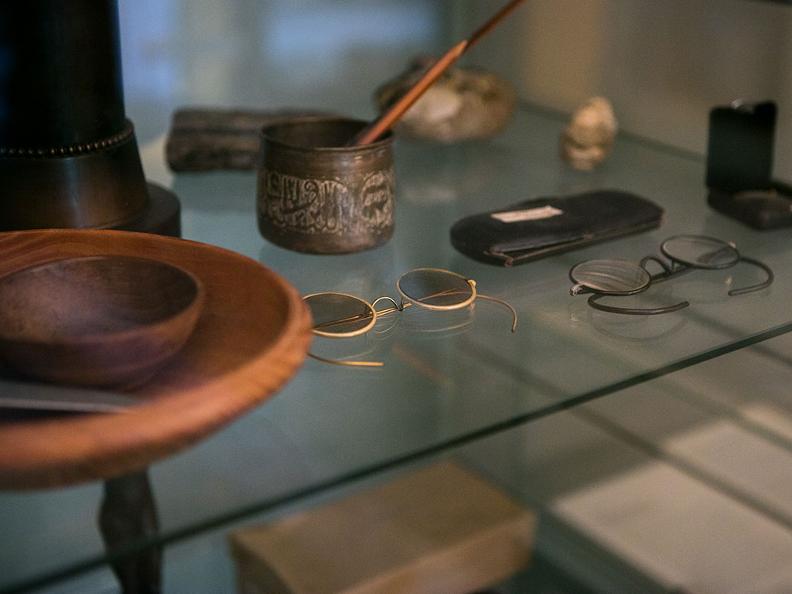 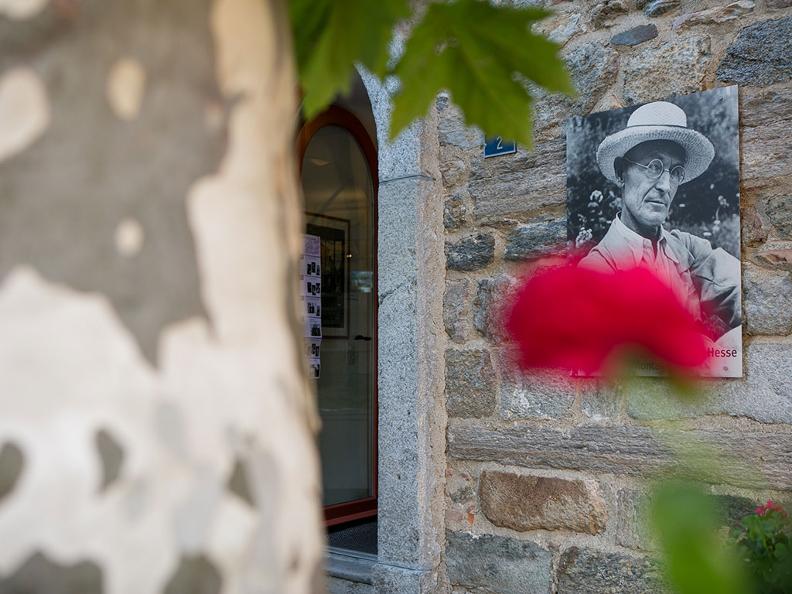 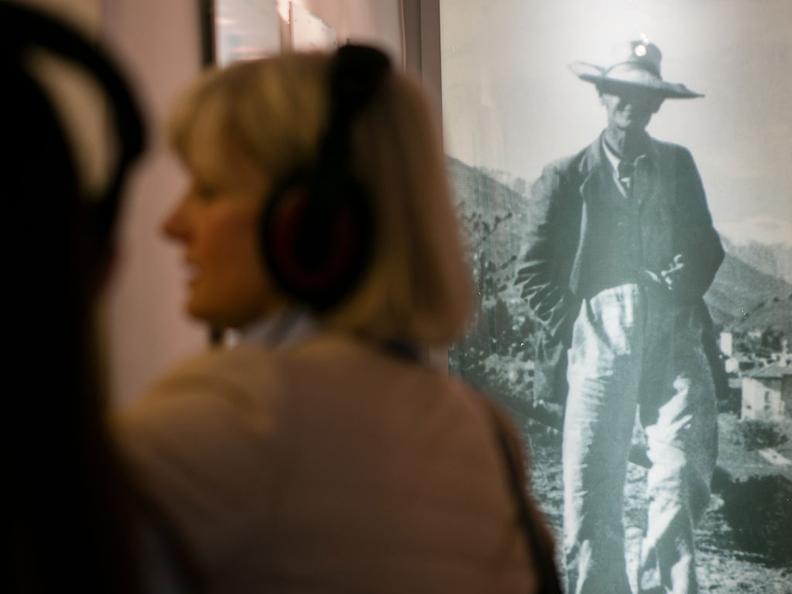 The Hermann Hesse Museum was established in 1997 the rooms of the Torre Camuzzi, in Montagnola, Switzerland.

This ancient tower is part of the picturesque Casa Camuzzi where Hermann Hesse lived between 1919 and 1931. From his apartment, he had a marvellous view overlooking the Lake of Lugano.
The scenery of the Collina d'Oro mountain ridge, upon which lies the village of Montagnola, completely captivated the poet. It was here that he found peace and seclusion, a southern climate and the beauty of nature, which he, as man and poet, needed so much. Montagnola not only inspired some of Hesse's most famous books (such as Siddhartha, Narcissus and Goldmund, and The Glass Bead Game); the colourful beauty of the Ticino landscape fascinated Hesse so much that he turned to painting.

During innumerable excursions in the surrounding countryside, Hesse captured the Collina d'Oro landscape in thousands of watercolour paintings. A permanent exhibition brings back to life Hesse's 40 years in Montagnola.

The many personal belongings, photos, books and watercolour paintings show not only the writer, but also Hesse as a private person. The focus on certain themes, such as India or the writing of The Glass Bead Game, provide the opportunity to follow the writer's creative process.

In addition to the permanent exhibition, the Hermann Hesse Museum in Montagnola offers a variety of activities. Temporary exhibitions, lectures, concerts, films, walking tours, and weekly readings in two languages make the Museum a lively meeting point for visitors from all over the world. The Museum is managed and supported by the Hermann Hesse Montagnola Foundation.

The Foundation promotes exhibitions and events on various themes concerning Hermann Hesse, presented in collaboration with other museums and local cultural institutions in Switzerland and Europe.

Groups: on request also other days of the week