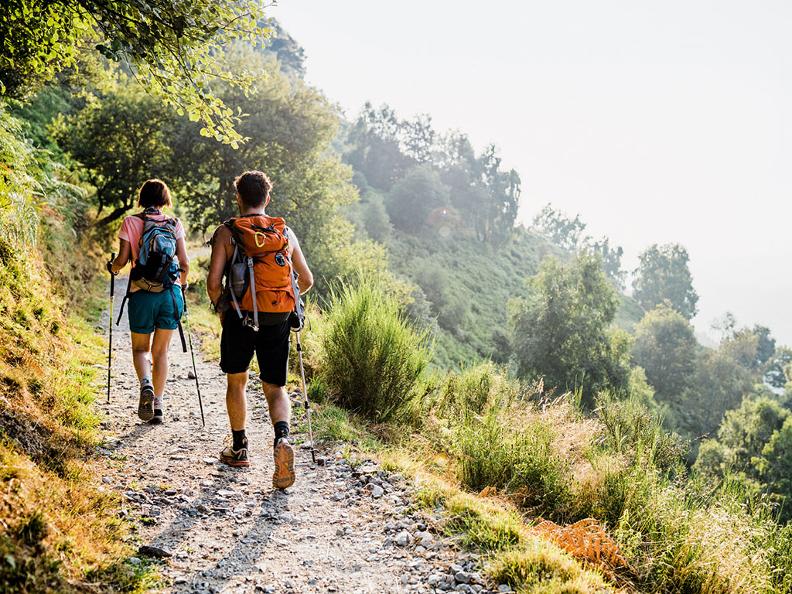 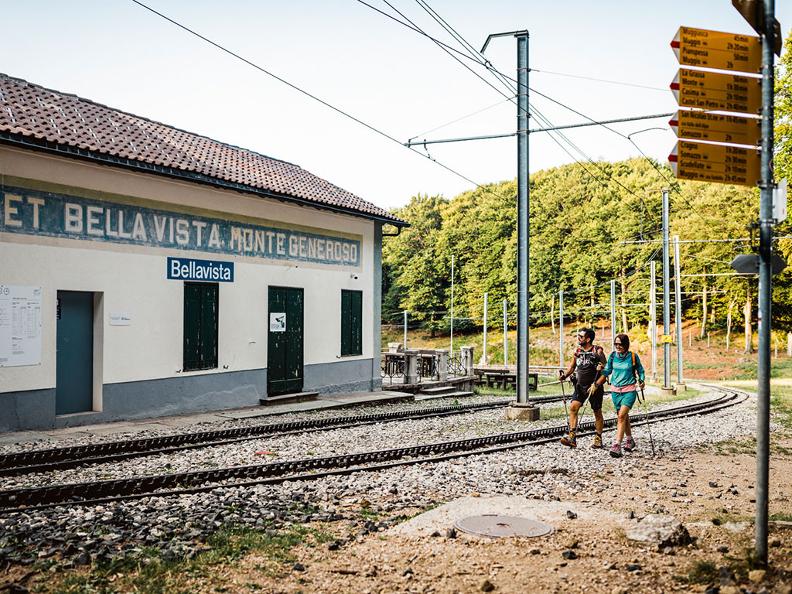 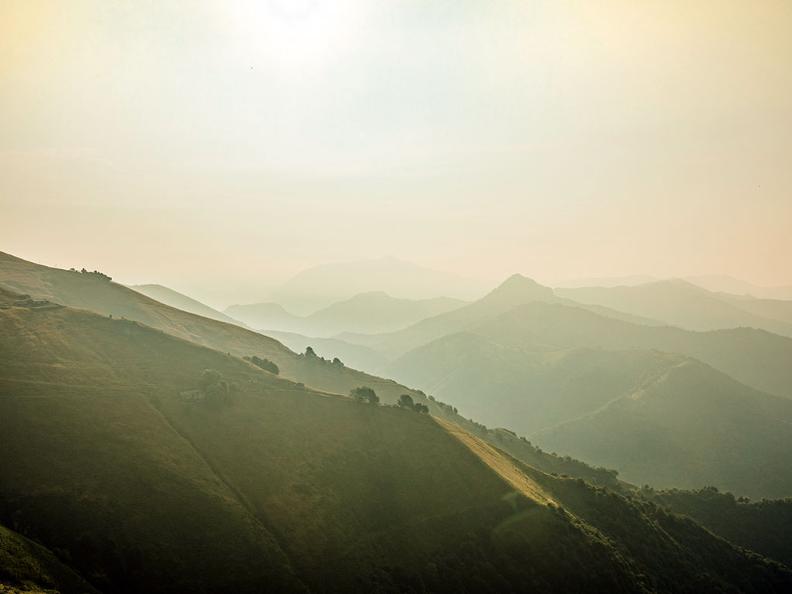 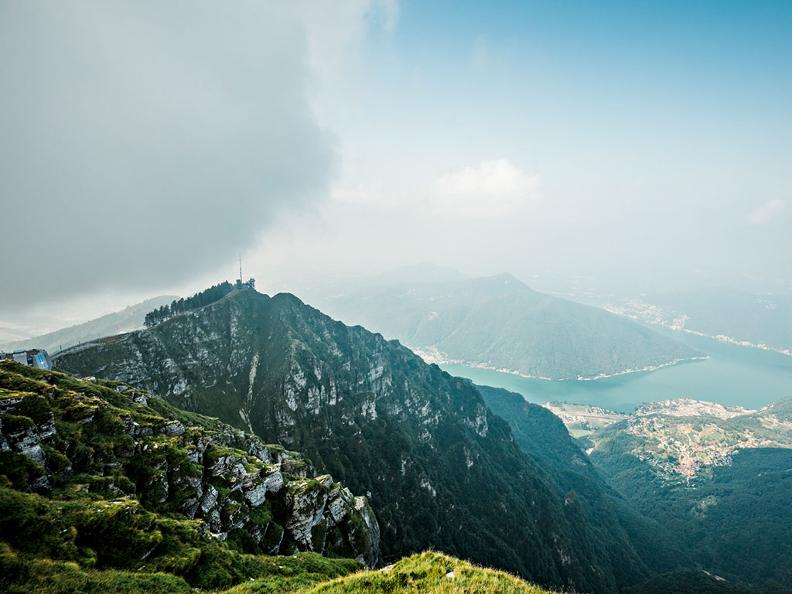 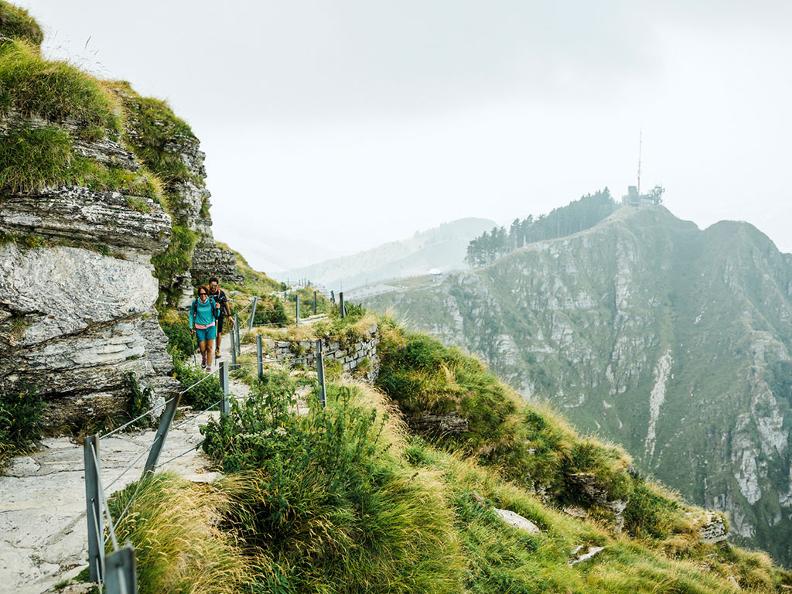 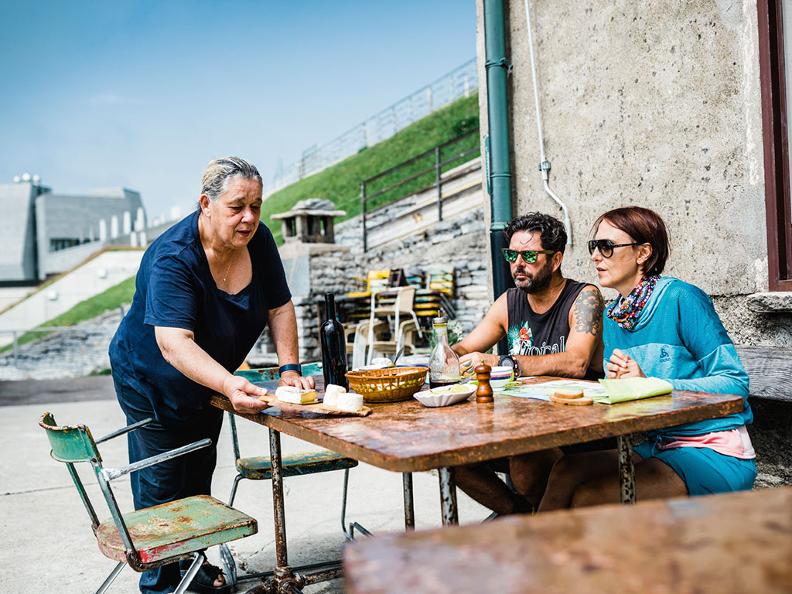 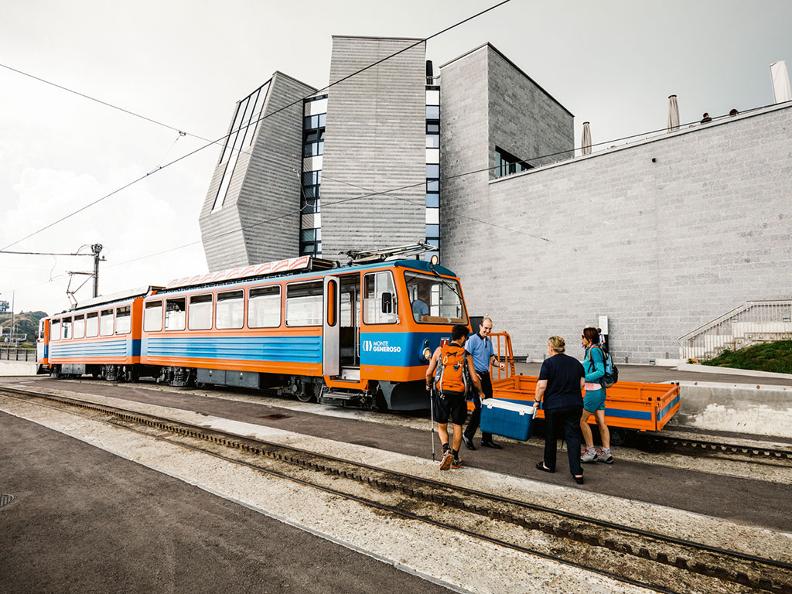 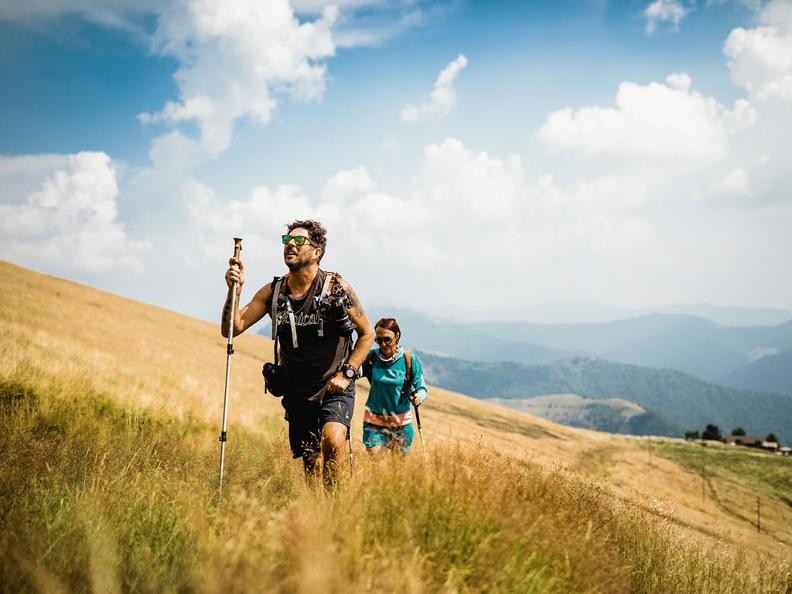 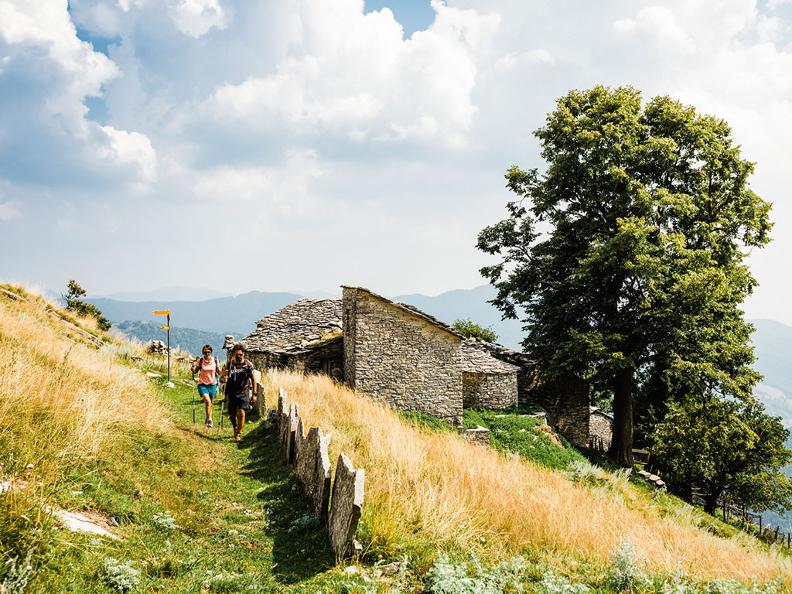 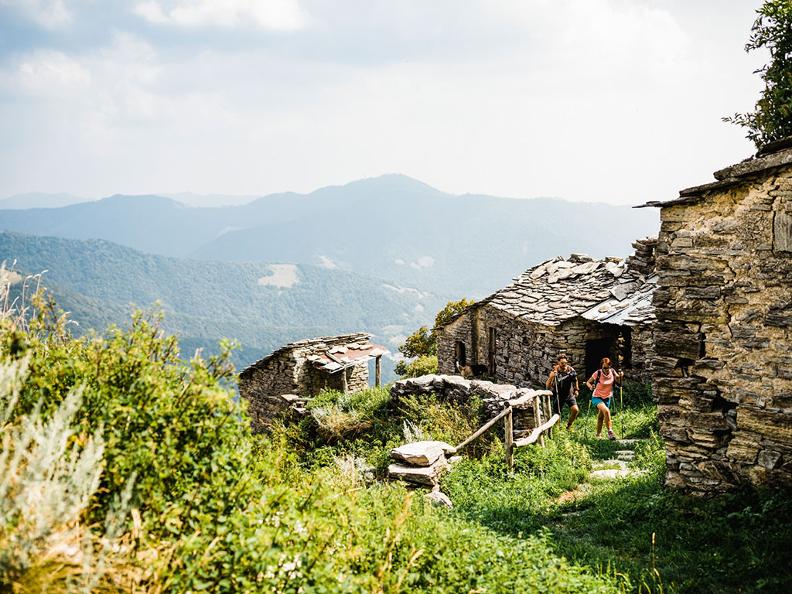 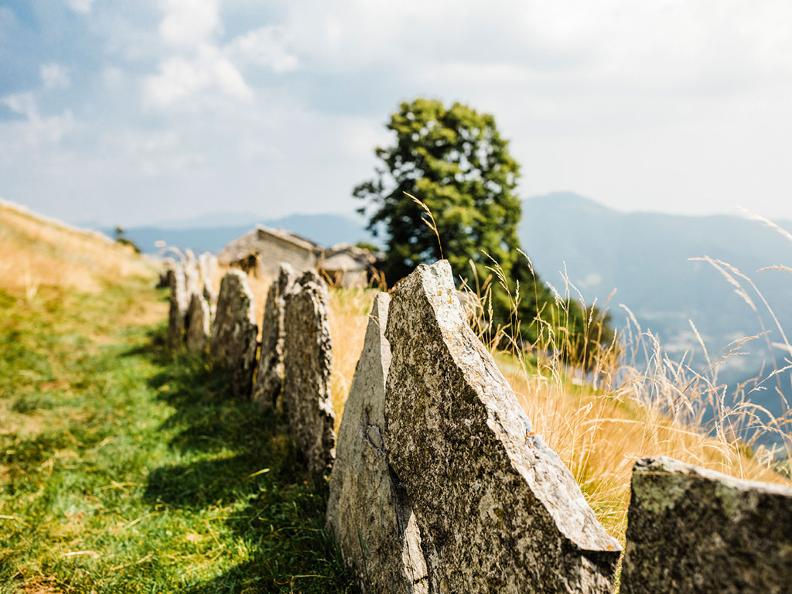 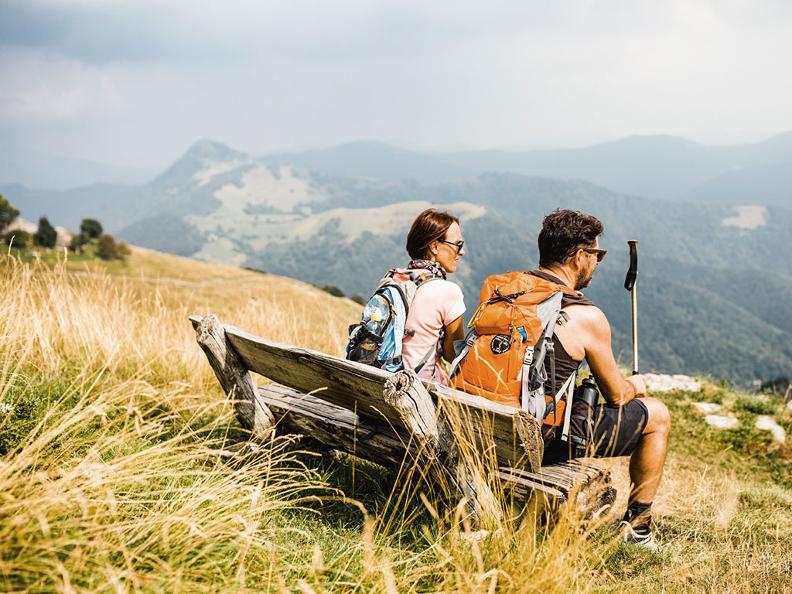 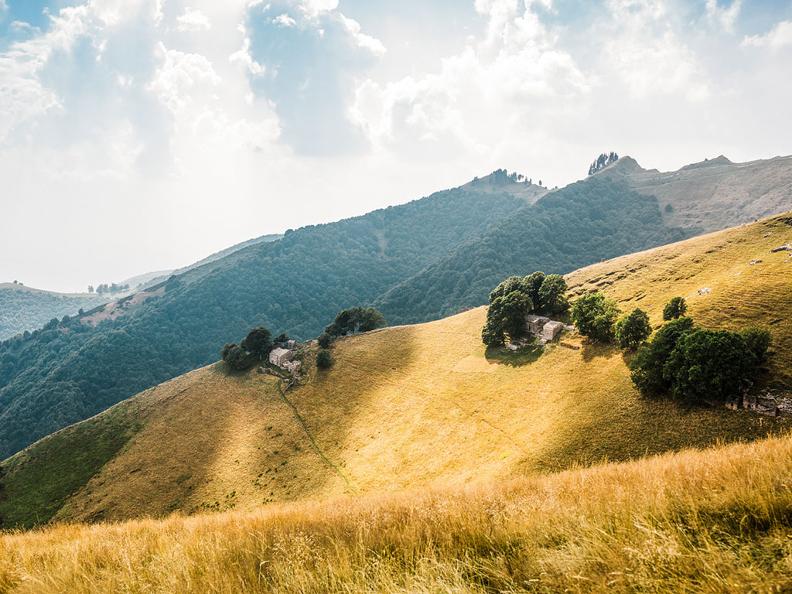 From the Apennine Mountains to the Alps – the panoramic view from Monte Generoso is one of the most spectacular in Switzerland. “Fiore di pietra” designed by architect Mario Botta is another highlight. Distinctive features of this area are the nevère, cylindrical stone structures once used to store milk.

A cog railway has been running from Capolago on Lake Lugano to the 1704 m peak of Monte Generoso since 1890, 9 km through the lovely scenery of the nature preserve. The loop trail begins at the Bellavista mid-station. Below the train track it climbs up a narrow road to the turnoff to Alp Nadigh. A nice path along the slope first descends slightly to Alpe Gènor.

Unique features of this area are the so-called nevère, a kind of outdoor stone refrigerator where the farmers once stored milk to make butter and cheese later. The name comes from the word snow, which was used as a coolant. The typical cylindrical nevère consist of natural stone. Two thirds are buried in the ground. The subterranean part was filled with compressed snow and ice in spring. In summer the milk vats were stored on top. Stairs were provided for access. This original cooling system was used until the early 20th century. Some of the nevère can still be found around Alpe Gènor and, following along a historic stone wall, on Alpe Nadigh.

Then the path begins to climb: via Piana it leads to the peak of Monte Generoso, always close to the Italian border. On top the panorama is one of the most amazing in Switzerland: from the lakes region to the Alps, from Gran Paradiso to Monte Rosa, from the Matterhorn to the Jungfrau, from the Gotthard massif to Mt. Bernina and across the Po valley in northern Italy. Also impressive is the structure Fiore di Pietra, or stone flower, further down. Its octagonal form resembles a flower. It was built by the famous Ticino architect Mario Botta near Monte Generoso’s 400 m drop. The interior houses a restaurant and an exhibition about the history of the railway. A few steps further we come to Alp Clericetti with a view of the Muggio valley. Regional products or cheese made on the alp can be tasted on the terrace. From the station you can take the train back to Bellavista or walk down a wide trail.

Option A
It is possible to take the rack railway from Capolago and stop at the intermediate Bellavista station, at 1224 m, after 25 minutes. From Bellavista, Monte Generoso's summit is about an hour or so on foot, following a stunning trail through the magnificent landscape.

Option B
Towards the very end of the path, after the Genor alpage, you find yourself at a fork: from here, you can go back up to the railway station or go down to the Bellavista intermediate station, from where you can take the little train to Capolago.

Elegant like amphitryons, the nevere (cold storage huts) stand proudly at the entrance to the alpine complex, almost as if they wo...

The Bear's Cave is located in Italian territory, ...

For 130 years now, the cogwheel railway has been running along a 9 km stretch of the picturesque mount...

The museum in the territory. Casa Cantoni in Cabbio is the Museum's information centre. A plastic model and an interactive sta...

The wild horses of Monte Bisbino

In the severe winter of 2008-2009, when the mountains were covered with over a meter of snow, two groups of Haflinger horses desce...