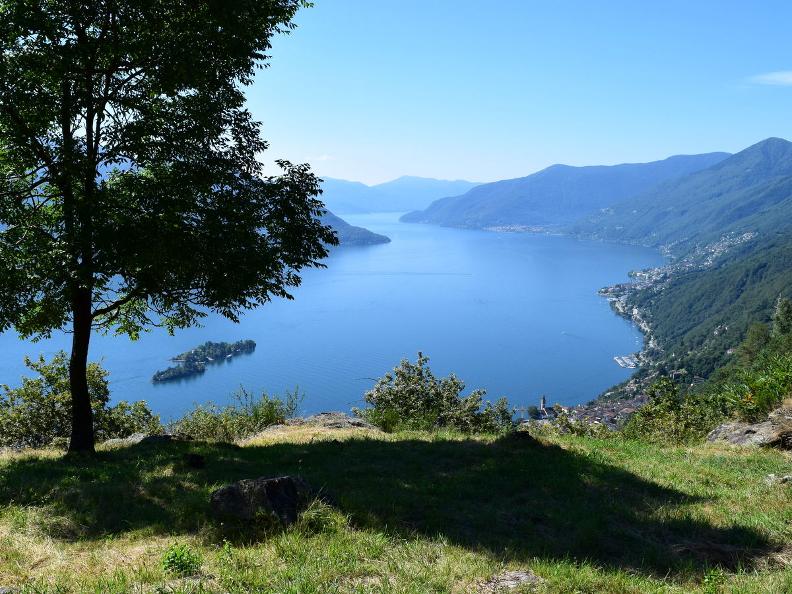 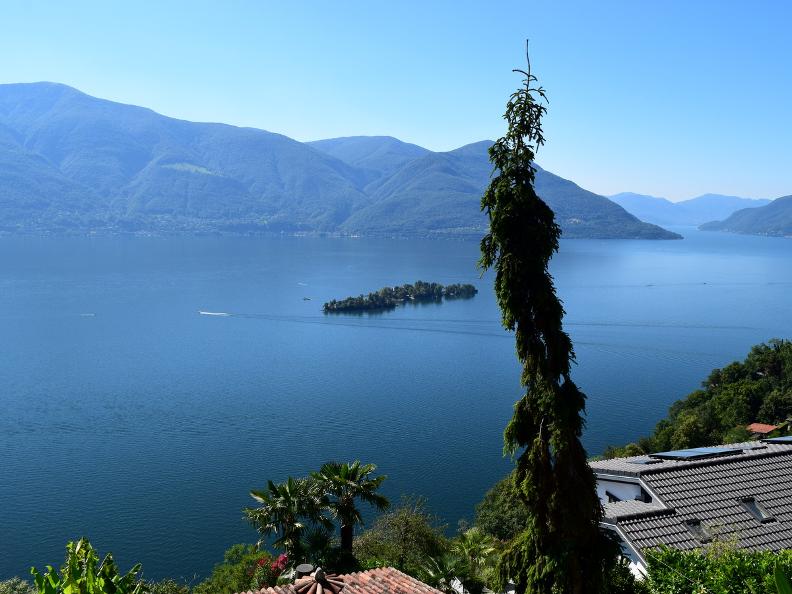 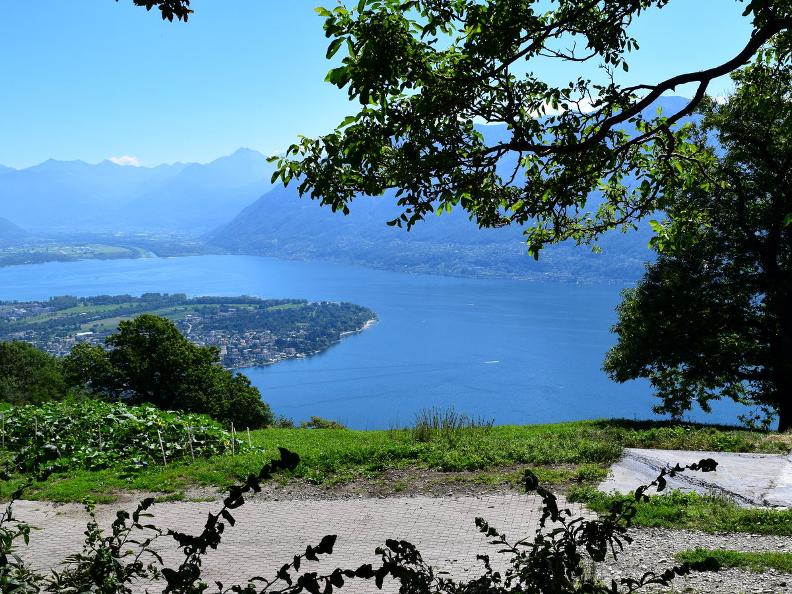 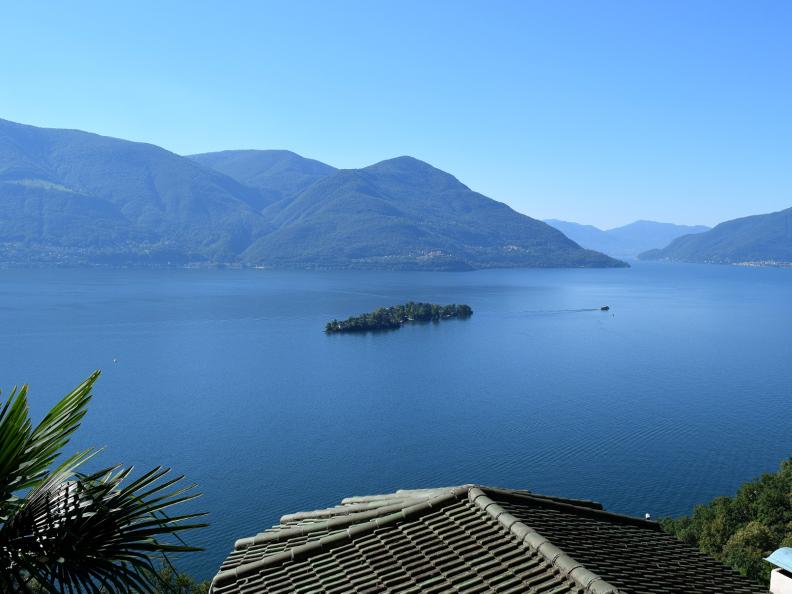 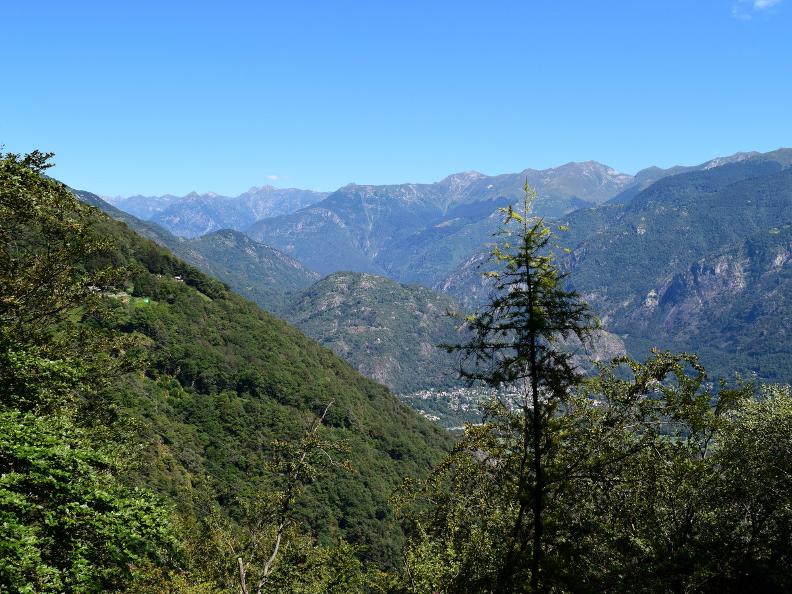 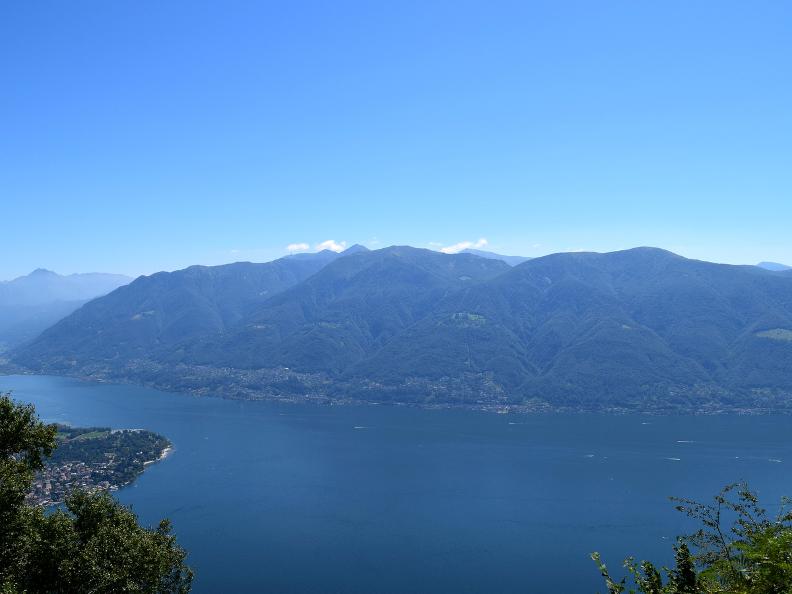 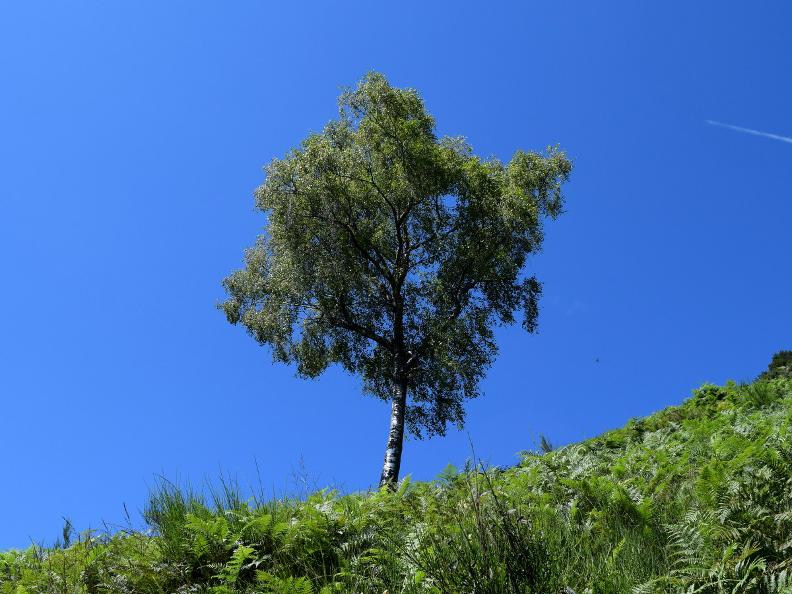 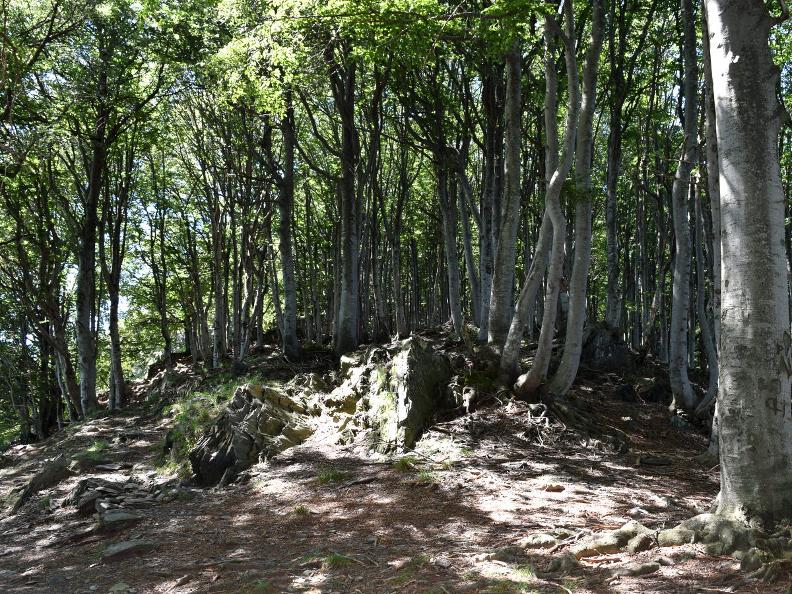 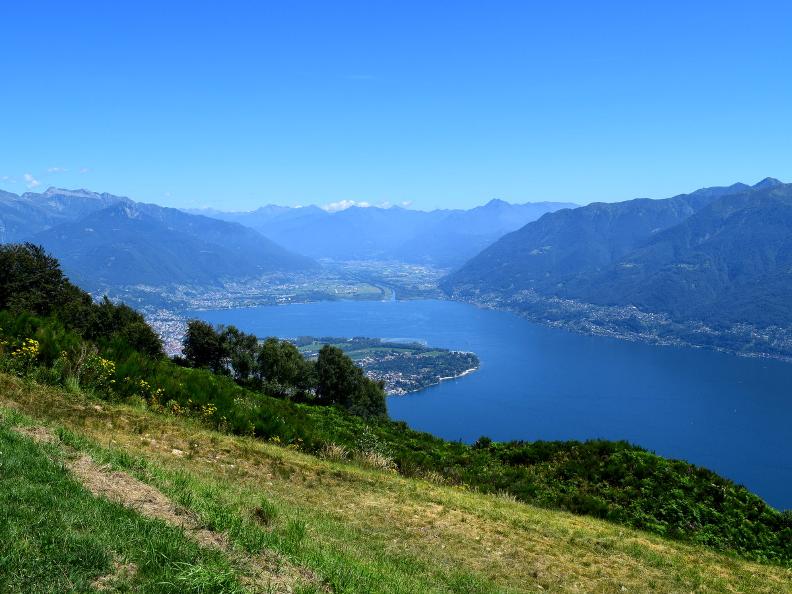 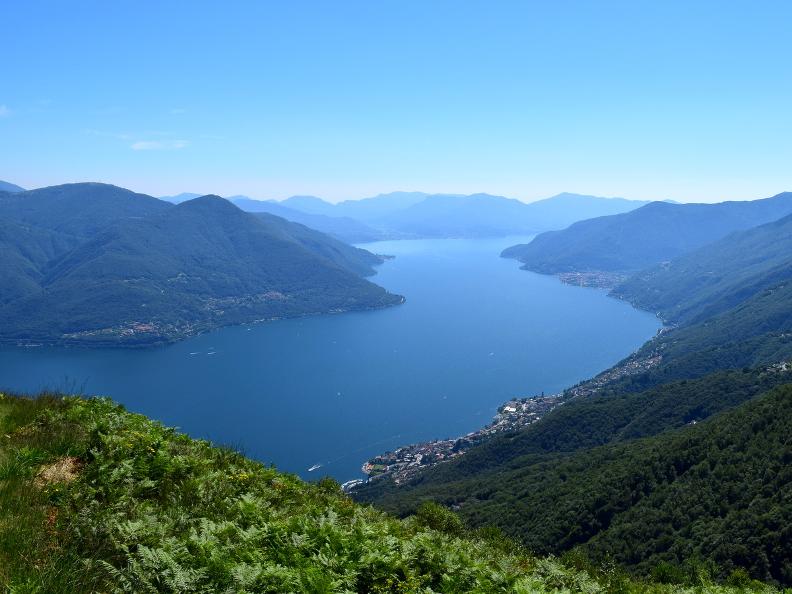 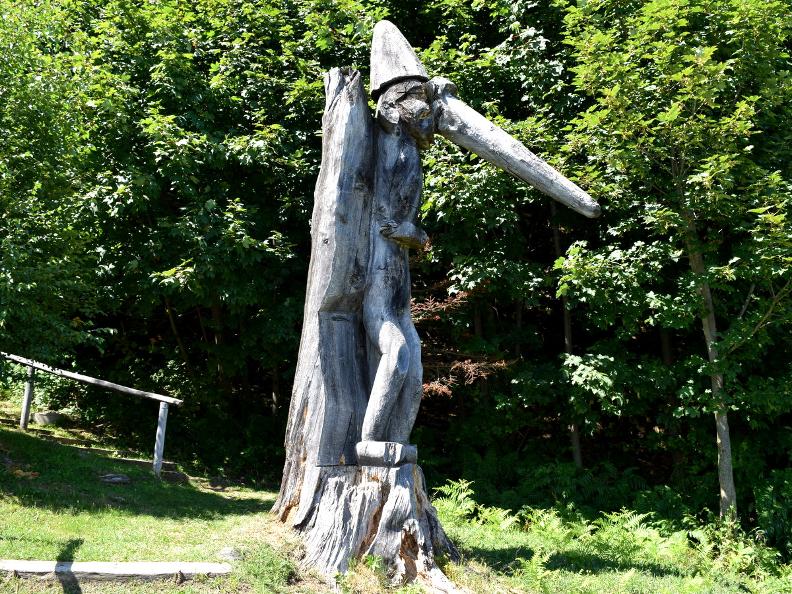 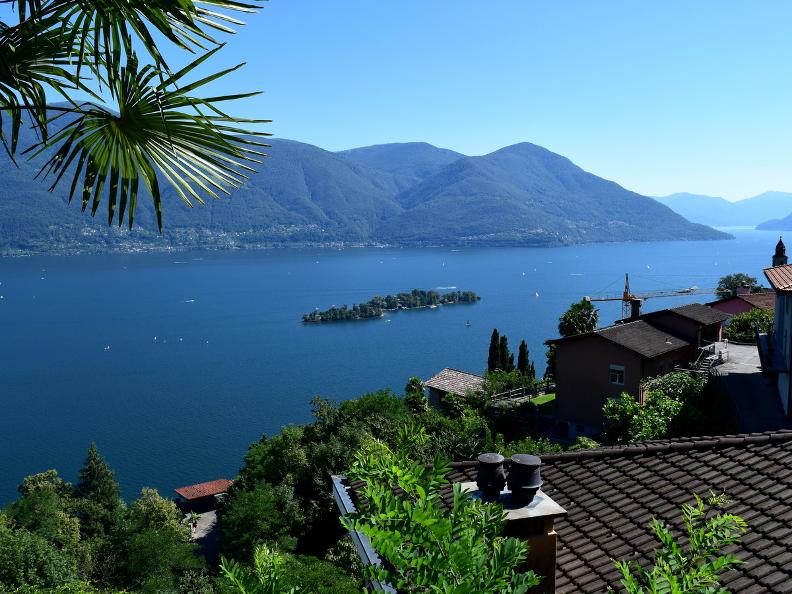 Rather long and challenging hike (about 1,000 meters of elevation gain), but the effort is fully paid off by the amazing view of Lake Maggiore.

Start from the center of Ronco sopra Ascona, a village of medieval origin characterized by a beautiful and well preserved center. After passing through the village, take the trail that climbs steeply through the woods until you reach the location of Non.
Continue until you meet the paved road and follow it for a short distance. Continue the ascent, passing a few mountain settlements, until you reach the picturesque group of houses in Purera. Shortly thereafter, join the paved road and follow it until the small church of Pozzuolo. The natural environment here is barren due to a large fire that occurred several years ago.
From the small church, take the path that goes by Alpe Casone until Corona dei Pinci, at an altitude of 1,294 meters.
This is the highest point of the excursion and offers a magnificent view that ranges from the Magadino Plain to the Maggia River delta until the central part of Lake Maggiore.

The path back to Ronco sopra Ascona faces east and passes among meadows, stretches of forest (mostly chestnut), and small clusters of houses. In the last part descend into the woods until you reach the Ronco cemetery, where you join the paved road that will take you back to the center of the village.

There is a reason why Ronco sopra Ascona is called „the balcony above Lake Maggiore“. It is renowned for the immense and stunning ...

The Brissago Islands are the Canton Ticino's botanical park. The little island (Isola Piccola or St. Apollinaire) is covered with ...