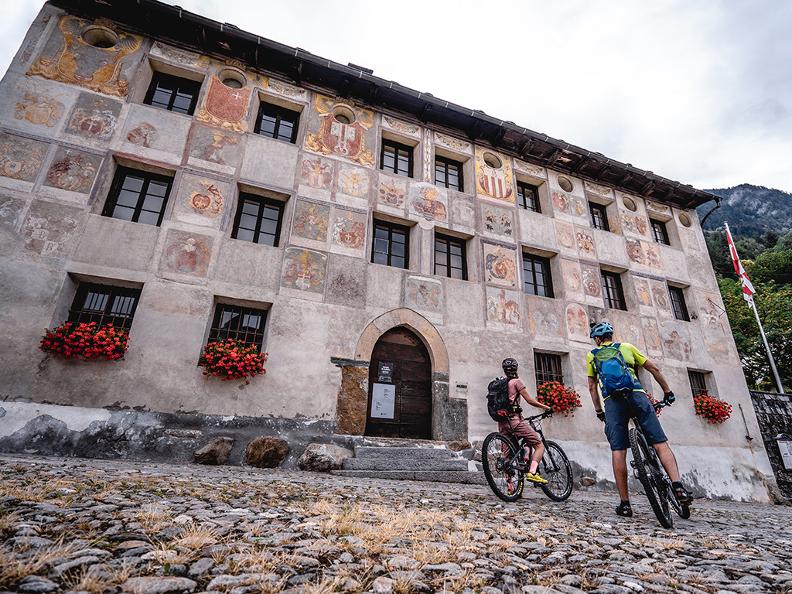 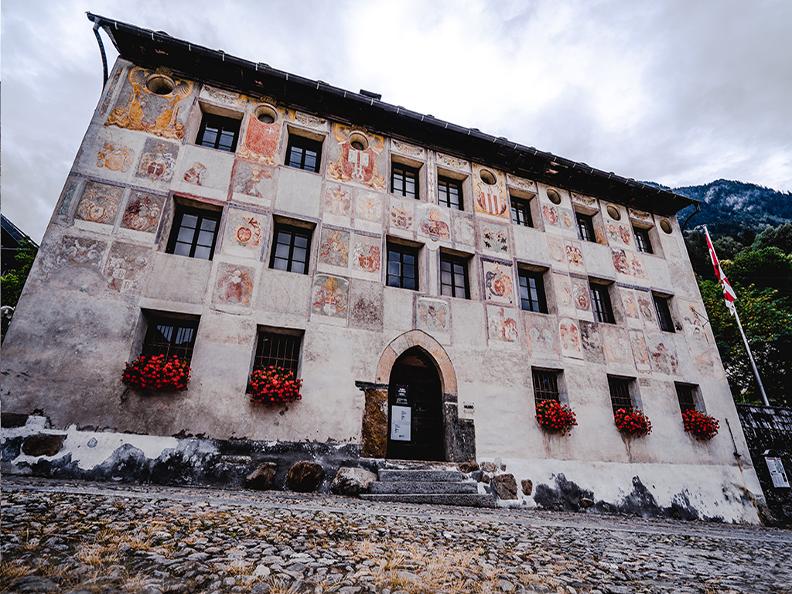 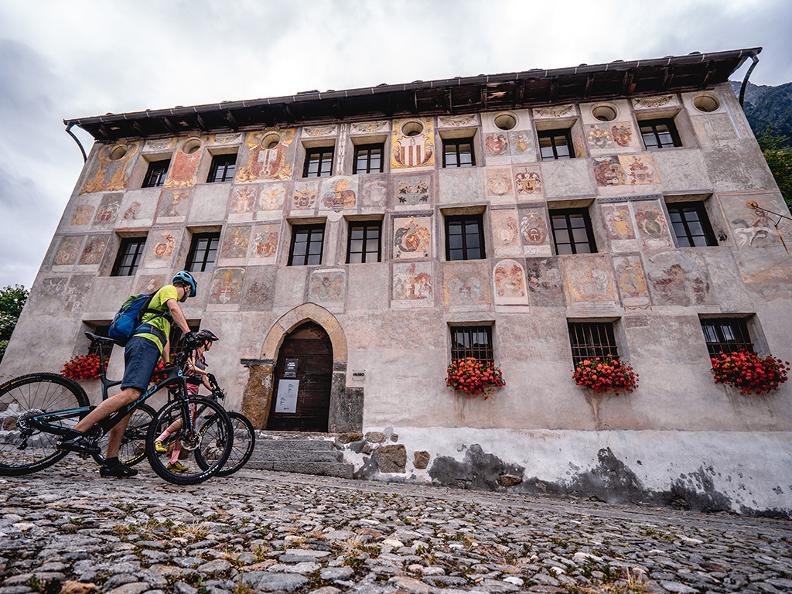 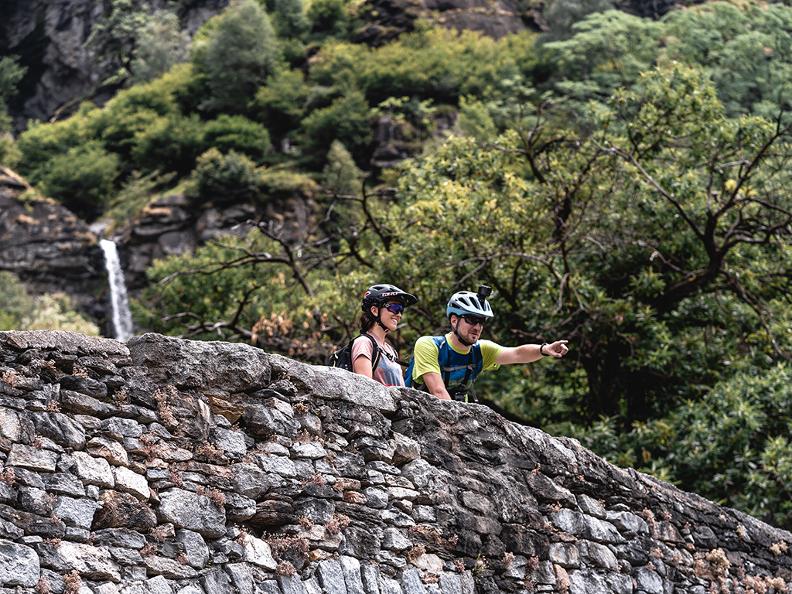 This route links Olivone with Biasca and along the route features many historical and cultural testaments to the valley's past.

The route winds along the valley floor past numerous testaments to the valley’s history. From Olivone towards Biasca, after passing the small village of Ponto Aquilesco and the hamlet of Aquila along mule tracks and hiking paths you reach the hamlet of Dangio and pass Cima Norma, the old chocolate factory which produced up to 1,500 tonnes of chocolate and employed more than 300 workers in the 1940s and 1950s, making a significant contribution to the valley’s economy in the last century.

A short rise on a path leads to the hill where the Curterio Castle once stood, although there are no significant remnants of it left today. The Oath of Torre was signed here in 1182, in which the inhabitants of Blenio and Leventina expressed their desire to remain free, with no jurisdiction other than that of the Milanese.

The route then continues towards Lottigna, home of the Blenio Museum, then descends along a path to the Terme di Acquarossa hot spring, renowned throughout Switzerland as a spa. The current building, which has been closed since 1971, was inaugurated in 1886.

Continuing along the old Satro road you arrive at the hamlet of Dongio, passing through an area of caves and vineyards, where the «houses of the pagans» can be made out hollowed out of the rocks overlooking the town.

The route then continues between Motto and Malvaglia on a section of dirt road following the Biasca-Acquarossa railway line, created in 1911 and dismantled in 1973. After passing through the hamlet of Malvaglia you take the end of the path from Legiuna, a floodplain of national importance.

For mountain biking, follow the logo indicated on the red signposts:
Valle di Blenio Bike
no. 387

This is a regional historical house dating to 1658. Olivone acknowledges the generosity of Mrs. Ottie Jacob Piazza and her contrib...

Tipical house made of wood and brickwork from the high part of the Blenio Valley, this building is dated back to the XIV century. ...

Among the Alpine foothills at the base of the majestic Adula peak is the modern Caseificio del Sole farm and dairy. Enjoying a spl...