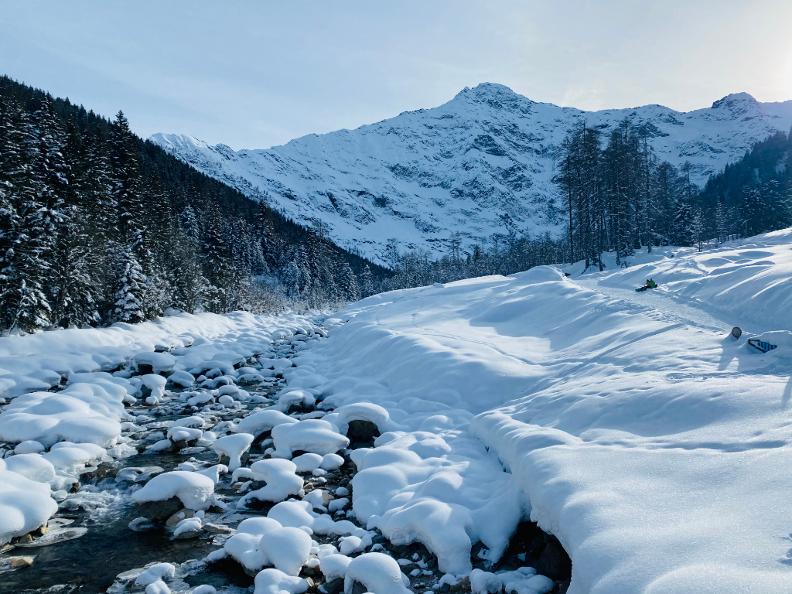 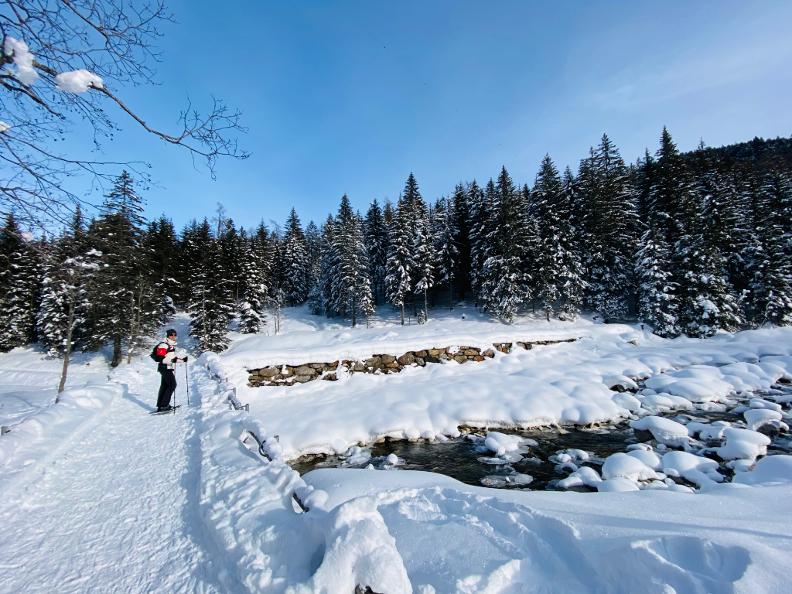 Just a few kilometers from the highway exit at Quinto or, more precisely, in the beautiful village of Dalpe at 1,200 m a.s.l., there are four very diverse snowshoe trails. The outermost loop trail is included in the official SwitzerlandMobility routes (957).

« The marmot » loop trail runs through the enchanting Val Piumogna, with its typical farmsteads, pastures and river, set in a magnificent basin overlooking the spectacular crown of peaks of over 3'000 m a.s.l. in altitude, comprising Pizzo Forno, the Tencia group and Pizzo Croslina.

The Val Piumogna bridge is the furthest point marked on the trail, and it is advised not to cross it because it enters into an avalanche zone.

Returning on « the marmot » trail, on the right side of the river, only a few steps from the junction with « the wolf » trail, there is a sign pointing to the lookout from which Dalpe and Cornone can be viewed from above.