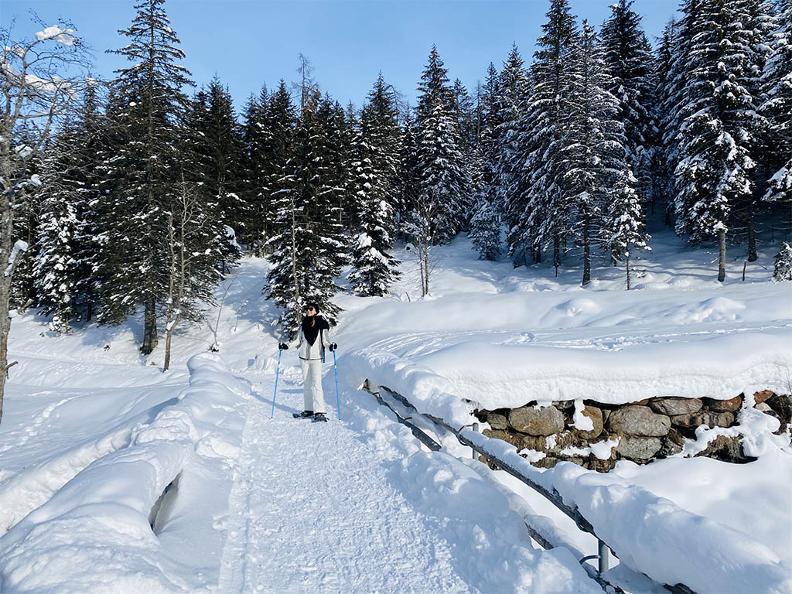 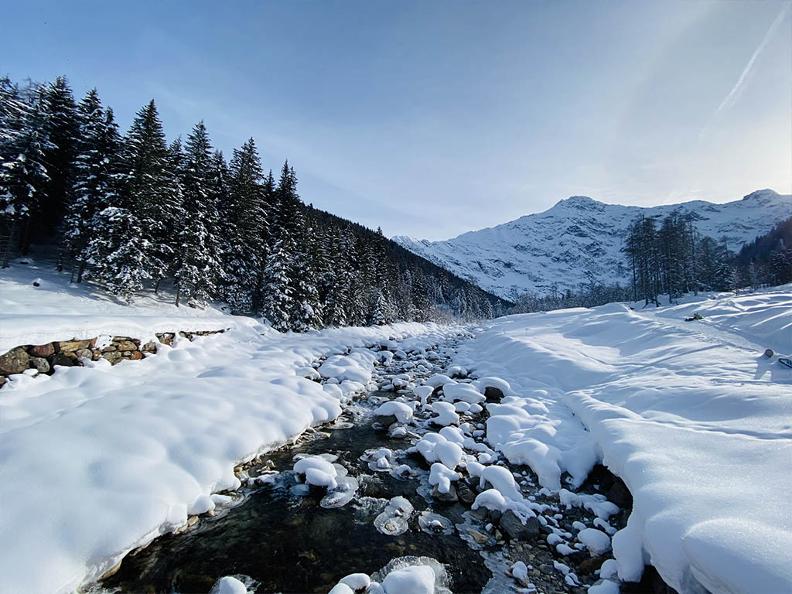 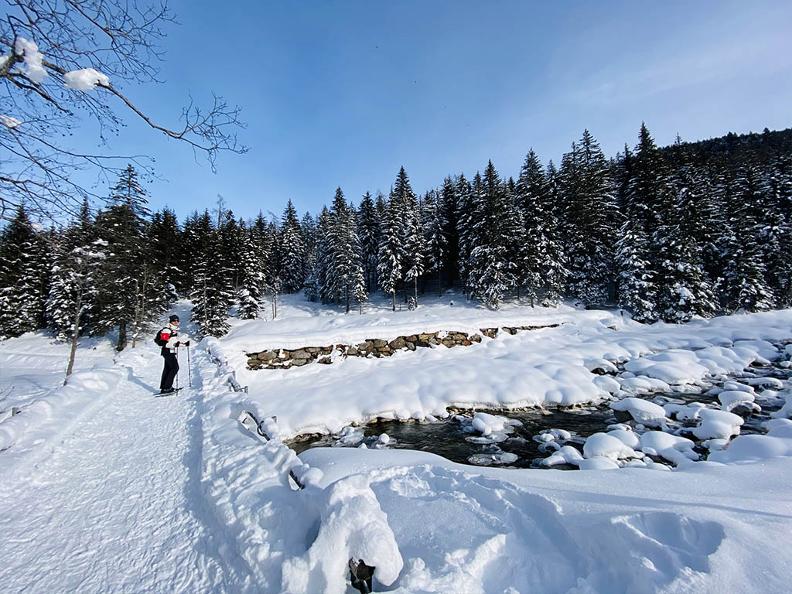 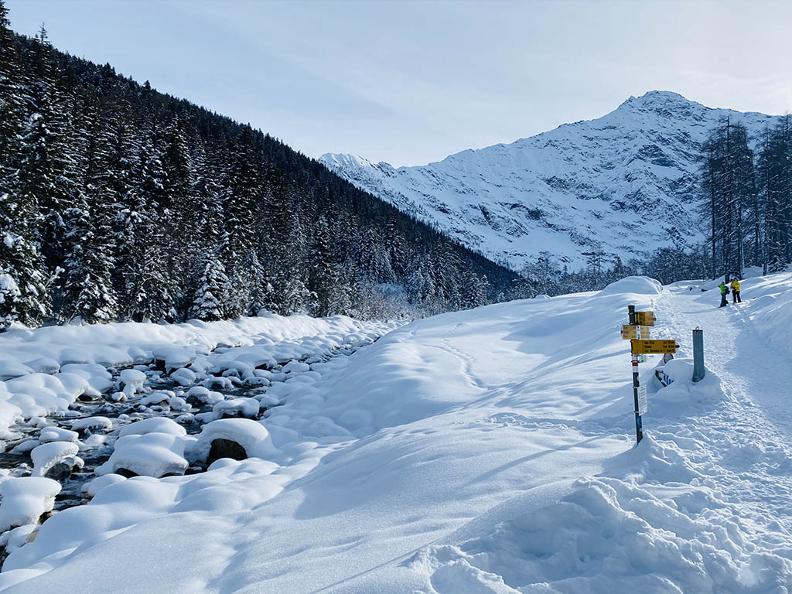 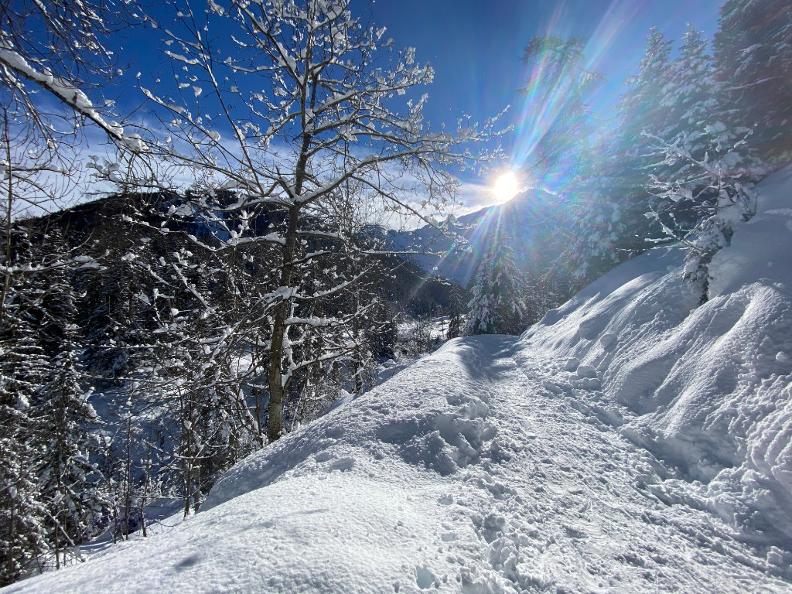 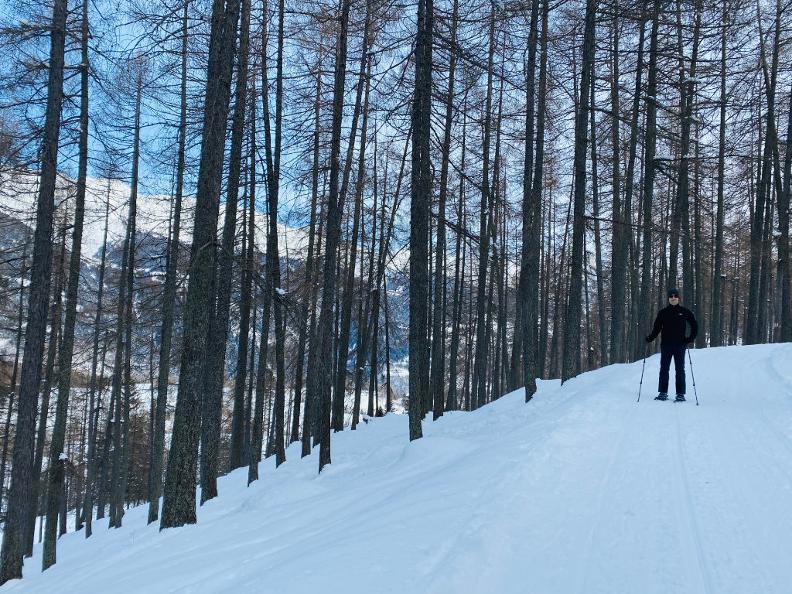 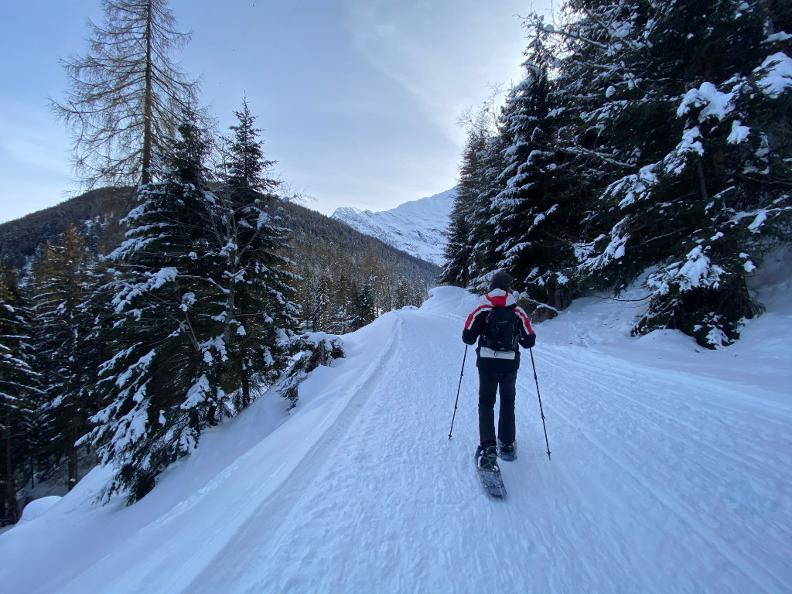 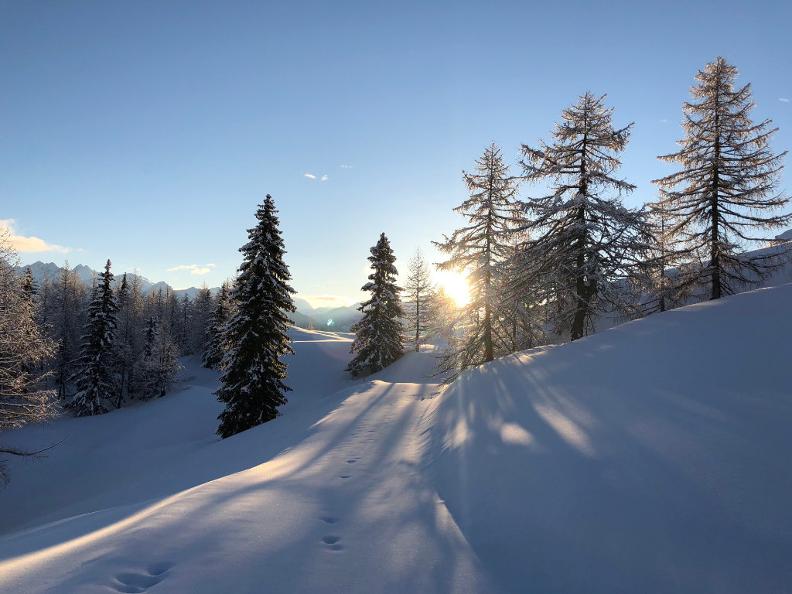 One of the most beautiful itineraries in the Leventina through the magical Boscobello and Valle Piumogna.

Dalpe, a sunny village in Alta Leventina, is easily reached by car or postbus. The starting point for this route is in the centre of the village, near the little food shop.

After passing the village, you enter the Boscobello, characterised by majestic and slender larches, and then proceed in the direction of Piumogna along the river of the same name. After passing the group of farmsteads, you move to the opposite side of the river to return to the starting point passing through Vallascia.

In Dalpe there are other snowshoe trails suitable for everyone; they are marked as "the wolf", "the marmot", "the hedgehog" and "the squirrel" and differ in length and difficulty.

Nearby there is also the Bedrina ski lift where you can ski, sledge, have a drink or something to eat at the buvette.

For snowshoe trails, follow the logo indicated on the rose signposts:
Percorso Dalpe 957.

The route Percorso Dalpe 957 is part of the national network of SwitzerlandMobility.

The Hotel des Alpes was completely refurbished to do this, all the rooms have been built to fit the space available. The wooden in...

Family run B&B located in Prato Leventina, 10 km south of the Gotthard tunnel and 3 km from the A42 (Quinto) exit of the A2 motorw...