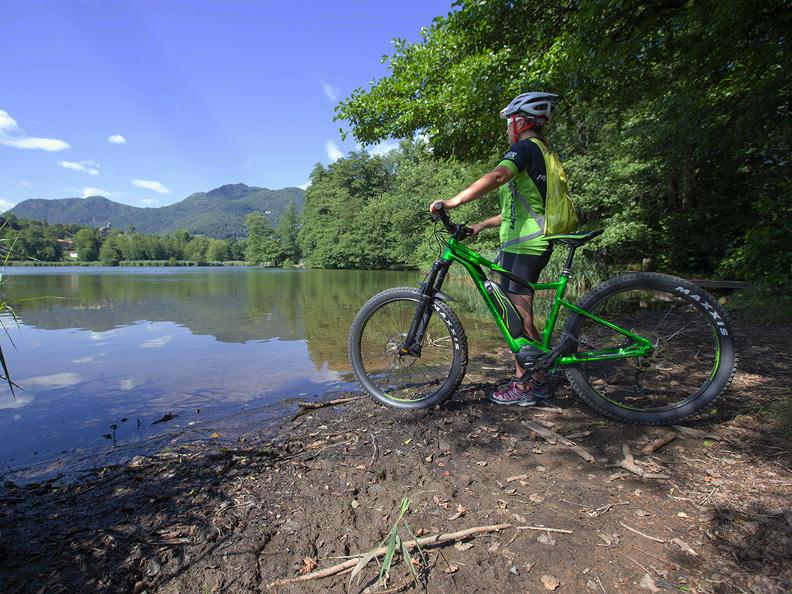 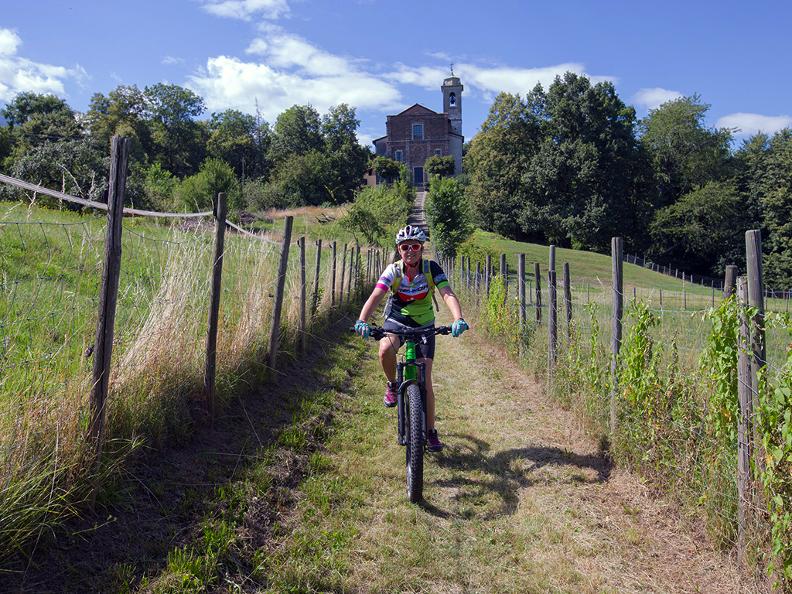 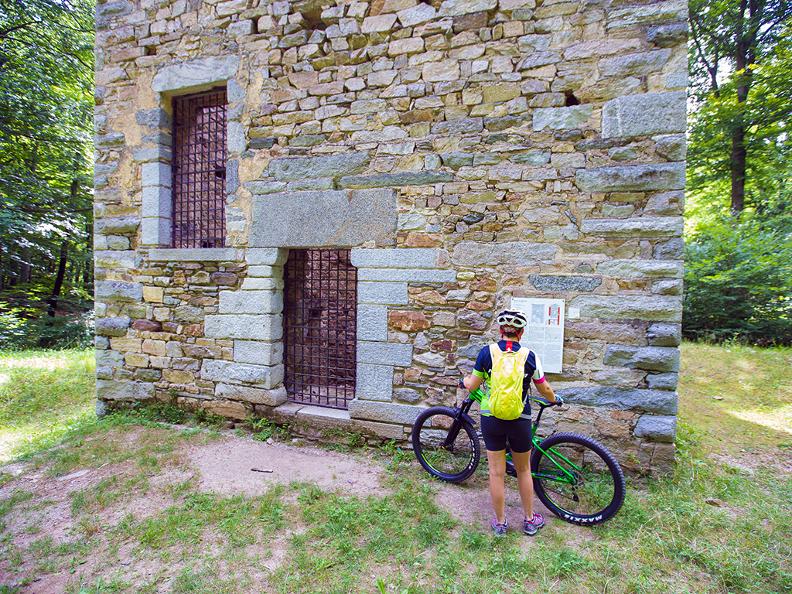 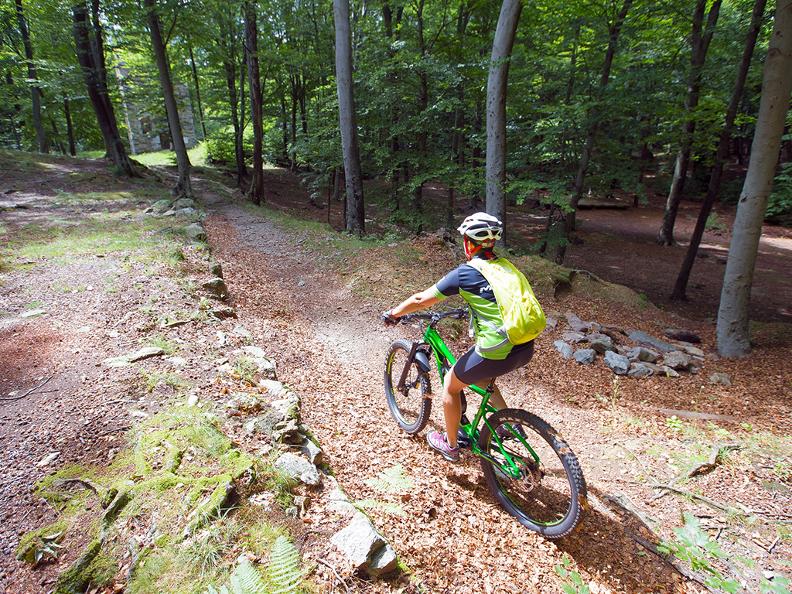 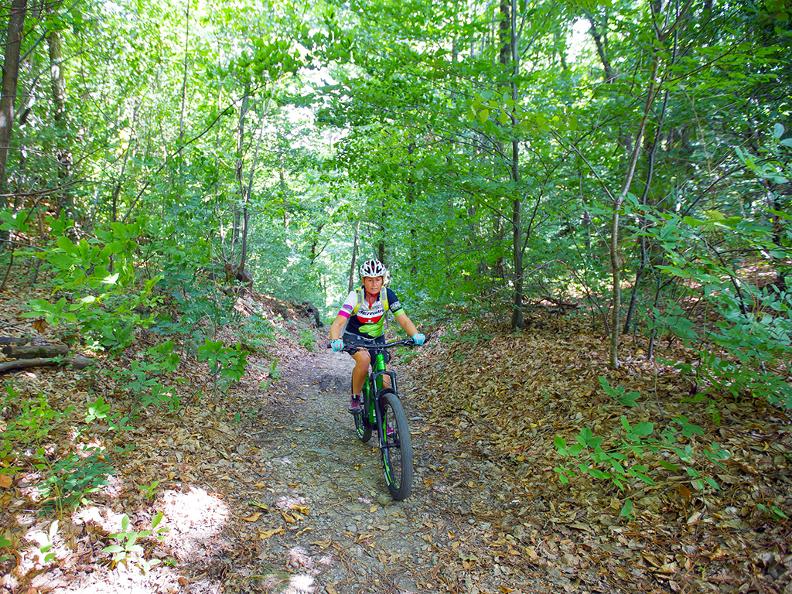 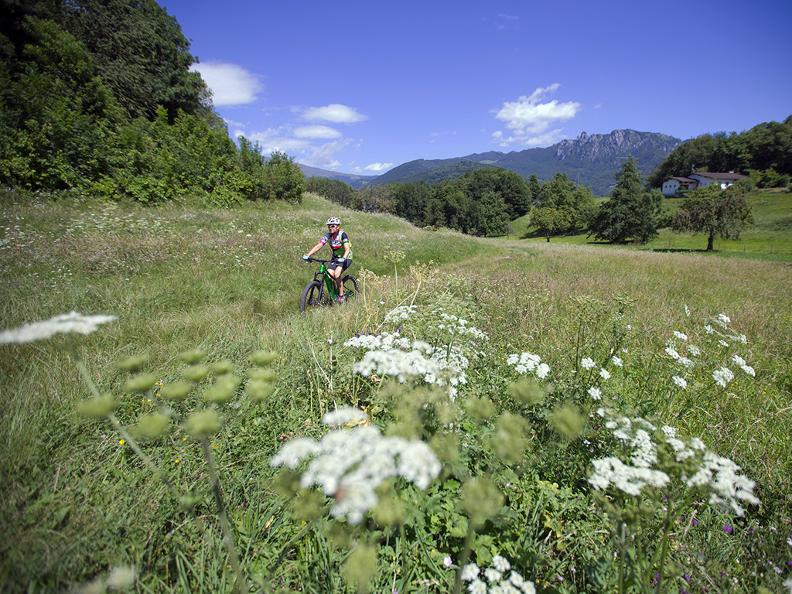 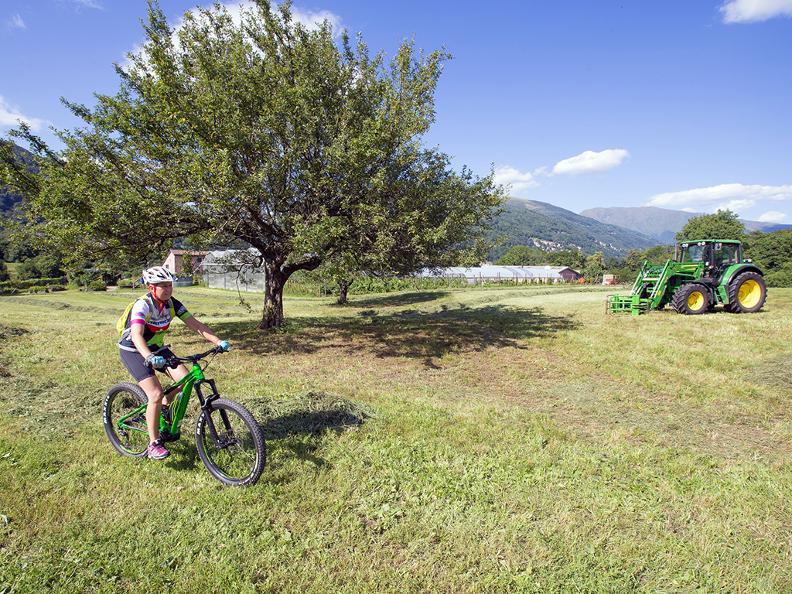 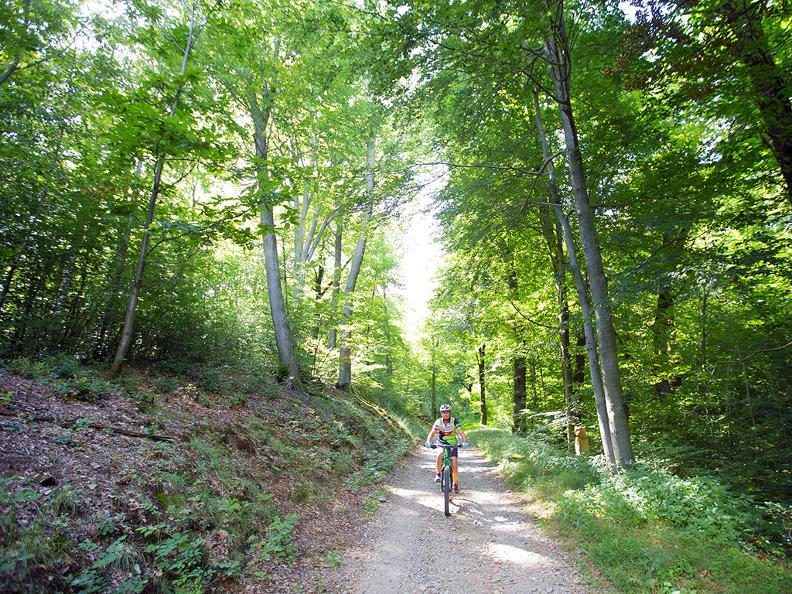 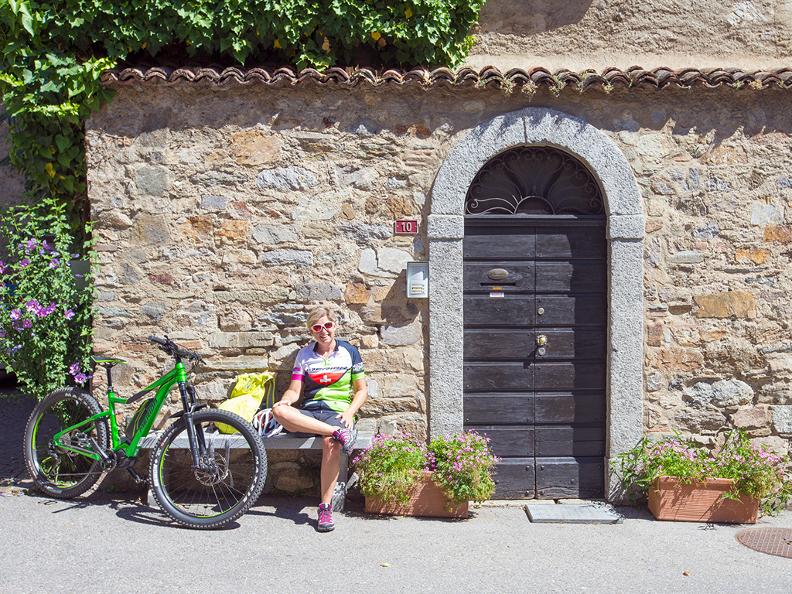 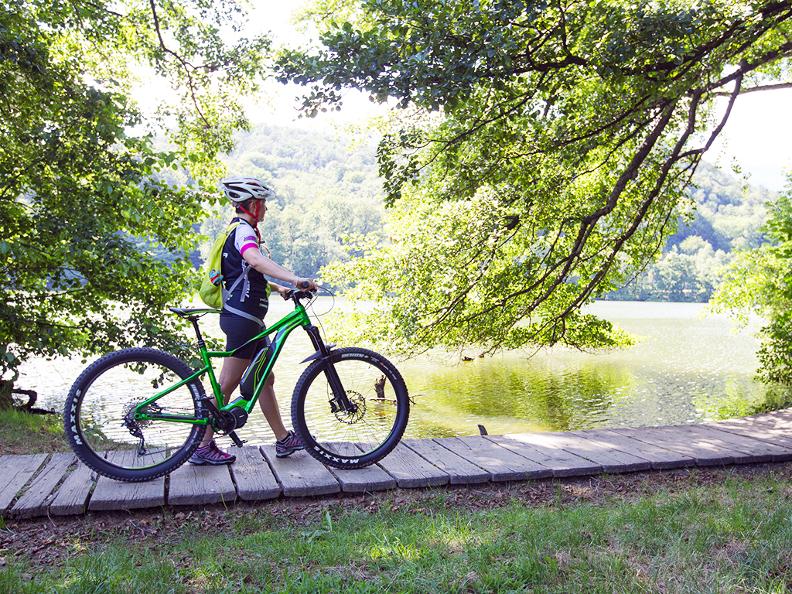 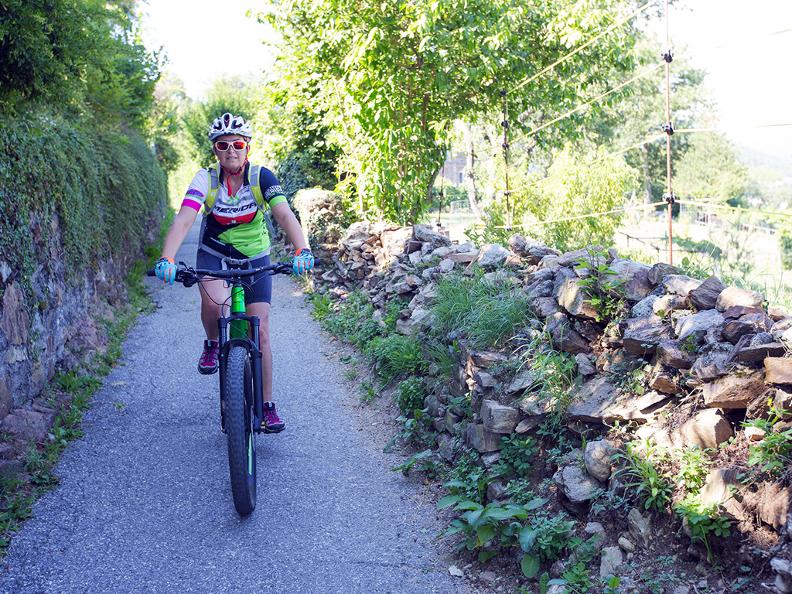 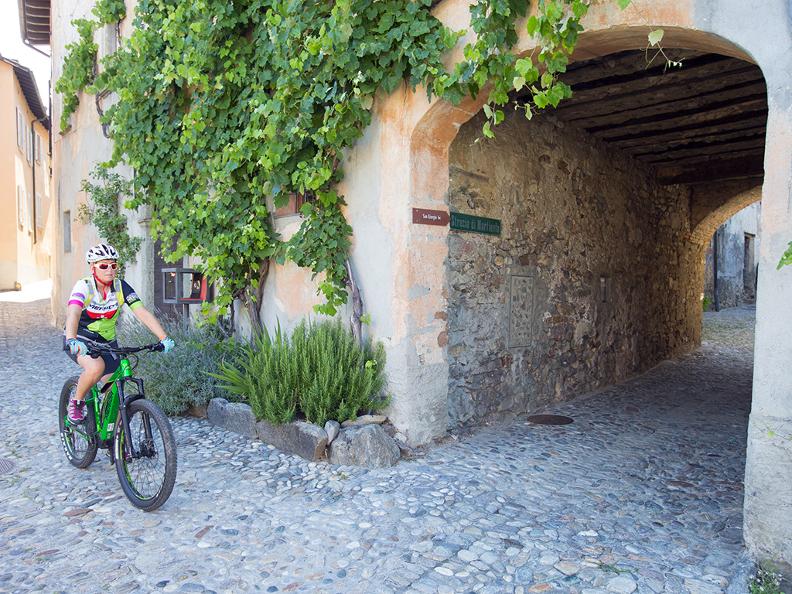 An undemanding excursion and within everyone’s reach. It takes in mainly the woodland of San Clemente and the small lake of Origlio, two much appreciated tourist destinations. It is a naturalistic but at the same time cultural itinerary where you can admire the symbiosis between what nature and man have created.

From Taverne rising toward Capriasca using mostly a road that crosses the outskirts with little traffic and immersed in greenery. At the heart of Ponte Capriasca, a few tens of meters from the mountain bike track, is located the church of Sant'Ambrogio inside of which there is a copy of “The Last Supper”, the famous wall painting by Leonardo da Vinci. A short uphill trail, a stretch of unpaved road crossing fields and you reach Tesserete. In the spring and summer months you can take a break at the fantastic outdoor pool, immersed in the nature of Tesserete where, in addition, you can visit the Church Santo Stefano.

From Tesserete, the main town of Capriasca, you depart for Vaglio, through the woods and passing in front of the farm "Alla Fonte", a place that hosts the "aromatic herb garden".

Between Vaglio and Comano you will follow mainly unpaved roads surrounded by vegetation. In the middle of this route are the Oratory of San Clemente and the Tower of Redde, a restored ancient medieval tower which also includes the traces of remains of the dwellings from the era.

The route crosses the inhabited centre of Comano and then heads toward Origlio. Coming to the protected, charming lake of Origlio, follow the road which surround it. From here you can reach the church of San Giorgio, which stands higher than the town, allowing you to have a pleasant view of the surrounding area. A single trail to Taverne concludes the route.

The route follows mainly streets with little traffic: half of it following unpaved roads and the remaining part on single trails between Origlio and the train station of Taverne.

For mountain biking, follow the logo indicated on the red signposts:
Origlio Bike
no. 357

Before arriving in Comano you can follow the road named Via Crucis which leads to San Bernardo, the first panoramic point toward the east with a view of the famous mountain group called "Denti della Vecchia”.

From the church of San Giorgio it is possible to proceed in the direction of the Oratory of San Zeno via a mostly unpaved road path that passes from the woodland and climbs a height difference of 140 meters which separates Origlio from the second panoramic point of the tour.

In Tesserete there is also the thematic path that is partially travelled along during the bike excursion.