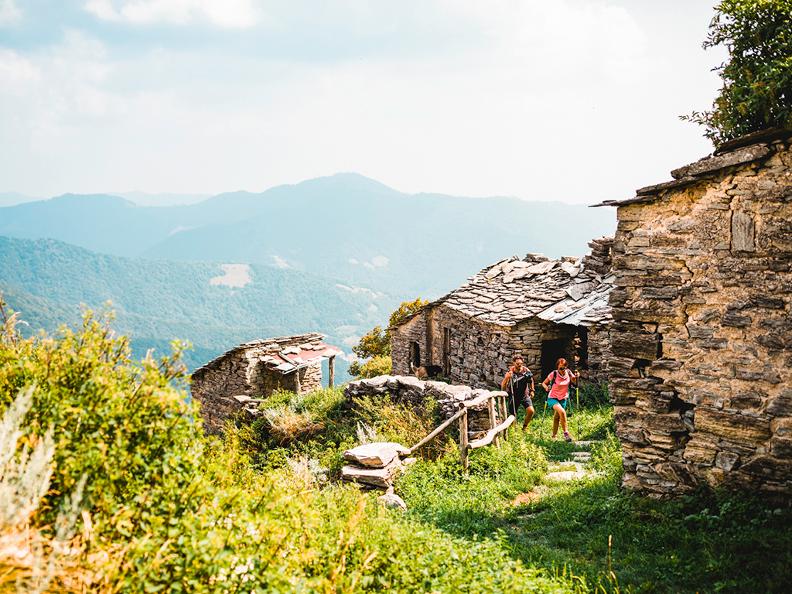 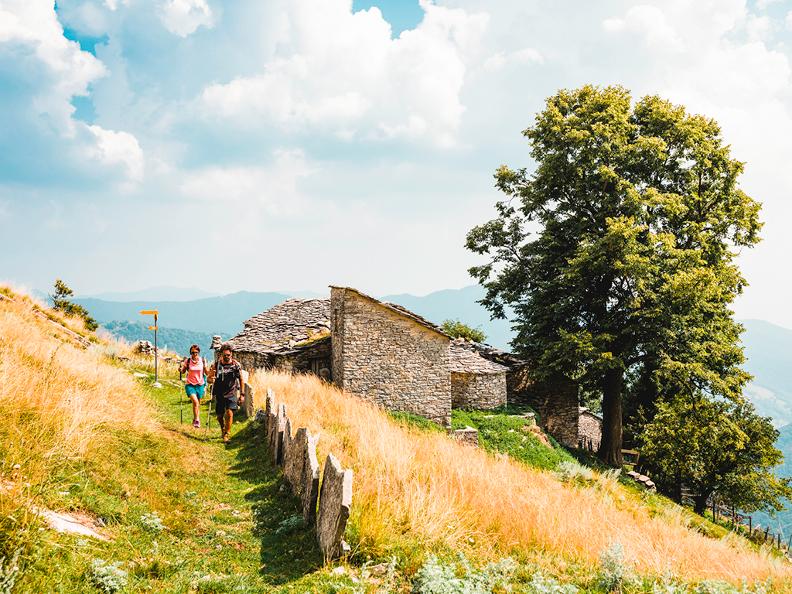 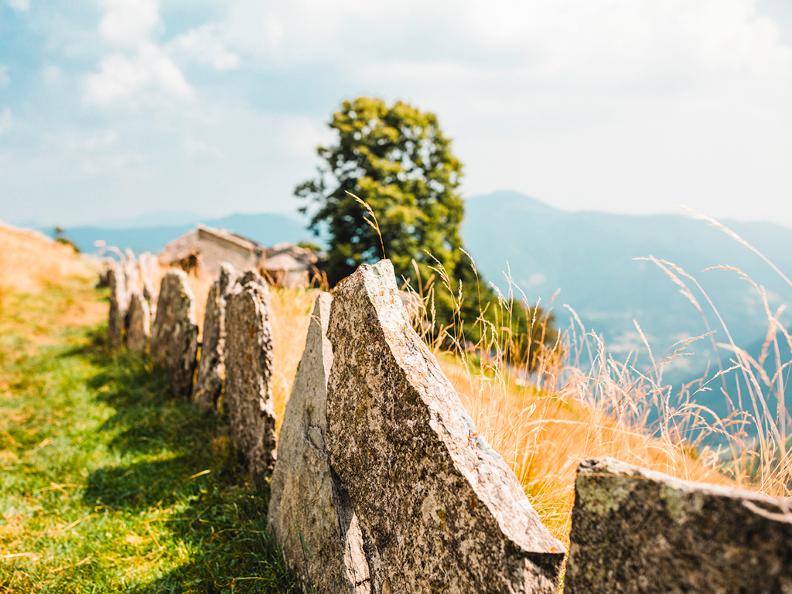 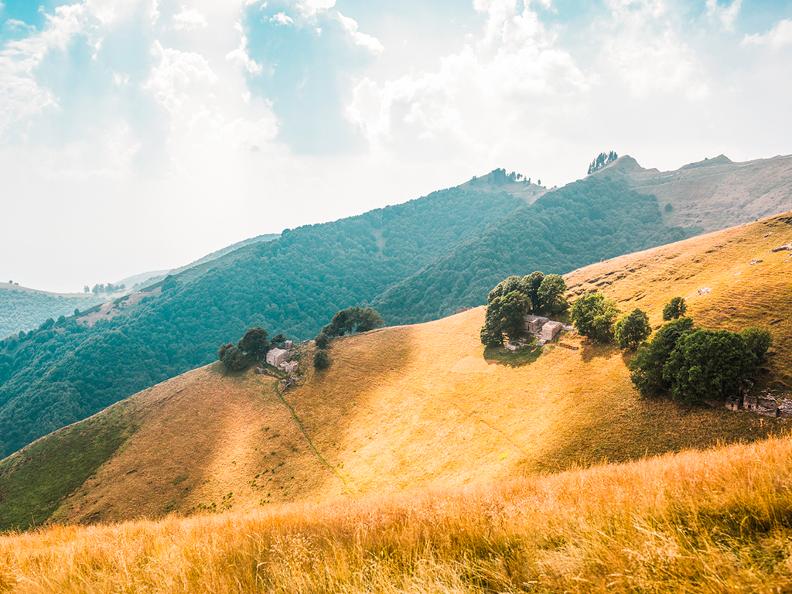 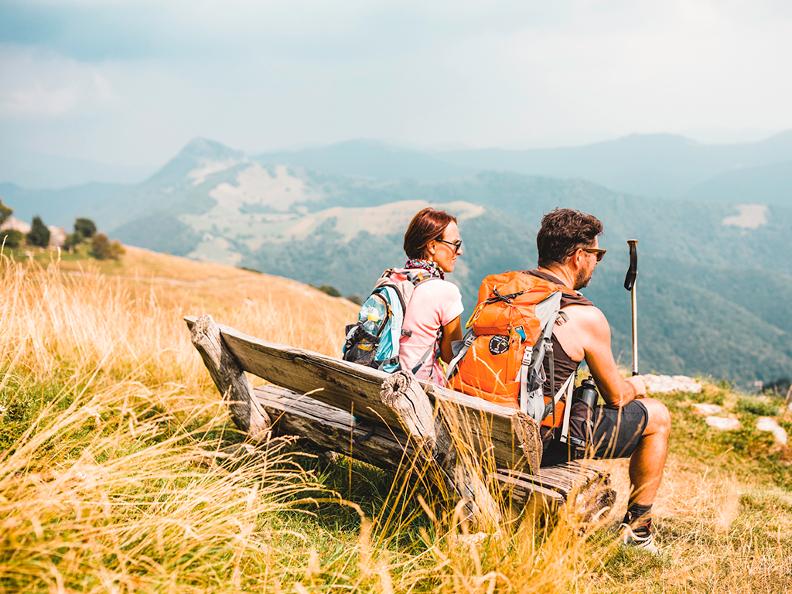 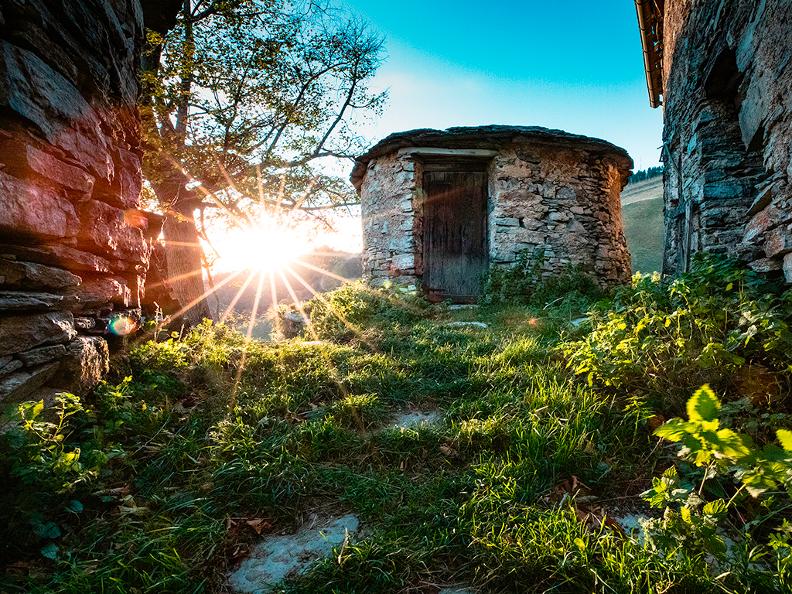 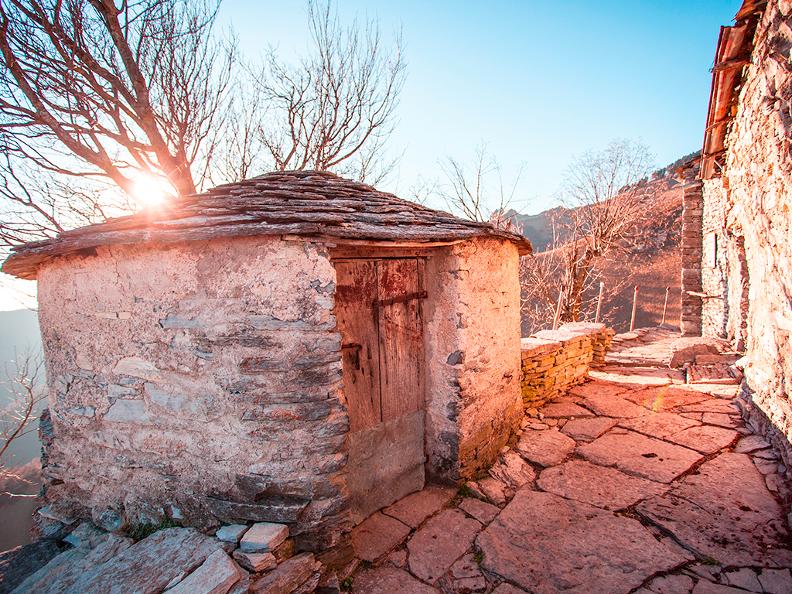 From Capolago the steep walls of Monte Generoso seem to be an insuperable barrier. The most intriguing solution is to take the cogwheel railway to reach the peak in 40 minutes. The 1704m peak offers one of the most impressive panoramas in Switzerland. The view sweeps across towards the Alps and takes in northern Italy, the lakes region and the Alpine chain.

Farmers lived in old “rustici” huts here in summer. A unique feature of Monte Generoso is the presence of nevère, 11 of which can be seen on the circular hike. These are cold storage huts which farmers in Ticino used in earlier times to keep their milk cool for making cheese and butter.
The name comes from the word snow, which was used as a coolant. The typical cylindrical nevère consist of natural stone. Two thirds are buried in the ground. The subterranean part was filled with compressed snow and ice in spring. In summer the milk vats were stored on top. Stairs were provided for access.

From the peak the route of the nevère follows the eastern crest to the settlement called Nadigh (1295m). The path flattens out and runs along a wall of big slabs of limestone placed vertically. It will be easy to make out a circular construction under a tree; this is one of the eleven nevère to be seen on this path.

The nevèra of Génor Caseret was restored by the Ethnographic Museum of the Muggio Valley (MEVM) and is open to visitors. Along the path other nevère can be seen, some of which are in a precarious condition. The second restored nevèra you can enter is in Génor-Tegnoo, which is small but perfect with its cone-shaped roof.

The path climbs gently up to the railway; at the junction you can either climb up to the top or go down to the Bellavista (1200m) in order to catch the cogwheel railway again.