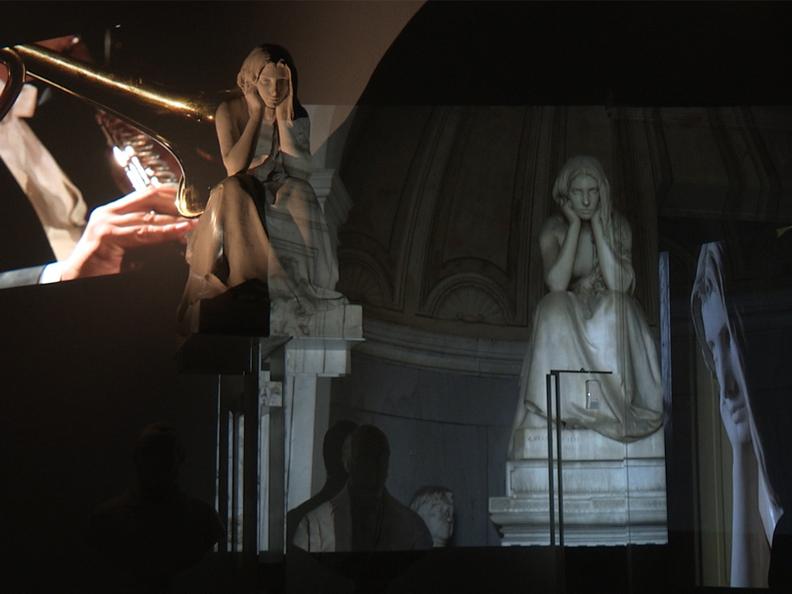 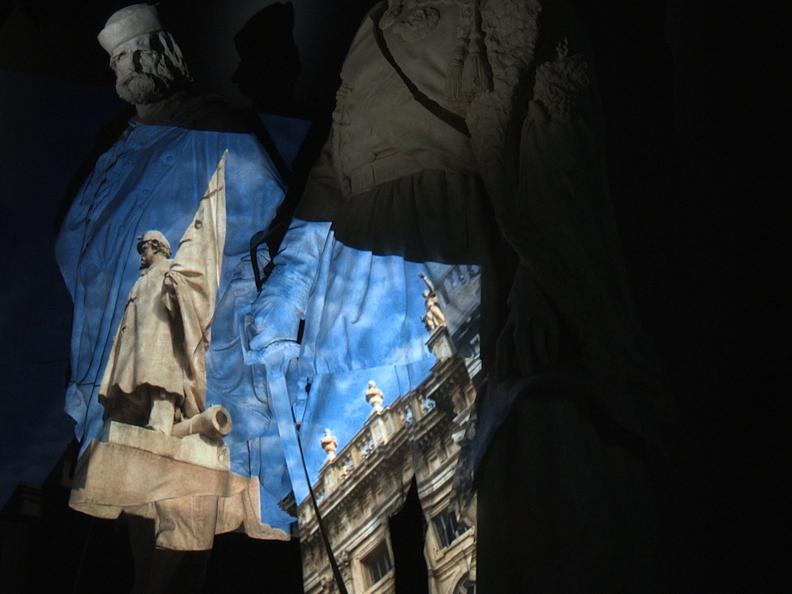 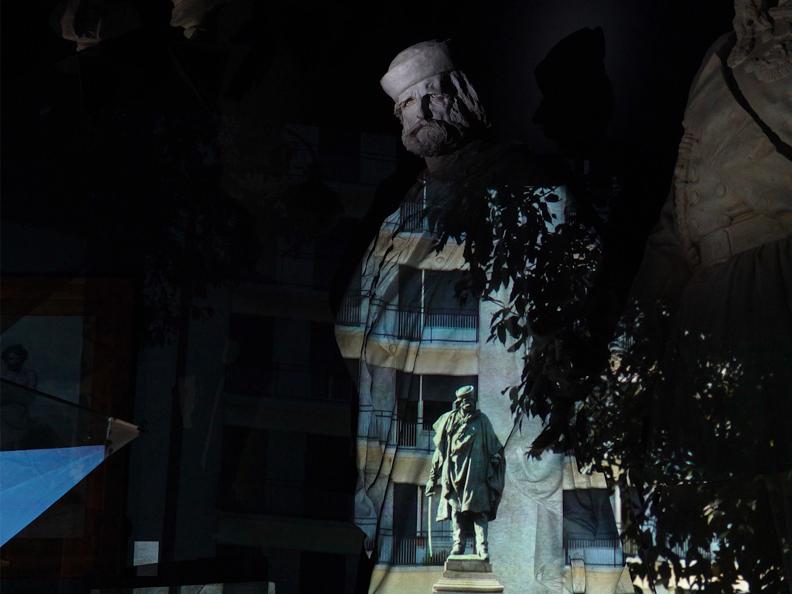 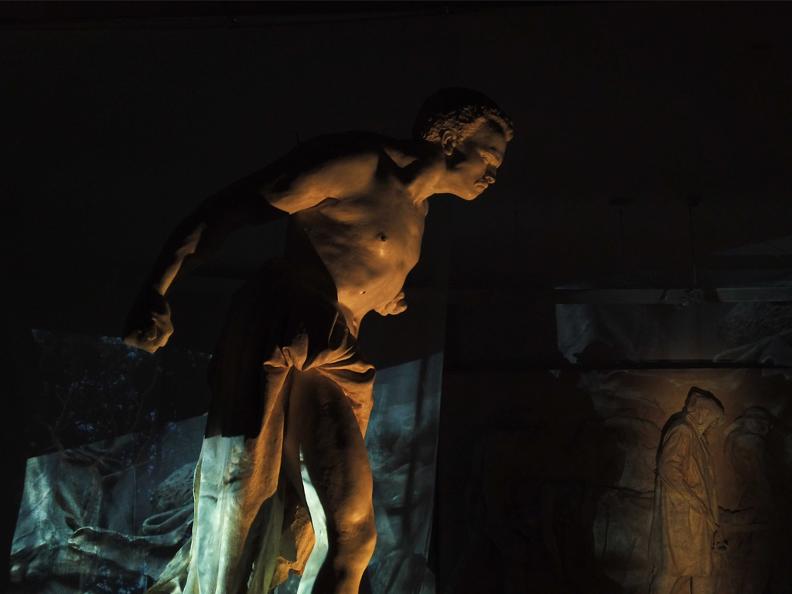 The video installation by the artist Adriano Kestenholz is scheduled to take place at two different times of the day, among the statues in the Vincenzo Vela Museum.

As in a dream, plaster models of Vincenzo Vela's best-known works are mirrored in their respective marble and bronze counterparts in various locations in Italy, France and Switzerland. All this is accompanied by the notes of Andreas Pflüger, in an original composition inspired by seven themes from Vela's work, which won an award at the 8th Parma International Music Film Festival for the structure of the composition, the performance and the construction of the relationship between music and images.

After being presented at various festivals and at RSI, the film Vincenzo Vela. Il sogno della materia by director Adriano Kestenholz finally lands in the place from which it was born: the Museum itself.

From 13 June to 12 September 2021, it will be shown in some of the Museum's rooms at two times of the day: 15 minutes, on a loop, from 11 a.m. to noon and from 4 p.m. to 5 p.m.. The video installation invites a continuous comparison between the models and the works by Vela, who lives of light and shadow, of proximity and distance, in the dreamlike atmosphere of Andreas Pflüger's soundtrack.

Adriano Kestenholz's installation is an integral part of a broader and more articulated transmedia project, promoted on the occasion of the bicentenary of Vincenzo Vela's birth, which also includes a musical documentary of the same title and a series of seven music clips that can be viewed on the Play RSI website and, for visitors to the Museum, also from mobile phones via a series of QR codes on the walls.