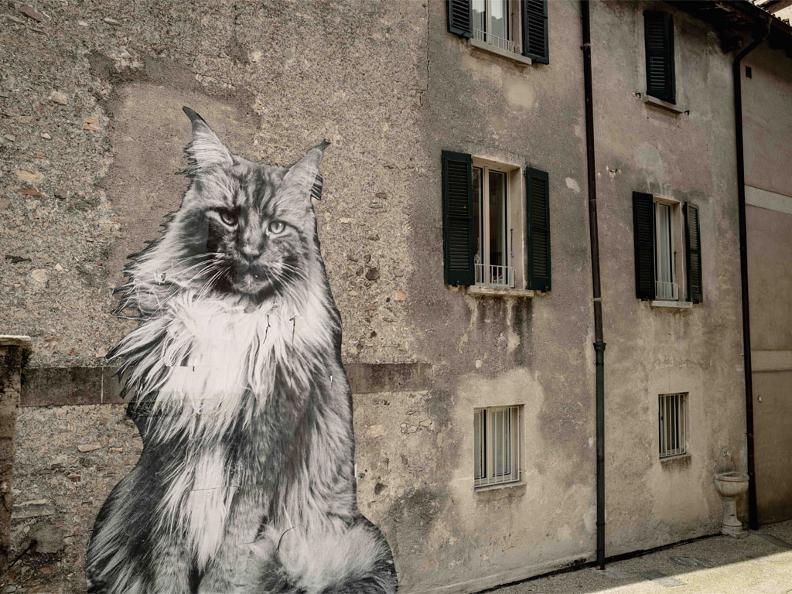 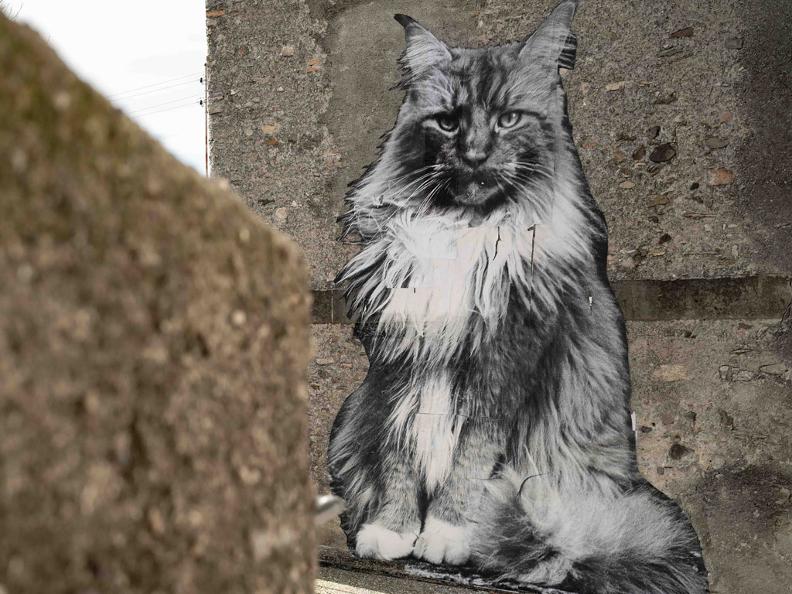 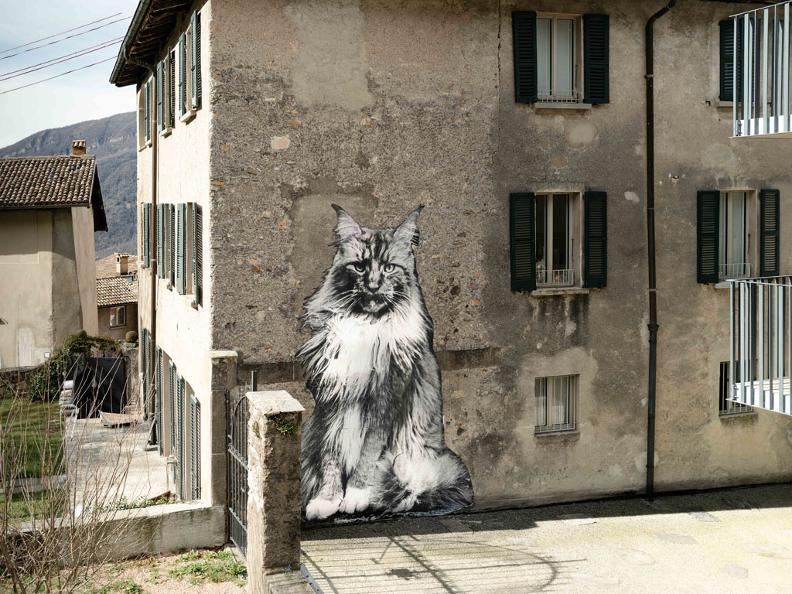 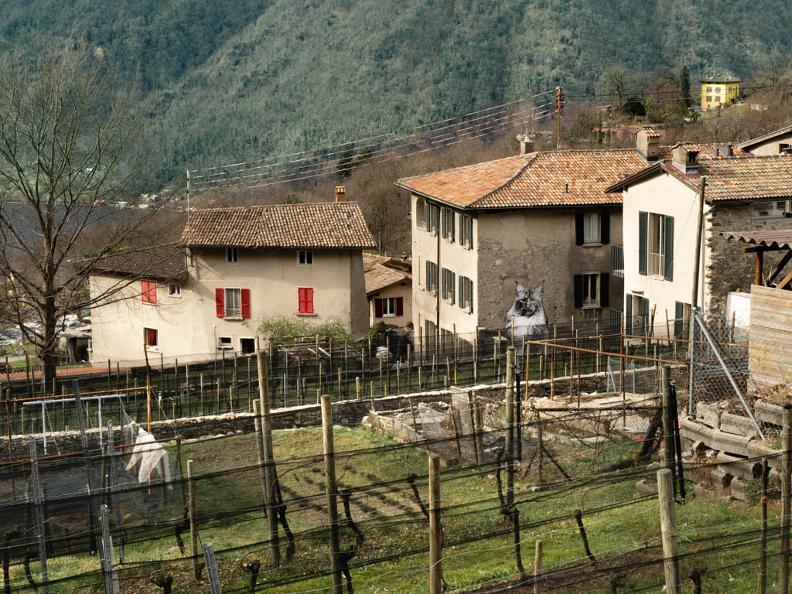 The Cats of Rovio

CasaGalleria MonteGeneroso promotes the artistic project of visual artist Yuri Catania for the community of Ticino and, in particular, for the municipality of Rovio where the gallery is located and where the artist has his atelier. It is an exhibition composed of 60 installations developed in gigantographs of various sizes.

The various stations/installations of gigantographs are made on poster paper and are posted inside the historical centre of Rovio, with the aim of creating a cultural phenomenon useful for attracting art tourism involving young people and families from all over Ticino and beyond, in a visual journey that takes the form of a large open-air exhibition where the protagonist is Rovio with its inhabitants and its historical architecture.

Even in the neighbouring municipalities of Melano, Arogno and Maroggia, which have joined the project, walls will be donated to make installations recalling the Rovio event. The protagonists of the portraits are the cats of Rovio with reference to the felines but also to the Roviensi known as cats. In particular, the author is interested in portraying the elderly, those who represent and characterise our territory because they constitute its memory and history.

Yuri Catania, visual artist, Italian-Swiss, specialised in fashion and street photography. He has been working for over 15 years in the fashion industry as an art director, photographer and director for magazines and international brands, creating productions all over the world. He lives in Rovio and is strongly in love with this country and its territory. He loves to create highly creative projects that express a dreamlike world made of realism and contemporaneity. His art lies between the currents of post Pop Art and the more recent Street Art. His main medium is photography.