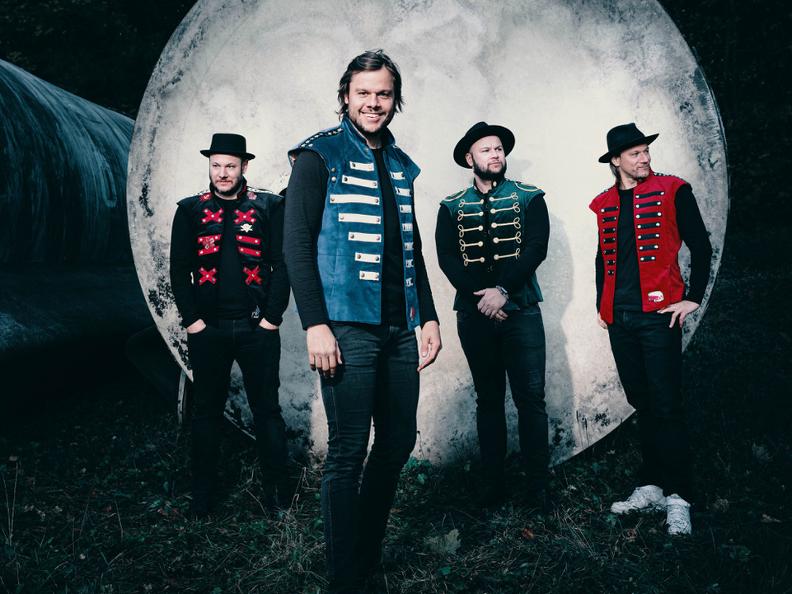 Open Air Spartyto 30th edition with 77 BOMBAY STREET and SINPLUS For the Open Air, scheduled for the next 27th and 28th August in Biasca, Spartyto presents the Lineup for two evenings dedicated to CH bands. 77 BOMBAY STREET and SINPLUS are well known bands at European level and after the forced break, they resume their International Tour starting from the stage of Biasca. 77 Bombay Street have released the 2021 preview of the single "Karaoke Girl", in anticipation of the imminent release of the new album "START OVER". The four brothers from Graubünden, but grew up musically in Australia have to their credit numerous hits such as Up in the Sky, I Love Lady Gaga, Seven Mountains, Oko Town and many others contained in the four albums to their credit, including the new release. SINPLUS, from the undisputed successes of Unbreakable, Tieniti Forte and You and I (gold records in Switzerland), have just returned from their recent experience in California, where they savoured the essence of West Coast rock and Nashville music with producer J.T. Daly, in search of the band's new sound. In 2020 they released the single "Escape", anticipating their latest work in 2021, "Break the rules", a new album and an immediate success that they presented on the European tour that has just started, which will also touch the Spartyto Open Air. They will be joined on stage by Make Plain (Folk Rock), Joe Dallas & The Monks (Funky), and The Midnigt Lovers (Rockabilly). The 30th edition will be Covid Free in compliance with Canton regulations, so the Spartyto area will be an Open Air venue. The layout of the central square, in addition to the large covered stage, includes a lounge area, two Drink-Times and a Food area.

Tickets can be purchased from www.biglietteria.ch . Advance sale on Friday for Fr. 15.-, while for Saturday Fr 30.- (box office Fr 35.). PASS for the two days Fr. 38 (box office 40).
Due to Covid's restriction on the number of people in the Piazza Centrale, advance purchase through the presale is recommended. Info on www.spartyto.ch

Saturday 28th
During the day (piazzetta Patriziato) there will be entertainment for young people, Cantonese regulations permitting, with various activities in collaboration with ADGABBES, Ass. genitori Scuole Elementari, Gioventù & Sport, Ludoteca la Trottola etc.
In collaboration with Motoautoclub Biasca, the annual motorinata will also be held, which brings together many enthusiasts in Ticino.