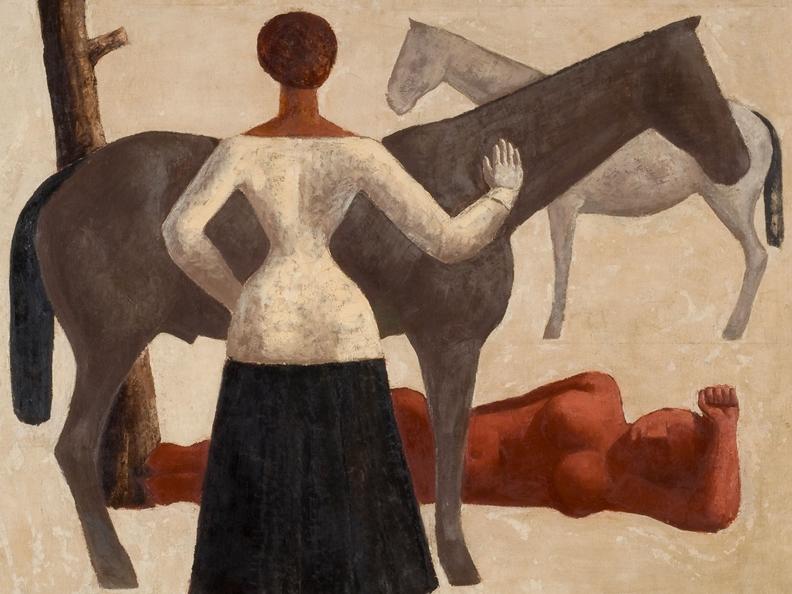 Thanks to a partnership with the Fondazione Musei Civici di Venezia, the MASI presents in the exhibition venue of Palazzo Reali masterpieces of Italian art from the interwar period by some of the most important artists of the time: Carlo Carrà, Massimo Campigli, Giacomo Manzù, Ottone Rosai, Scipione and Mario Sironi.

Originally from important historic collections of Italian art and now on long-term deposit at Ca’ Pesaro in Venice, the works share the succinctness and formal simplicity that characterized painting not only in Italy, but in the whole of Europe during the decades 1920–1950.

The exception is the painting practice of Scipione, whose bright colours and daring perspectives foreshadowed the art of the second half of the 20th century. His works are juxtaposed with a group of paintings, sculptures and works on paper by Giacomo Manzù, who is one of the greatest exponents of 20th-century figurative sculpture.