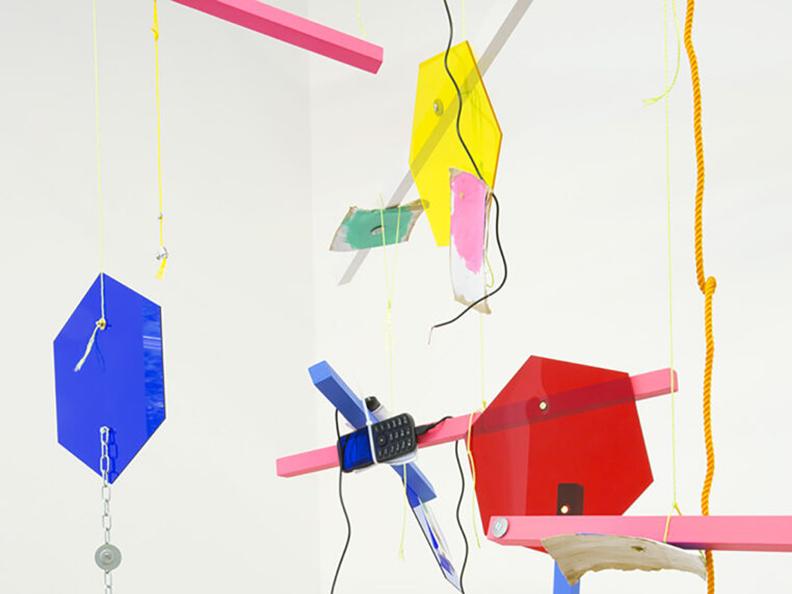 Chaosmos consists of three site-specific interventions in the spaces of the Museo d'arte Mendrisio: a piece of furniture in the large hall on the first floor(Spider Bee) and some interventions also on the walls(Dangling painting relifs), a screening of the two arches towards the first corridor(Out) and an installation in the first hall(Riverrun).

In addition, a number of works (including a series of collages) will also be presented to trace the most recent phases of his production, as well as a biographical section.

Cascio is an artist from Ticino whose research generally starts from a careful analysis of sources from the past in order to develop modernist projects deeply connected to the concept of metamorphosis and conversion. His installations, with an architectural matrix, operate as a mental journey that, following the logic of unpredictability, cultivate utopian ideals.

The main feature of his works is the meticulousness of the project, the methodical attention to materials, the geometric rigour that recalls both the constructivist and supremacist avant-garde movements of the early 20th century and the Bauhaus school and radical architecture.