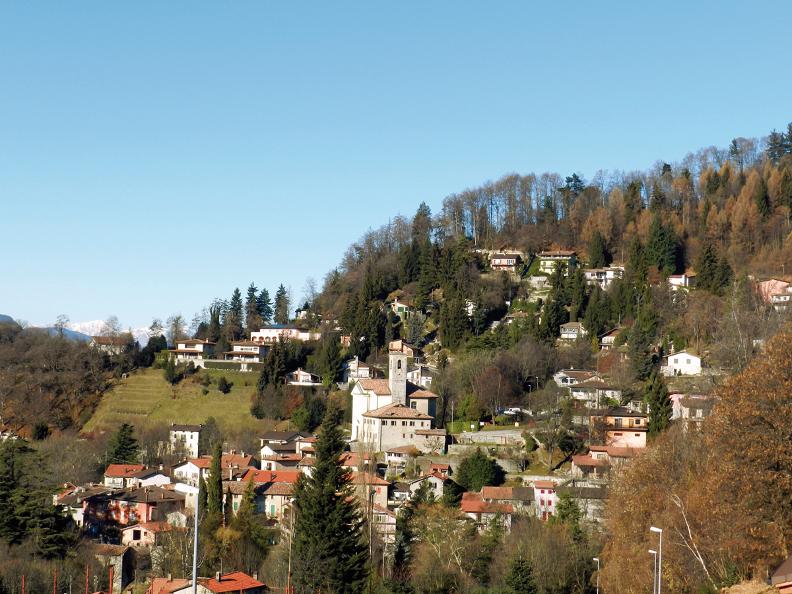 The village, situated on a hill 704 m up the slopes of Mount Bisbino, has been inhabited since the Bronze Age as can be seen from some of the archaeological finds. In medieval times, Sagno and Morbio Superiore formed a sub-parish annexed to the parish church of Balerna, from which they separated in the 17th century, later becoming an independent parish in 1802.

The Church of St Michael the Archangel, a sub-parish between 1633 and 1675, has been traced back to 1330 but its origins are almost certainly from the late Romanesque period. It was then refurbished in the neoclassical style by Simone Cantoni between 1789 and 1799. In more recent times, the village witnessed the bloody “Bisbino incident” of 1843, when Mount Bisbino was the scene of a shoot-out between Liberals and Conservatives. Three wooden crosses have been erected outside the village, to mark the event. During the last century, the mountain’s proximity to the border made it a popular contraband route, with the “rice paths” being used by smugglers during World War II.

Sagno was also the birthplace of characters such as the Abbot Antonio Fontana (1784-1865), whose extensive library can be found in the rectory alongside the church, the painter Erennio Spinelli (1846-1931) and Anselmo Mombelli, known as “ul Mumbelùn”, an optician, traveller and multitalented inventor whose creations included the “Lunioscope” and the “Giant Rainbow”. Sagno was also the native village of the Chiesa family whose members included artists and writers such as the painter Pietro Chiesa (1876-1959) and his wife Germaine Petitpierre (1860-1963), who produced the famous carpets of Sagno, and Pietro’s better-known brother Francesco. The great-grandson of the famous painter Giovan Battista Bagutti and nationally-acclaimed poet Francesco Chiesa (1871-1973) penned works such as “Calliope” (1907), “Racconti puerili” (1921), “Tempo di marzo” (1925) and “Lettere iperboliche”. During his long career as a writer and a champion of cultural and political issues, the man known as “Il vate di Sagno” obtained a number of prestigious awards including the Schiller Prize (1928), the Mondadori Novel Prize (1928) and an award for poetry from L’Accademia d’Italia (1940).

From 1912, his work in the political arena led him to the position of President of the Cantonal Commission for Historic Monuments, and of the Commission for Natural and Artistic Heritage (from 1917).