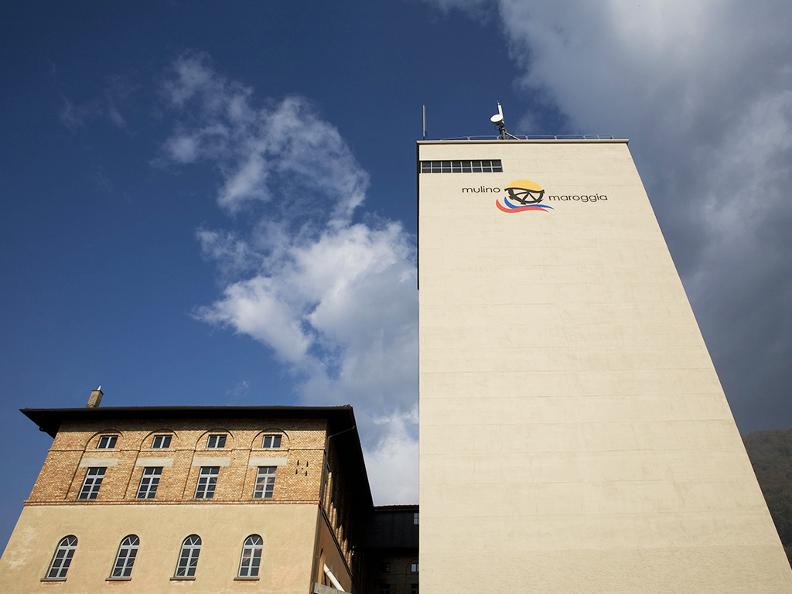 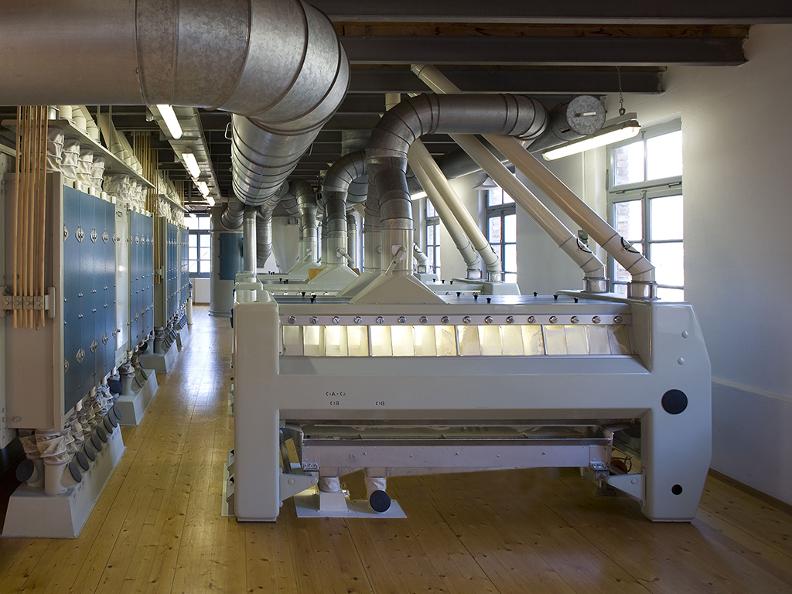 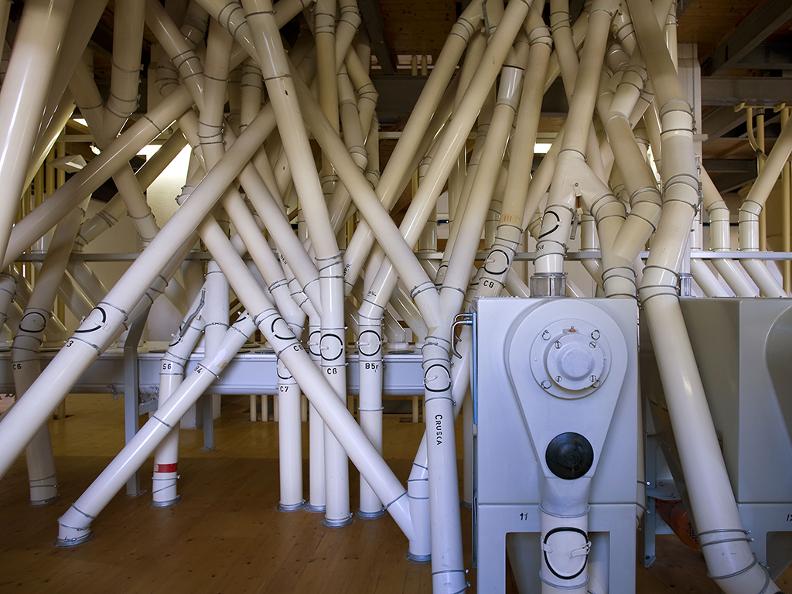 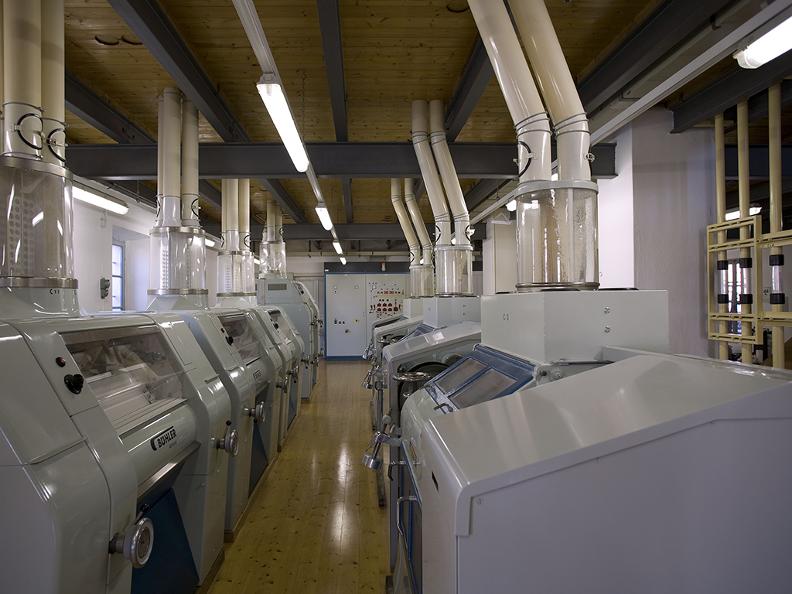 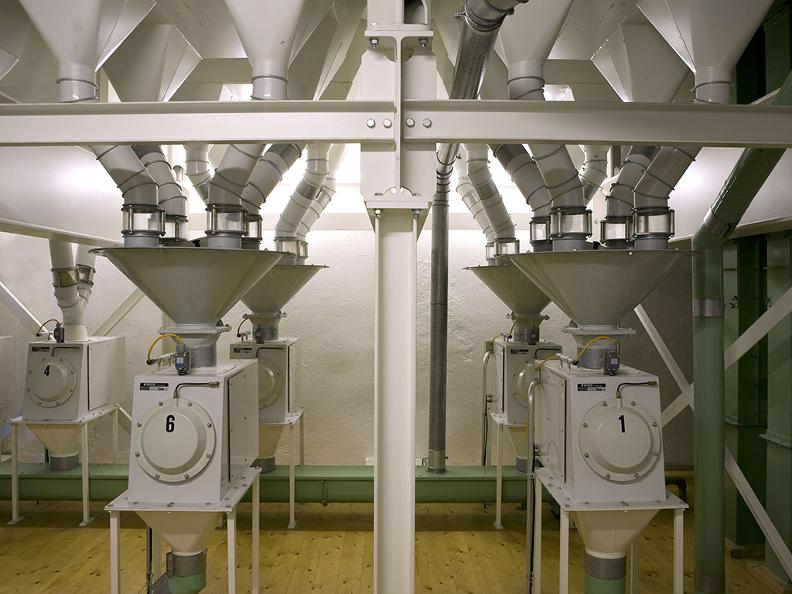 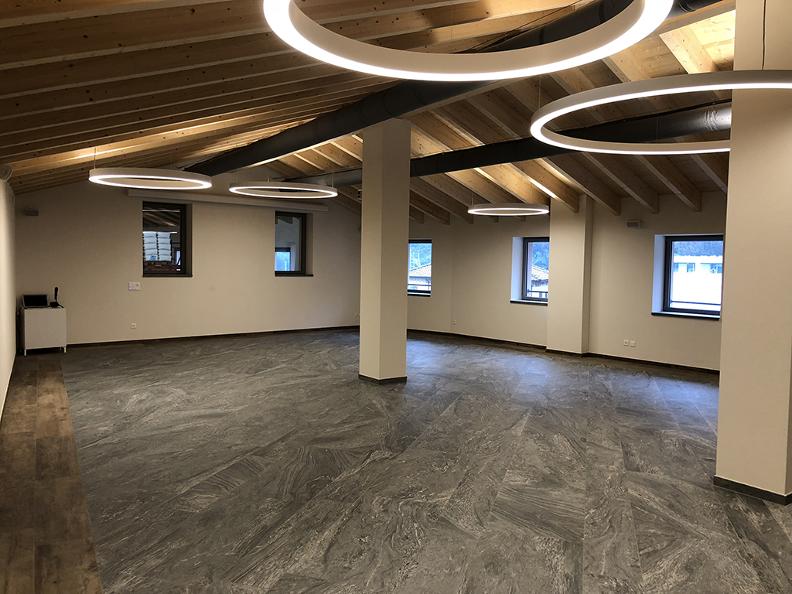 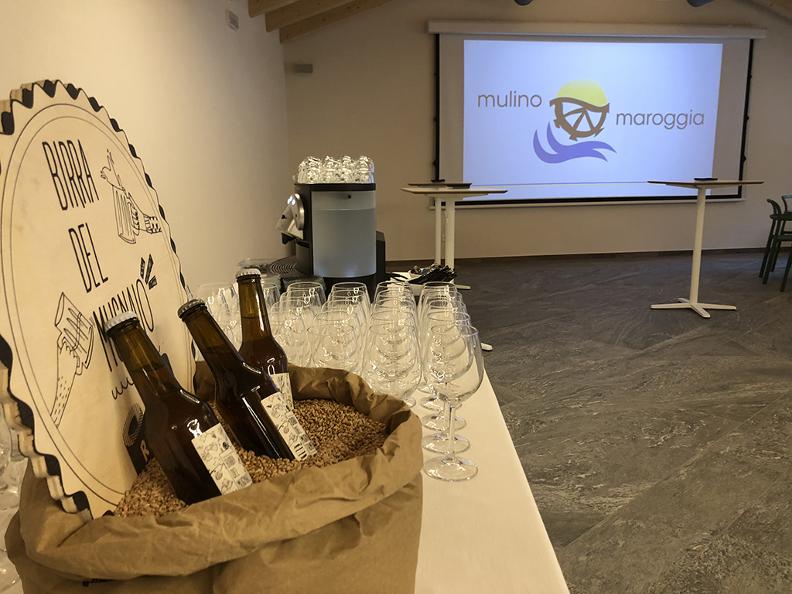 The Maroggia Mill was founded in the late 1800s by wish of Michael Stadlin, a descendent of an ancient family of millers working in central Switzerland. The production of the new mill began in 1924 and in the years between 1940 and 1950 the structure was enlarged. Since then, the production department has been constantly renewed and new silos for the storage of finished products have been laid and the fully automated filling department has been rebuilt. In 2017 the oldest part of the factory was renovated and an area of approximately 170 square metres dedicated to visitors and events was created, as well as an experimental bakery.