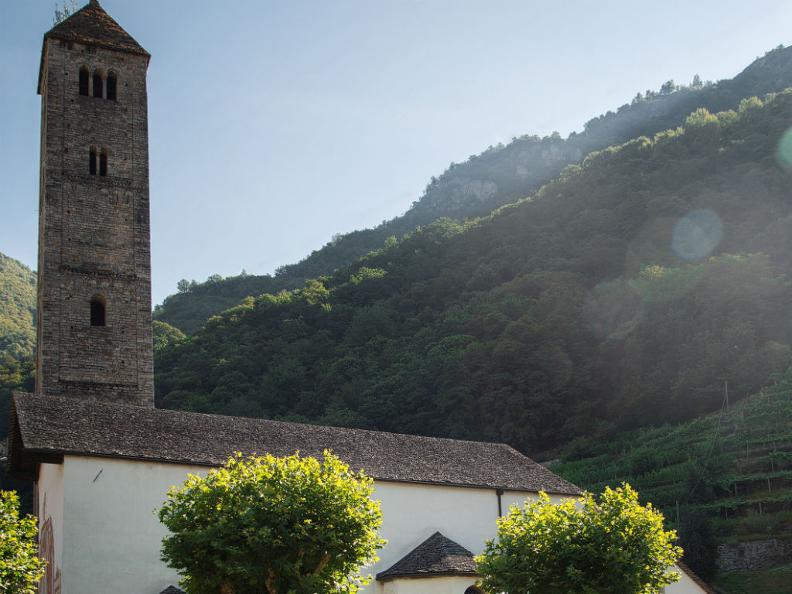 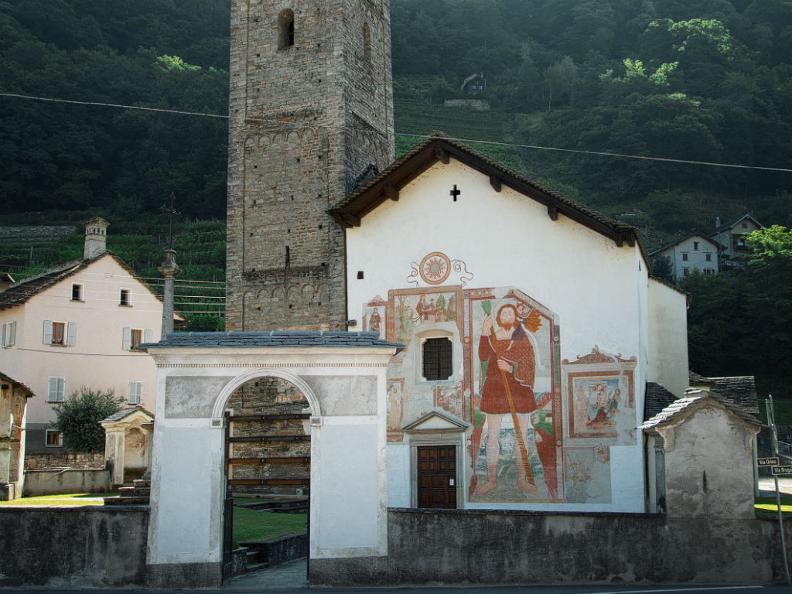 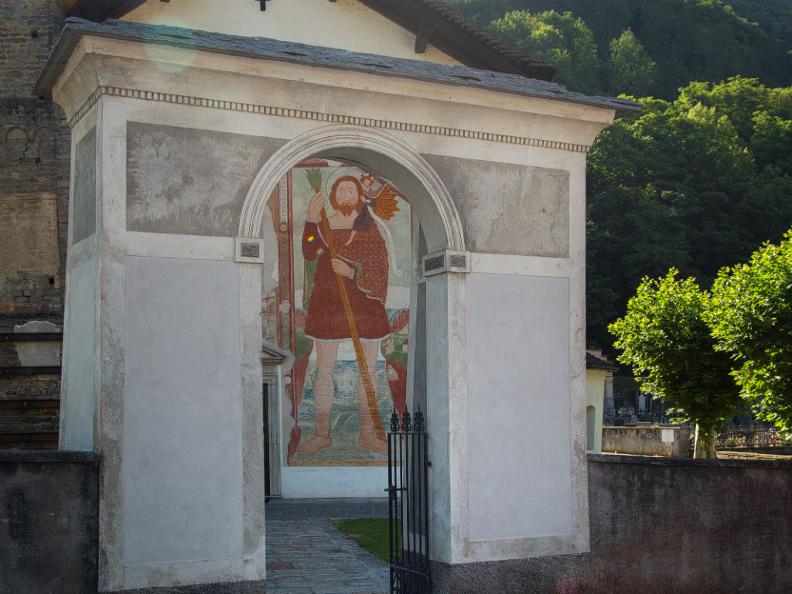 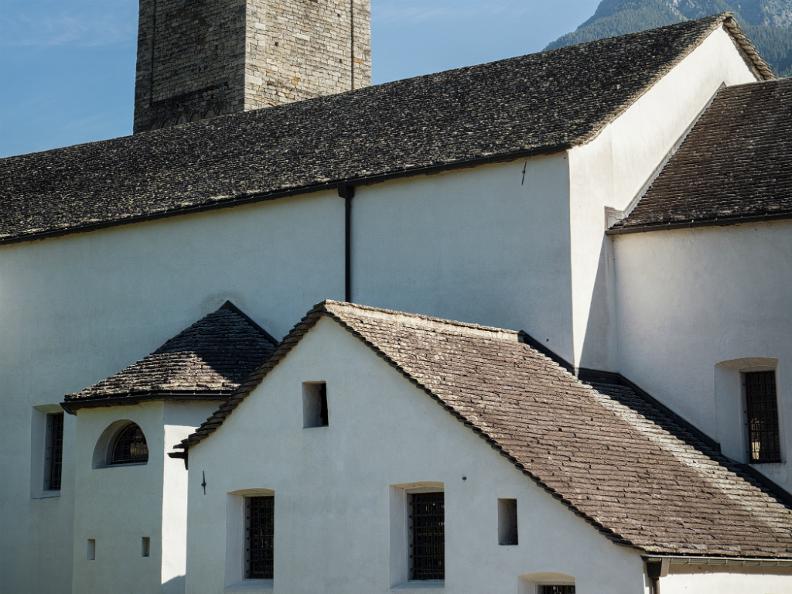 Only fragments of the side walls of the ancient 13th century church, dedicated to St. Martin, remain, incorporated into the current construction following enlargements carried out in the 16th and 17th centuries. In the churchyard, in the north-east corner, there is the chapel of S. Apollinare with frescoes of a popular character in which, next to the two figures of bishops, the "buzza" of Biasca is named "exitus laci majoris".
On the gabled facade are distributed several frescoes of the sixteenth century on which dominates the gigantic figure of St. Christopher. Leaning on the facade and the Romanesque bell tower (1207)remained intact which reveals, on the western base, traces of another figure of St. Christopher of the Romanesque period. During the archaeological excavations carried out between 1912 and 1913, conducted by E. Berta, the foundations of a church with two unequal apses were brought to light, whose side walls coincide with those of the current construction. Inside the church there is only one nave with a bell tower, two chapels, a polygonal presbytery and a baptistery with a wooden choir painted with floral designs. The frescoes inside, on the left wall, which present six scenes from the life of Christ, are attributed to Antonio da Tradate, very active in Val Blenio in 1510. On the right wall of the nave Last Supper and fragments of 16th and 17th century frescoes, probably from the Seregnese school. Many gilded stuccoes and frescoes in bright and iridescent colours decorate the choir both on the arches and in the sails. A book from the parish archives shows works by Bernardino Serodine of Ascona (1650). The two chapels of the Passion on the left and of the Madonna on the right are decorated with stuccoes and are closed by wrought iron gates of local craftsmanship (17th century).