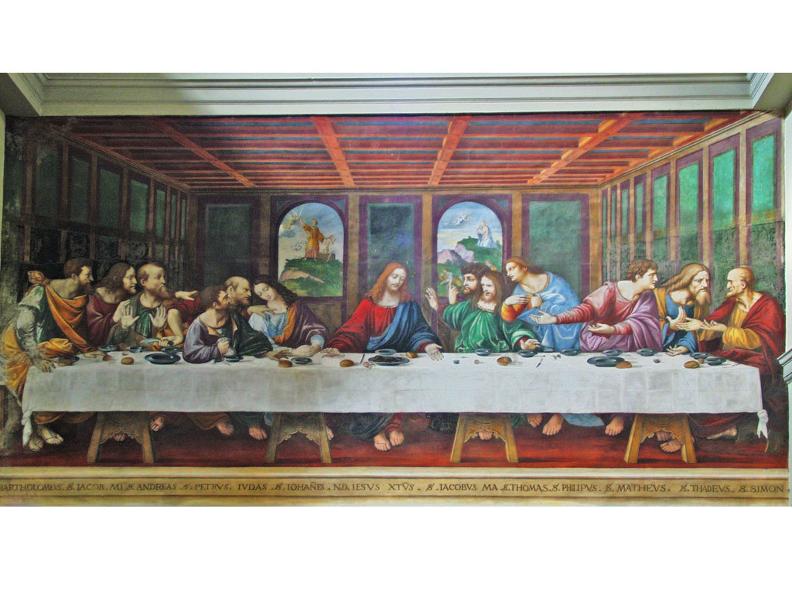 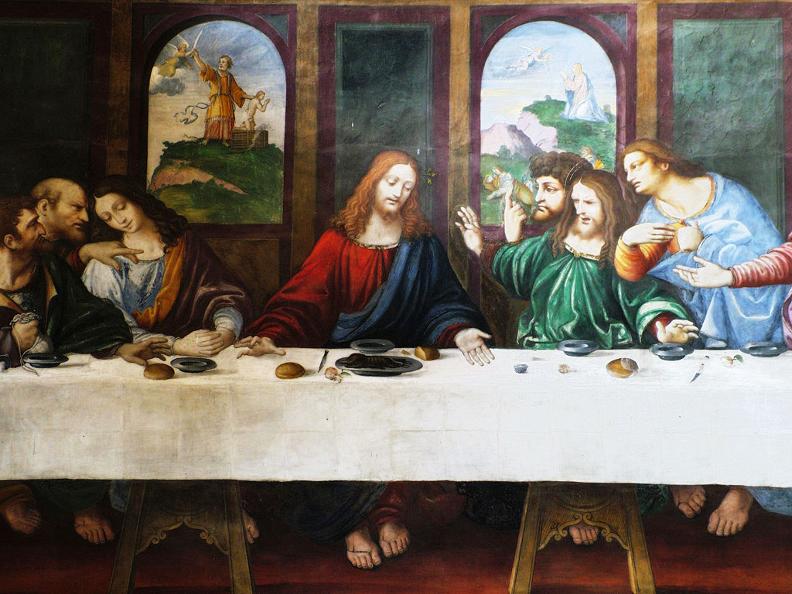 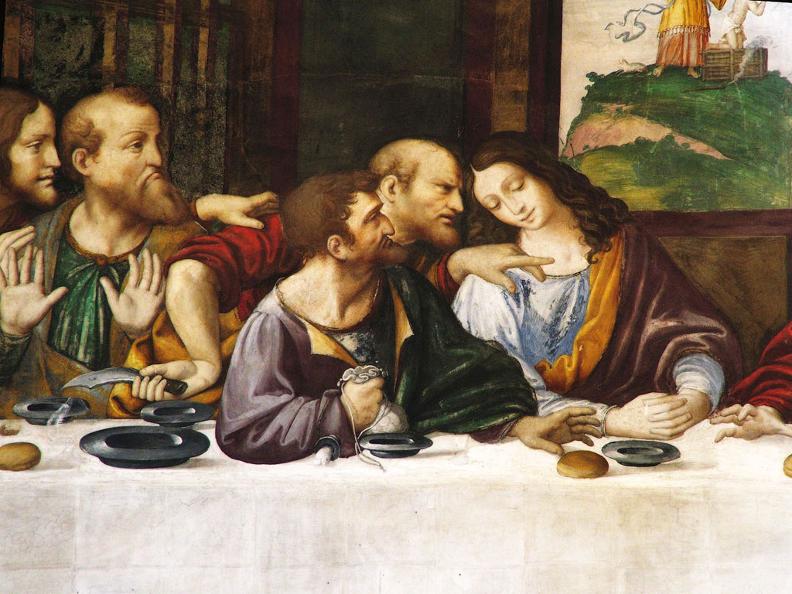 Depictions of the last supper are widespread in churches of the Italian-speaking part of Switzerland. Throughout the territory there are around one hundred of them. The most famous one can be found in Ponte Capriasca (Sant’Ambrogio); it is a copy of Leonardo da Vinci’s Last Supper in Santa Maria delle Grazie in Milan, realized by his pupil, Cesare da Sesto.

Another important drawing of the Last Supper, perhaps the best in Ticino, is the one painted by Bernardino Luini in Lugano’s church Santa Maria degli Angeli, which has also been inspired by Leonardo’s masterpiece.

Other interesting depictions of the Last Supper are the one in the Oratorio dell’Annunciata in Novazzano (accredited to G. B. Tarilli) and the naïve painting by Antonio da Tradate in Arosio.

In Bellinzona’s Collegiata there is a drawing by C. Procaccini (1551-1629). This vivid painting is so realistic that it even shows a hole in the tablecloth. Accredited to the Seregnesi, it shows Judas eating a chunk of bread, handed over to him by Jesus. Also the Seregnesi’s work is the depiction of the Last Supper in the church San Bernardo above Monte Carasso.

The refreshing paintings of the Last Supper in Ditto and Curogna above Cugnasco are also from the 15th century. In this depiction, not only the traditional lamb can be found on the table, but also lobsters and cherries, meanwhile Judas turns his back on the rest of the company. One of the oldest drawings of the Last Supper can be found in Brione Verzasca, realized by a painter of the 14th century who was close to Giotto’s school.

The Last Supper in Orselinas’s pilgrimage church Madonna del Sasso, a 17th century work, is formed by Terracotta statues by Francesco Silva from Morbio Inferiore. In the Onsernone valley, in Loco, there is an impressive depiction of the Last Supper by Goetfried Maes, realized in 1683.

The one drawing of the Last Supper which for its elegance and grace is considered to be the most remarkable in the Leventina valley is that which, among other precious frescos, has been discovered in Rossura in 1964.