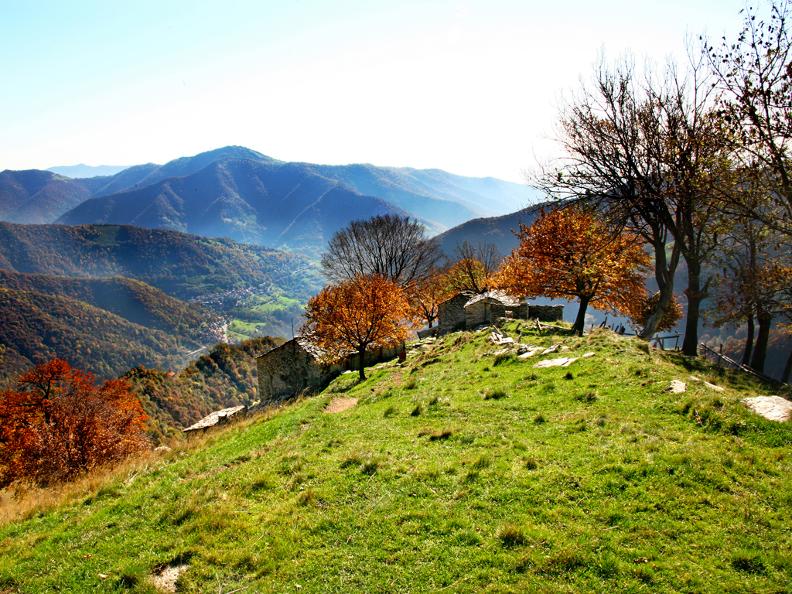 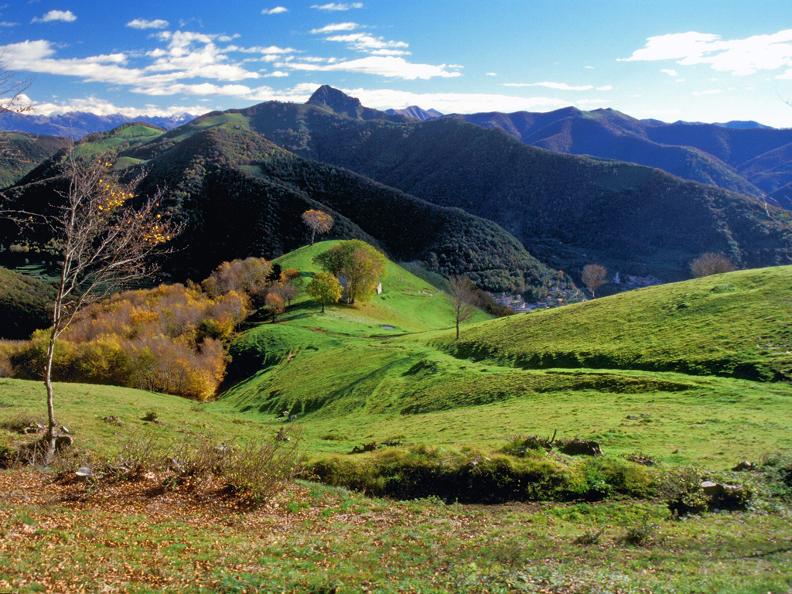 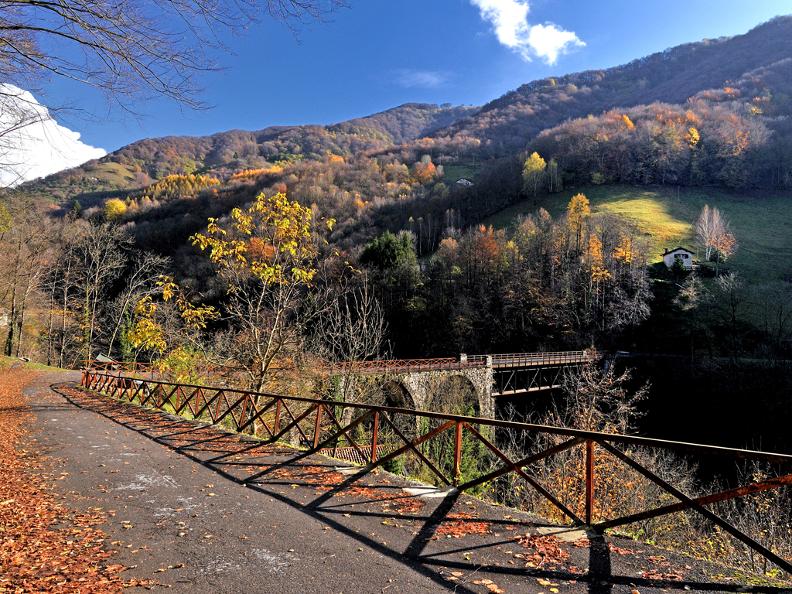 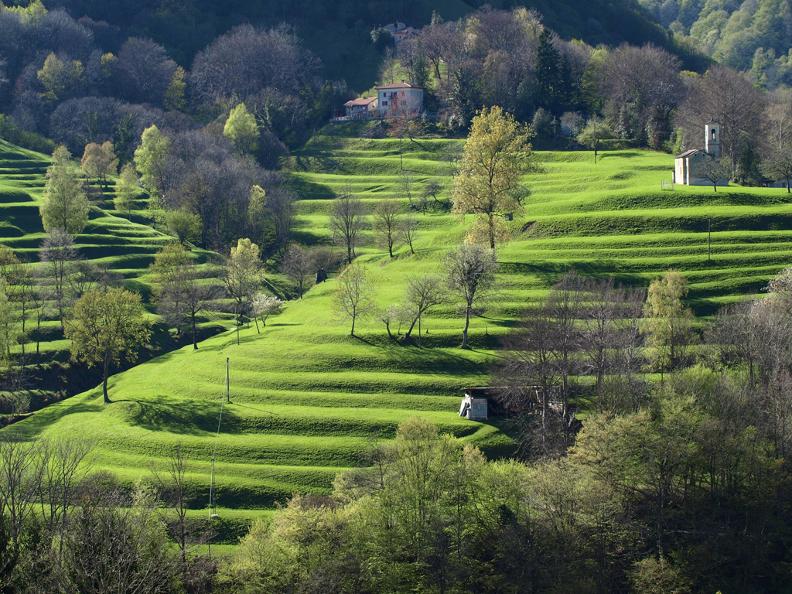 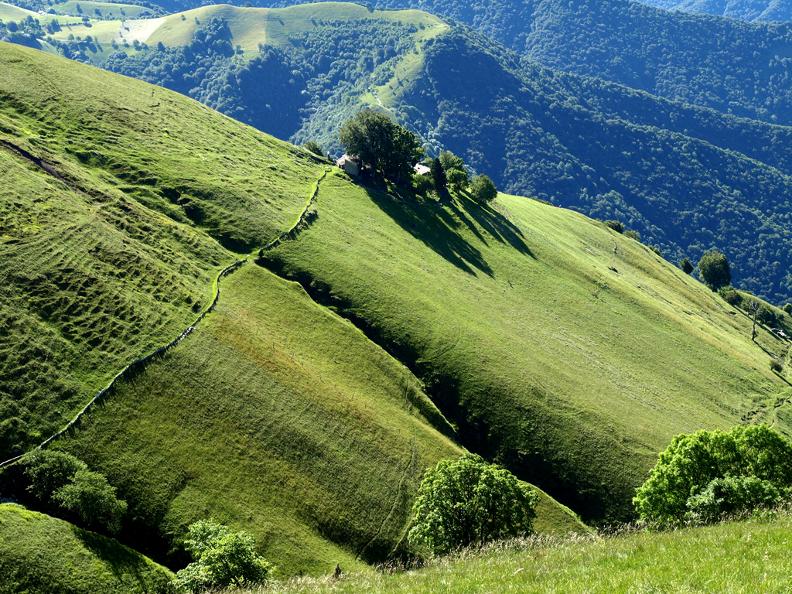 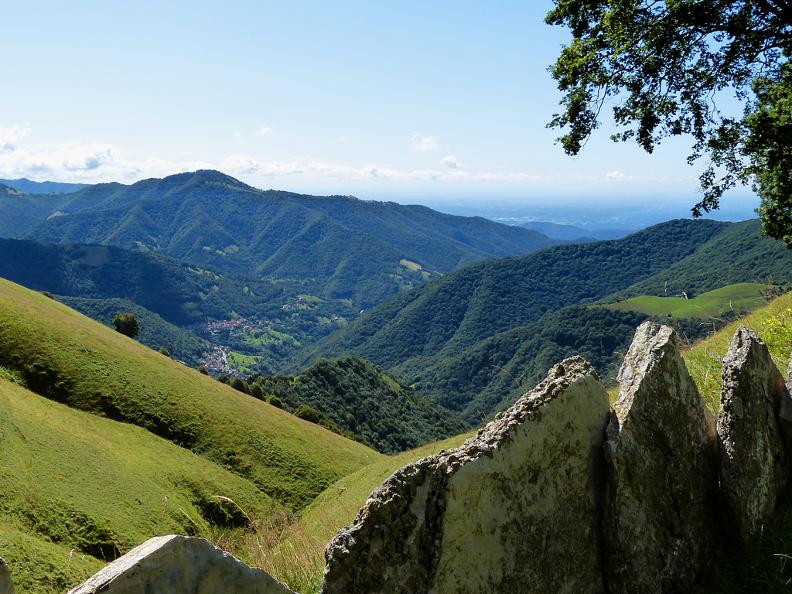 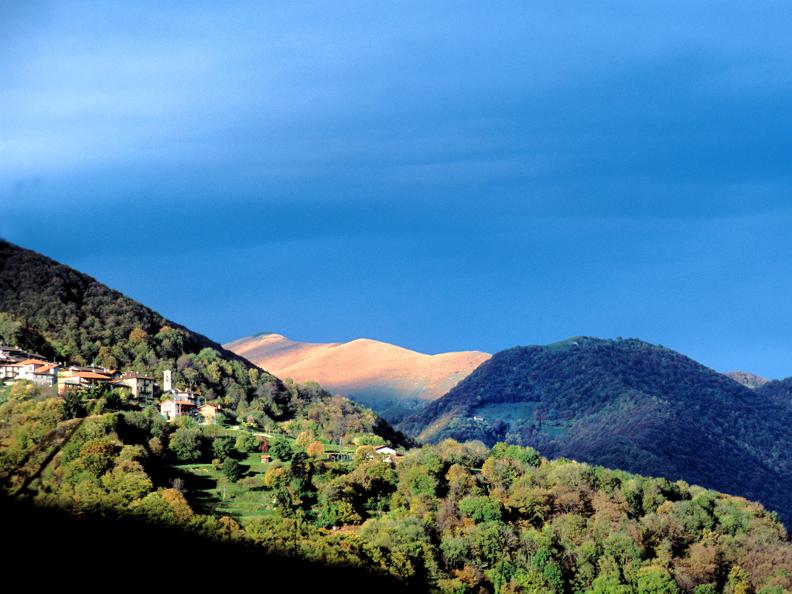 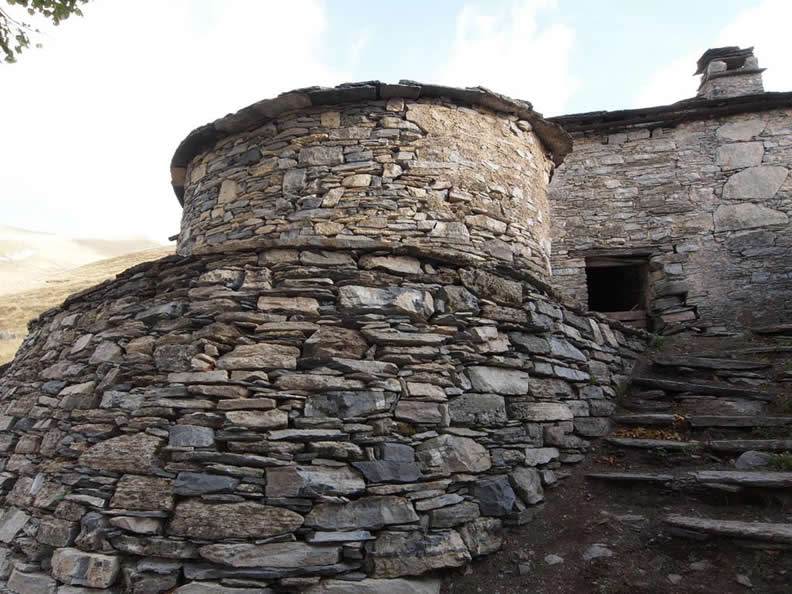 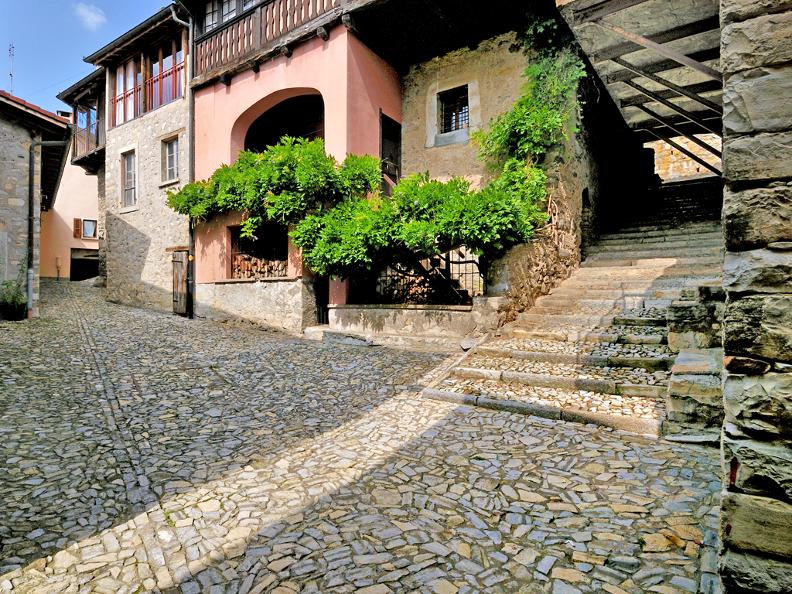 Agriculture still plays an important role in the region, even though it is no longer primary, as it was up till the first half of the twentieth century.
In fact with the arrival of motor cars a daily commute has spread from the valley to the plain.
Thanks to the major mobility of the population, since the second half of the 20th century  the valley has been able to avoid the risk of depopulation and the number of inhabitants in almost all the communes has even remained stable.

The characteristics of the valley are peace and quiet, beautiful scenery, unspoilt surroundings. In fact, almost all of the territory is made up of alps and woods at an altitude of between 300 e 1,700 metres above sea level.

For the keen walker the flora and fauna are of special interest. In the valley various species of trees (birch, elm, beech, chestnut, nut) and flowers (cyclamens, primroses, violets, gentians, as well as alchemilla {lady’s mantle} and hellebore) can be found.

Numerous species of birds are present: nuthatches, wrynecks, magpies, titmice. Other animals can be added: small vertebrates like moles and rodents; big mammals like chamois which can be found in number in the area of Generoso, often in little groups of three – four; last but not least since the 90s deer and roe deer.

Thanks to the efforts of the Museo Etnografico della Valle di Muggio various buildings of historical interest have been restructured (the Mulino di Bruzella, bird-nets in Scudellate, ice-pits) which give added interest to excursions in the valley.

For a one-day hike an excellent idea is to opt for the climb to Monte Bisbino. You can choose to leave from Sagno or from Bruzella, since in both cases the peak of the mountain at 1,325 metres above sea-level can be reached in two hours.

The climb from Cabbio to Sasso Gordona (1,410 metres), which takes a little more than two hours, is also fascinating. The mountain is in Italian territory, therefore it is necessary to take a passport or identity card.
For safety reasons we advise the hiker against attempting the climb on the last part of the Sasso Gordona (the mass of rocks which rises in front of the Prabello Hut) as it is really dangerous.

The trail from Muggio to Bellavista winds through changing, varied vegetation, sandwiched by the pastures man has seized from nature.
Points of interest on this walk are the Oratory of St. John of Tur, a building which dates back to the 17th century, and the bird-net situated at Pianspessa, a stone tower once used to catch birds. The panorama which can be enjoyed from the Cascina d’Armirone is charming.

From Bellavista it is possible to return to Muggio passing through Muggiasca and Roncapiana, or else to continue to the peak of Monte Generoso with the rack railway or on foot in an hour and 10 minutes.